When distributor of professional hair and beauty products SBH UK & Ireland wanted a complete storage solution for its new NDC in Walker Park, Lancashire, it turned to BITO Storage Solutions. 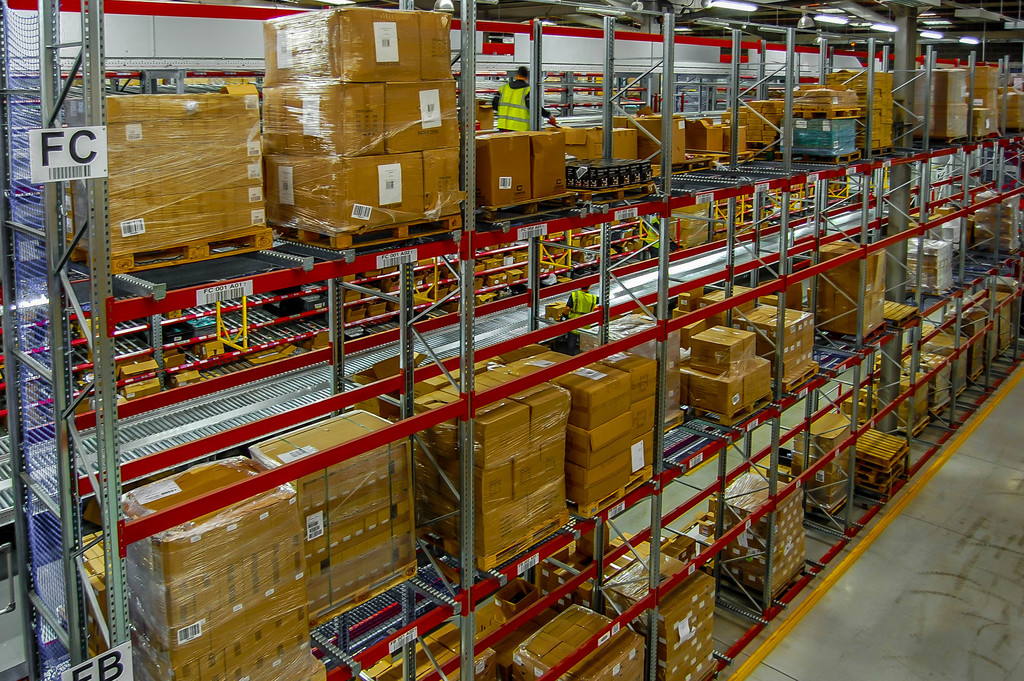 In addition to pallet racking and boltless shelving BITO provided pallet and carton live storage, integrated with a Dematic conveyor system, as well as designing a multi-tiered mezzanine to house it.

SBH moved into the 194,000 sq ft NDC in the autumn of 2012. BITO produced its storage and picking solution for SBH UK & Ireland’s wide range of SKUs based on Dematic’s designs for its conveyor system. A mock-up carton live bay was built by BITO at its Experience Centre in Nuneaton, which allowed SBH UK & Ireland to examine various configurations of shelves and rollers. 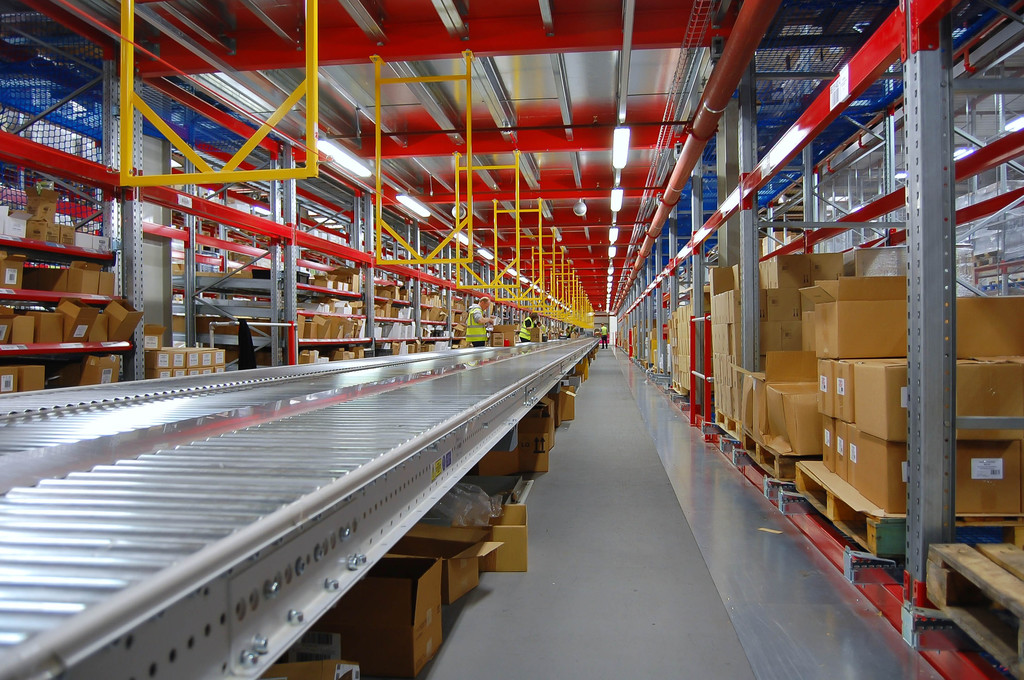 "The initial selection was made because of the quality of the materials they use, the reference site visits were impressive, their ability to demonstrate and show their equipment in their UK HQ was a definite bonus and lastly all of the staff in BITO UK came across as both extremely knowledgeable and also very professional. It was an easy selection decision that was made by a joint UK-US team from SBH.”

BITO installed most of its design before Christmas, with SBH commencing operations in January 2013.

At the heart of the NDC is the live storage order picking area, which comprises two multi-tiered mezzanine structures that mirror one another. Running down the width of the warehouse area they are linked at one end by a walkway. This structure gives SBH three levels of live storage picking, which optimises space by using the height of the warehouse. Between the two mezzanine structures are two pallet racks of bulk storage for replenishing the fastest moving stock on each run.

Each of the picking area’s three storeys features carton live picking on one side and pallet live on the other. The carton live has five levels of lanes that are 2.7m wide between uprights x 2.7m deep. This gives 30-40 pick locations per bay, depending on the size of product. The roller tracks can be adjusted to suit the needs of capacity and stock profile. 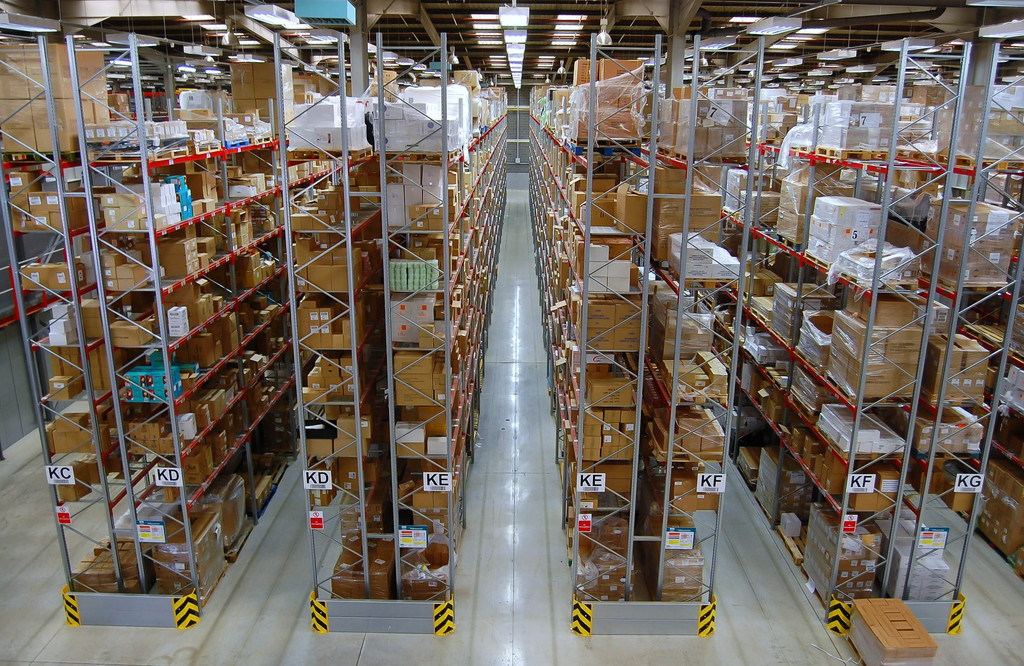 Goods in the carton live are stored in their cardboard shipping boxes and because SBH UK & Ireland likes to recycle what it can, it reuses empty boxes as order totes, making up new cardboard totes when necessary. Pickers, using wrist-mounted scanners and terminals, travel up the aisles picking items from the locations into the order tote boxes, pushing them along a central roller conveyor as they go. The fastest moving SKUs are picked from the pallet live lanes – which are two units deep.

Empty boxes are sent via a conveyor above the picking conveyor for recycling. On the pallet live side, BITO provided empty pallet returns.

Replenishment aisles either side of the two mezzanine runs allow man up forklifts to replenish the carton live on all three storeys, while reach trucks replenish the pallet live. 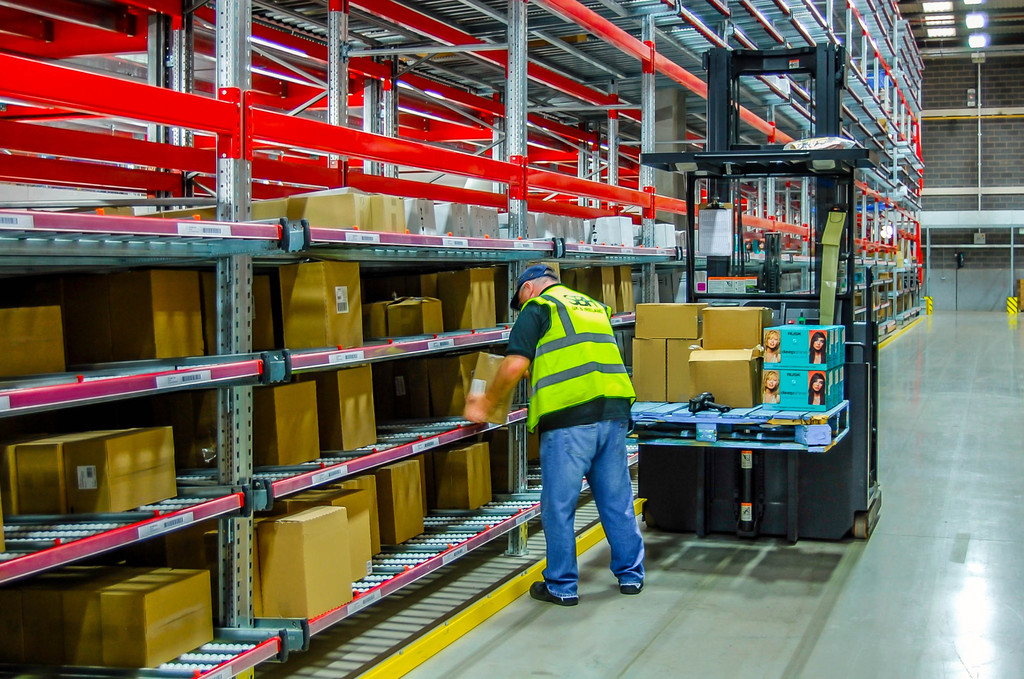 When picking is complete, the boxes are sent via a powered conveyor to a spiral unit at the end of the floor to continue to the next picking level of the mezzanine if required and then to the despatch area via transport conveyor.

The racking structure for the live storage is designed so that it also supports the mezzanine. For the area that supports the greatest loads, BITO provided a double post system that uses a heavy upright to support the mezzanine floor and a lightweight, side-punched upright behind it, for the carton live rack.

The far side of one of the mezzanine runs spreads out to provide an area for standard BITO Boltless Shelving. This holds the slower moving smaller SKUs. Because BITO supplied the mezzanine as well as the shelving, it was able to design the mezzanine’s steelwork grid to fit in with its standard shelving modules, thus optimising space. Not having this coordinated design runs the risk of lost volume from mezzanine supporting columns breaking up the shelving runs. This is why it is important to see a mezzanine as part of the storage system rather than the building. 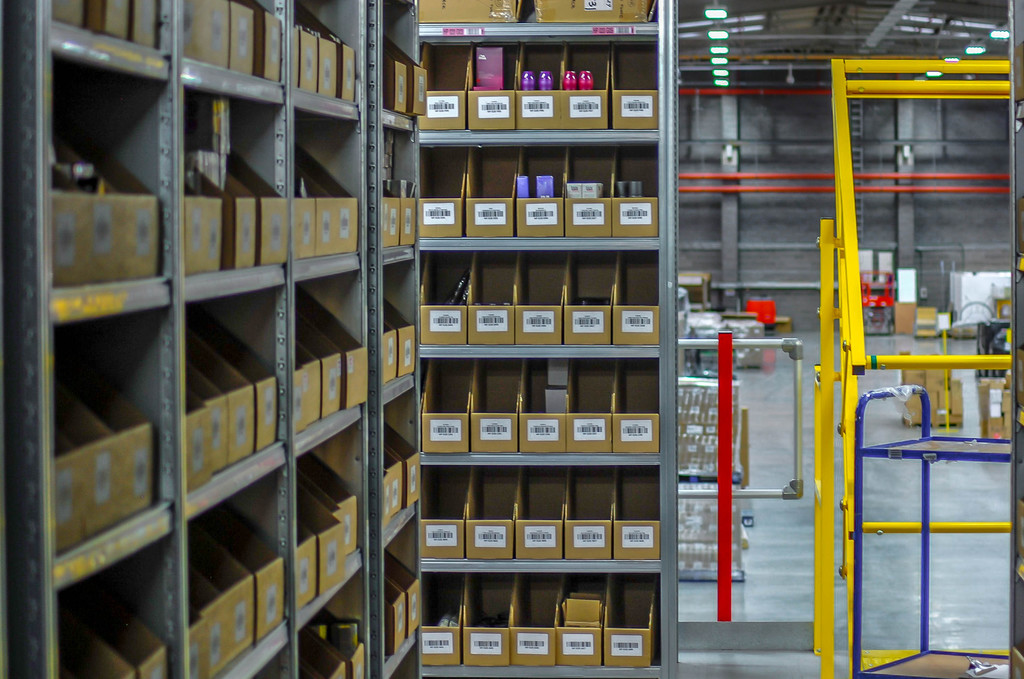 Flanking both sides of the order picking mezzanine area are bulk storage areas where 13 aisles of BITO’s PRO Pallet Racking, just over 10m high, provides bulk storage in 2.7 metre wide x 900 mm deep bays to house SBH’s mix of standard Chep and Euro pallets. There are numerous pallet configurations, such as half and low pallets, requiring different beam levels. At one end of the warehouse is an area for holding flammable goods that requires extra sprinklers in the racking with wire mesh shelves, as well as a caged-off, high-risk zone for picking aerosols.

"BITO’s system is performing exactly as promised and we have had no issues whatsoever. It is a carbon copy of a design of the warehouses we run in the USA, although the US warehouses are typically much larger than the one at Walker Park.

"What impressed me about BITO was that when the inevitable issues arose during installation BITO brought the challenges to us, with the proposed solution, and then delivered what they promised. There was never a need for us to chase them: they were open, honest and delivered to the agreed timescales. Both the project management and the physical installation were handled very professionally and that is why we requested that BITO be part of the next phase of the Walker Park project.”