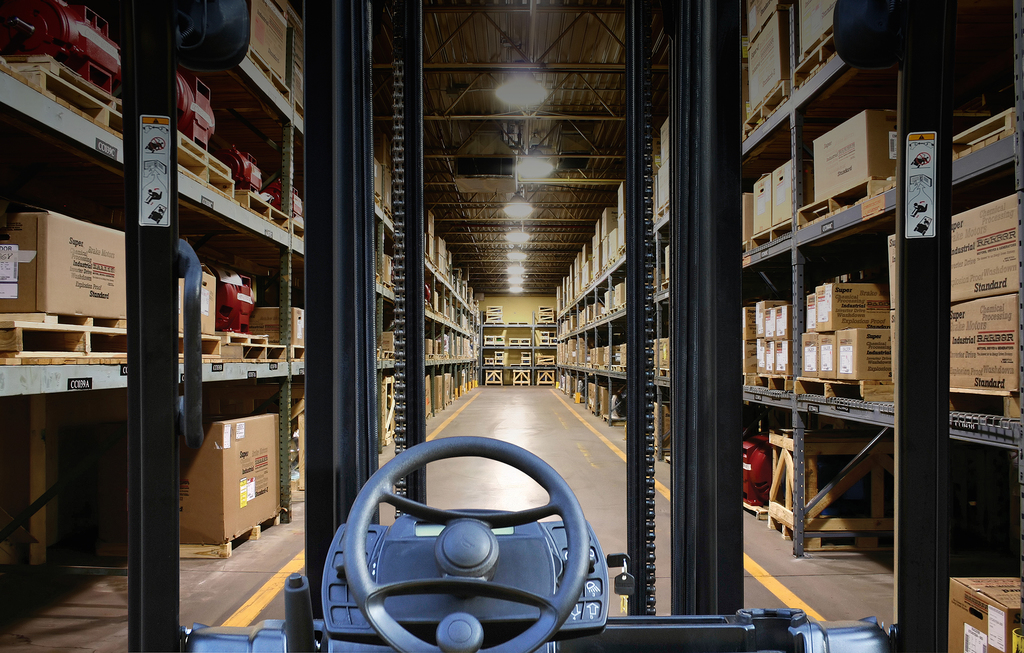 Yale has redesigned its 3-stage FFL and 2-stage LFL masts to  optimise operator visibility and extend service life. The new designs include new chain placement and hose routings to maximise the forward window through which the operator can see the forks as well as the 180 degree panoramic field of vision.

Changes to the design also contribute to increased mast rigidity and hydraulic hose life, extending service intervals and reducing maintenance and repairs over the product’s lifetime.

Mast lowering speeds have also been increased, in product testing two additional full capacity loads were handled every hour. Over the year, this could equate to more than 3500 loads, a figure that could on its own make a dramatic impact on any operation’s productivity levels.”

The fork spread can be adjusted from a minimum inside dimension of 50mm, allowing specialist tools to be engaged, through the normal load handling requirements, up to a maximum outside edge width of 852mm, providing maximum support for wider loads.

Explaining the benefits Mat Allen, NMHG counterbalance product strategy manager, said: "Essentially the main advantage of the Yale side shifting fork positioner is that it allows the fork spacing to be adjusted from the operator’s compartment eliminating the need for the operator to manually adjust the forks for different loads. In many mixed load applications this could be as many as 50 - 60 times a day. By reducing one of the operator’s physical operations we are helping to reduce fatigue. The truck’s hydraulics take the strain instead of the operator.

"By reducing one of the operator’s physical operations we are helping to reduce fatigue. The truck’s hydraulics take the strain instead of the operator.”

"In addition, as the mast capacity of the truck is not affected by the use of the integral side shift fork positioner the full capacity load can be handled. This results in an increased capacity of 60kg more per load when compared to the hang on type of attachment. In an intense application this could equate to handling 3.6 tonnes more per hour. Based on moving 60 loads an hour this could equate to 21.6 tonnes per shift; or 108 tonnes a week!

"The ergonomic and productivity benefits can be clearly seen. What’s more, the ability to control the fork spread from the driver’s seat also offers substantial time savings in mixed load applications where the operator would normally be manually adjusting the forks for different loads, often several times per shift. This could amount to as much as two and a half hours a week of an operator’s time.”