UKWA discusses how a Yes vote could impact 3PLs

A ‘yes’ vote in the forthcoming Scottish independence referendum could have significant ramifications for the logistics industry and the wider business community, says UKWA’s excise goods specialist, Alan Powell.

Powell says a Scottish ‘Yes’ vote in the forthcoming independence referendum will, for example, force businesses and tax collectors to re-think their control methods for alcohol, tobacco and oil – products subject to high duties and fraud which currently bring in well over £40 billion a year to the public purse.

"If Scotland were to become a separate EU Member State, the excise duty paid in England or elsewhere in the UK would not "count” in Scotland.

"The system would apply in reverse for goods sent from an independent Scotland to the rest of the UK.

"This would lead to a risk of business snarl-ups and cash-flow jeopardy for cross-border business. Believe me, you really do not want to be involved in this administrative and fiscal nightmare.”

According to Powell, the solution would be a "total duty suspension” scenario, meaning excise goods remain in duty-suspension if they are intended to move (or might be moved) between the two Member States.

"To do this, you would need to apply to HMRC to be approved to deposit or store excise goods in a third party warehouse or, if the size of your business warrants it, set up a "bond” of your own,” Powell explains.

"The total duty suspension option also requires the Scottish side of the transaction to be prepared to receive those "bonded” goods. These movements have to be controlled under the Electronic Movement and Control System (EMCS) and require movement guarantees to cover the ‘risk inherent in the movement’,” he adds. 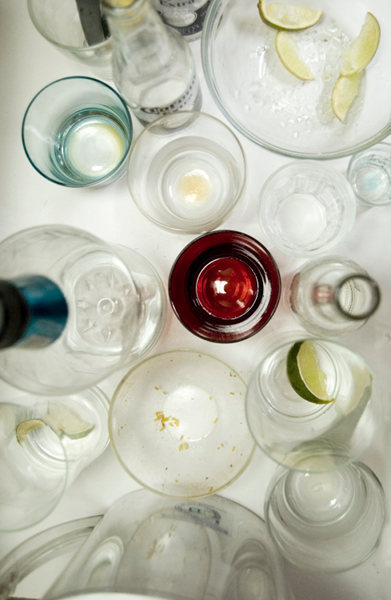 Currently, large and established alcohol excise businesses will use the tax warehousing system to move alcohol within the UK and rest of the EU but a move to an independent Scotland would lead to a dramatic increase in the number of companies using the system on both sides of the border - creating extra work, cost and risk for business of sanctions being applied if even a minor administrative error were to occur. It would also mean extra difficulties for moving and releasing spirits under the "tax stamp” regime.

"In the event of ‘yes’ vote, one would expect to see a proliferation of "tobacco tax warehouse” applications to enable tobacco products to remain in duty-suspension for "export” between the UK and Scotland. This could be of benefit in terms of cash-flow to wholesale customers of the tobacco companies, since there is no duty (or VAT on the duty) payable on the product whilst it remains in duty suspension. For Scottish Revenue, it means more compliance resources required and more revenue risk,” warns Powell.

In terms of oil, the situation is pretty much the same as for tobacco, although clearly it is easier to move cased tobacco goods between duty-suspended storage sites/depots and certainly more flexible.

"However,” adds Powell: "Scottish independence would eliminate the unlawful UK policy on restriction of duty suspended movements of petrol and diesel and other fuels between Scotland and the rest of the UK. This would free the PetroIneos refinery at Grangemouth to supply duty-suspended oil to valuable sites in England. In reverse, UK refiners and other businesses could look at duty-suspended possibilities in Scotland. Furthermore, an independent Scotland could make its own policy about movements of all fuel within a Single Member State to protect its fuel resilience programme and free from the dogmatic policies of HM Treasury and HMRC.”

Powell concludes: "Under EU law, excise duties have to be levied at a minimum rate by the Member States but there is no maximum rate. The duty rates would have to differ very significantly between the UK and Scotland to encourage Scottish/UK cross-border booze and ciggie jaunts but it’s a possible scenario for the ‘sin taxes’ given the soundings on health from Scotland. In such a scenario, cross-border travellers can buy as many UK duty-paid products as they want for their own consumption and deprive the Scottish Exchequer.”