Goplasticpallets has echoed union concerns about insects being carried in Amazon packaging, prompting a response from The Timber Packaging & Pallet Confederation (TIMCON) that such concerns are an exaggeration. 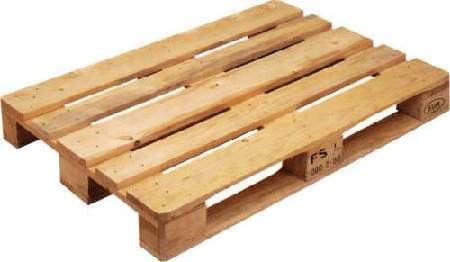 GMB, the union for staff at Amazon, called on the company to urgently conduct a risk assessment of the dangers to the health and safety of staff and potential damage to the UK economy of insect invasion in wood and other packaging of goods imported from abroad.

One member of staff at Amazon had fallen ill and suspected packaging was the cause.

Jim Hardisty, MD of Goplasticpallets.com added his voice to the union’s call.

"UK businesses using wood packaging materials for shipping goods could be putting the health and safety of staff at serious risk and causing untold damage to the UK economy”, he said.

Jim continues: "Although all wood packaging used for transporting goods into the EU or out of Portugal (a known pinewood nematode area) must be heat treated in accordance with ISPM 15 regulations to kill off pests, it’s clear that insect invasions from abroad remain a very real threat to the UK economy.”

"Poor pallet hygiene however is a much bigger topic than insect contamination alone. Mould and bacteria are other common signs that pallets are being kept in unsanitary conditions which, when using plastic varieties, can be easily combatted with regular cleaning as plastic pallets are 100 per cent water resistant. Timber pallets are much harder to preserve as even kiln dried varieties contain some moisture, making them susceptible to mould growth and blue stain fungus.”

TIMCON, however, said the plastic pallet suppliers comments were "irresponsible”.

Stuart Hex, general secretary of TIMCON said: "These irresponsible comments are at best inaccurate; at worst they are deliberately designed to mislead. They are the latest in what appears to be an ongoing campaign of negative communications, created by the head of a single company that has a clear vested interest in causing damage to the wooden packaging and pallets business.

"The original statement made by GMB – and which Mr Hardisty is now referencing – was based on comments made by one worker at Amazon; these comments apparently remain unsubstantiated. GMB went on to cite a case of emerald ash borer in North America – which is an issue of great concern for the protection of forests; not, as they imply, harmful to human health and safety. There are in place significant international phytosanitary regulations to minimise the risk of pest infestation in packaging and these regulations are rigorously enforced in the UK by the Forestry Commission.

"We are extremely disappointed that GMB has chosen to issue them without consultation with the appropriate trade association. We will be contacting the organisation directly to ensure they do not make further inaccurate statements.

"Mr Hardisty implies that wooden pallets are less hygienic than plastic pallets; in fact, wood continues to be a living plant that has natural defences against microorganisms – whereas plastic does not. Research shows that microorganisms thrive more in crevices and surface abrasions, such as those small cuts and notches caused in plastic as it is used. Mould is certainly not endemic to wood – it can also grow on plastic and other materials. Wooden pallets can simply be pressure washed, if and when they need cleaning.”