A-Safe asks, do you remember the story of The Three Little Pigs? 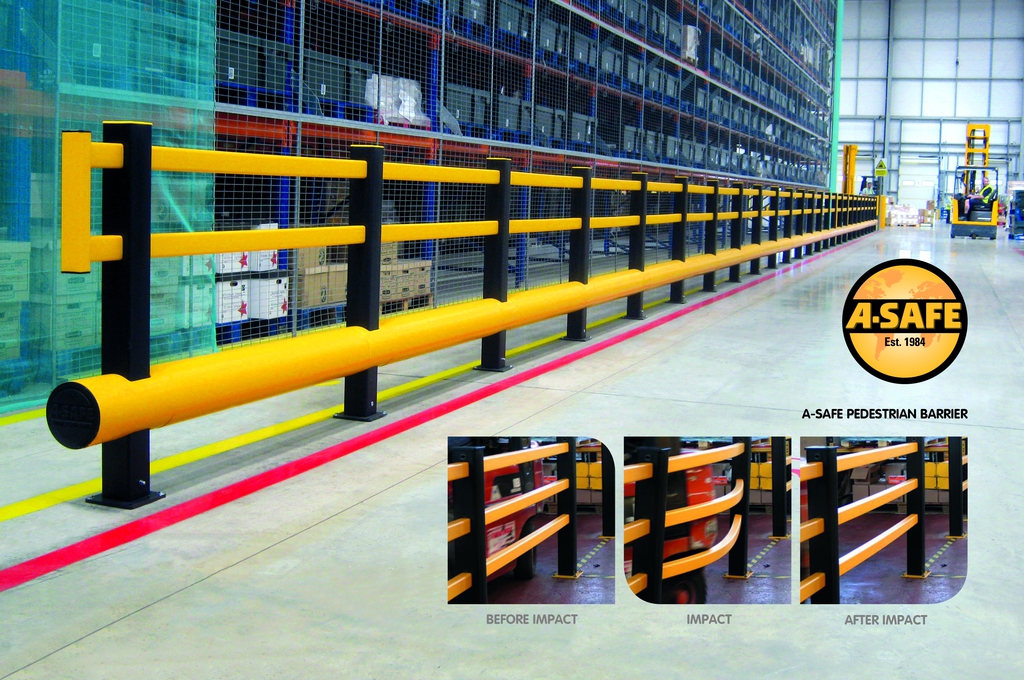 The first little pig made his house out of straw, which was a bad mistake because it offered no serious long-term protection against big bad wolves (it was, you'll recall, blown over by a passing wolf in five seconds flat).

The moral of this fairytale is fairly obvious and can be applied to real life. When it comes to workable, safety-conscious design, making products from the most suitable materials isn't just desirable. It's vital. After all, there's no point in getting the form just right if the function is all wrong, because your creation might look good, but it won't work properly – like a chocolate fireguard, or inflatable dartboard.

Incredibly, though, products in the real world are sometimes made from precisely the wrong materials, yet still end up in the hands of consumers; although it's often easy to recognise this in hindsight, because times change and so do health and safety standards.

Asbestos, for example, is a very effective and economical fire-retardant material with excellent thermal and acoustic insulating properties. Unfortunately, as we now know, prolonged exposure to asbestos fibres can cause serious and sometimes fatal lung diseases. Asbestos was duly banned as building material in the UK at the end of 1999.

Even wood can be unsuitable as a material. Back in the day, tennis rackets used to be made from wood but, trouble was, they were really heavy, which is why some bright spark started making them from aluminium, then lightweight graphite and carbon fibre.

It was the same with car bumpers. Not so long ago, cars were fitted with steel bumpers, because steel was presumed to be the best material to absorb impact in a collision. These days, however, that presumption has been roundly quashed. Now, in automobile bumper design, vintage steel is out and Thermoplastic Olefins (TPO’s) are, largely, in.

Times, standards and materials change in the world of industrial workplace barriers, too. Well, almost. Steel barriers are still widely used in industrial environments because, mistakenly, they are believed, just like those steel car bumpers, to be the best protection against vehicle collision. In actual fact, steel simply dents or crumples when a vehicle such as a forklift truck hits it – and, for an encore, it rips up the floor because all the force of impact dissipates downwards.

Yet there is a barrier material that simply springs back into shape after a collision, because it has a built-in memory. This is called Memaplex, a flexible polyolefin blend of eight materials and rubber additives that has been exclusively developed by Yorkshire company A-Safe (UK) Ltd. A-Safe make a full range of Memaplex pedestrian guardrails and vehicle check systems, including Traffic Barriers, Rack Leg Protectors and Rack End Barriers, all tested and certified to British Standards, and the results have been startling. Instead of having to replace barriers that have come into contact with a moving vehicle, workplaces with Memaplex protection report no substantial damage, even after a few bumps. And because a Memaplex barrier is strong as well as flexible, the force of impact is dissipated, with just 20 per cent of shockwaves reaching the floor.

Of course, it can take time for some products to go the way of the dodo and others to take their place. But people will always question the status quo and ask how things can be improved. Ultimately, that starts and ends with what a product is made from. Steel barrier producers can huff and they can puff all they like but, in the end, materials really do matter.