Logistics operations are required to deliver ever increasing levels of storage density and retrieval speed. As demands on performance continue to rise, so must the ability to maintain a safe working environment. 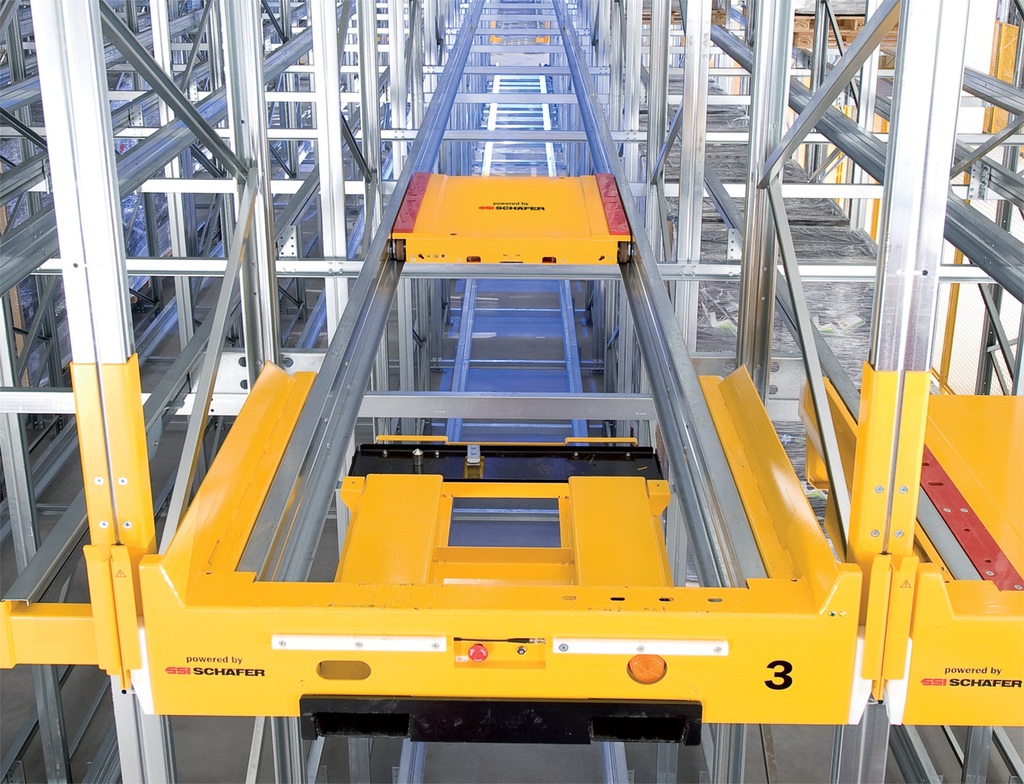 SSI Schaefer’s solution to high density storage and retrieval is a satellite system known as the Orbiter.

Setting new standards for satellite solutions, the Schaefer Orbiter System [SOS] uses a new concept for storage and transporting the unit, consisting of the satellite with a docking station, which considerably increases efficiency and performance, as well as the safety operation of the satellite storage concept. It can operate in channels in excess of 20 pallets in depth and in either FIFO (First In First Out) or FILO (First In Last Out) modes.

The Orbiter and the Docking Station are collectively designed for high density storage solutions using any type of material handling equipment. They are provided as a set, with lock-in pins safely securing the Orbiter into the docking station; preventing accidental slippage. When the Orbiter is required to be located in a specific channel, the fork-lift picks up the Docking Station with the Orbiter and locates it in the front centring console of the rack face. The docking station is designed to allow a 50mm location tolerance, thereby reducing positioning errors and eliminating operator stress. Pockets below the unit provide secure, positive location for the forks and help to avoid possible movement.

By using the concept of an independent Docking Station, the Orbiter can be quickly located in the channel. The high visibility docking station and warning lights provide warehouse operatives with a fast yet simple visual identification of the channel in which the Orbiter is operational. 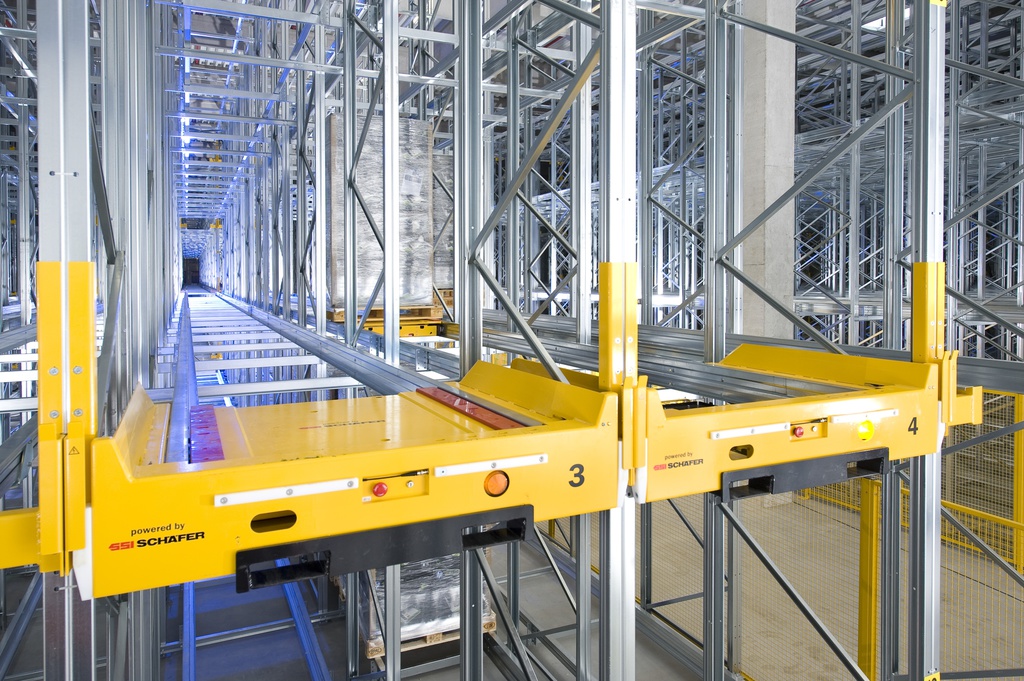 The docking station also acts as a central safety element, preventing entry into the working rack channel and comprising pallet sensors, fork sensors and hazard lights. The Orbiter satellite unit is equipped with light sensors to detect pallets and the ends of aisles. A safety light beam between the docking station and the satellite halt the unit immediately if broken by material or an operator in its path. Load stability is ensured through anti-slip covers on the load-bearing face and a combination of eight load wheels and four side-mounted guide wheels.

Each safety and control component is designed to be redundant so completely removing the risk of electrical or system failure.

The Schaefer Orbiter system can be used with any conventional fork lift. The Orbiter works in the storage channels fully independently, controlled by radio frequency using a remote control, which can be hand-held or fixed in the cab of the fork lift operator. The satellite receives its commands via the remote control, which features clear and logical icons and enables all operations to be carried out without the operator leaving the cab. All functions, such as storage, retrieval, inventory count and shuffle mode, are relayed to the Orbiter, which carries out the command automatically and returns to the docking station after each procedure.

The Schaefer Orbiter System is fitted with high performance capacitors, and utilises an in rack integrated power supply. By introducing this power supply solution, SSI-Schaefer’s engineers have designed the Orbiter to be recharged every time it enters the docking station. As power caps have a long life expectancy, it means the Orbiter can be used in deep freeze applications continuously, without loss of power or operational efficiency. As the system requires no battery change, the operational cycle time for pallet movements can be increased substantially. A safety interlock ensures that the Orbiter unit is powered-down while being transported on the docking station and a manual key switch allows the unit to be completely switched off.

Once again SSI Schaefer proves that providing an innovative solution can still be achieved while putting safety first.