Thorworld Industries has attended the bi-annual congress of FEM, the European Materials Handling Federation, where the FEM Congress outlined its plans for the next few years with the launch of Vision & Strategy 2020, a new publication that Thorworld helped to draft. 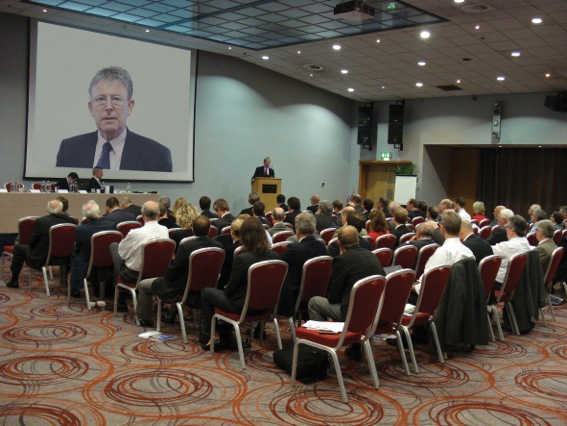 Subtitled "preserving the competitiveness of the European materials handling, lifting and storage industry", the document is designed to help shape political opinion and influence across the EU.

It is hoped that, by raising awareness of key issues such as market surveillance, FEM will be better placed to support manufacturers from threats such as unregulated equipment, and to ensure that customers benefit from reliable, high-quality and safe materials handling items.

John Meale, managing director of Thorworld Industries and Past President of FEM, was consulted on the document.  He believes it represents a major step forward in the battle to give the European materials handling industry a voice.

"FEM operates in a diversified industry, and similarly across diverse borders.  With this document, we display a unified vision on how to remove the potential for over-complexity or ambiguity, to present a single, cohesive and sustained strategy towards improving the conditions in which we manufacture and distribute our equipment.

Meale was also involved at the FEM Congress in his capacity as president of the Elevating Equipment Product Group, which looks after items such as lift tables, dock levellers and tail lifts for vehicles.

He therefore chaired a group meeting in which representatives of leading European manufacturers discussed various issues facing this sector, as well as progressing new guidance on vehicle restraining devices, to be published later this year.

Meale will also continue in his role as Past President of FEM, after the organisation took the unusual step of re-electing current president Jan van der Velden for another two-year term.