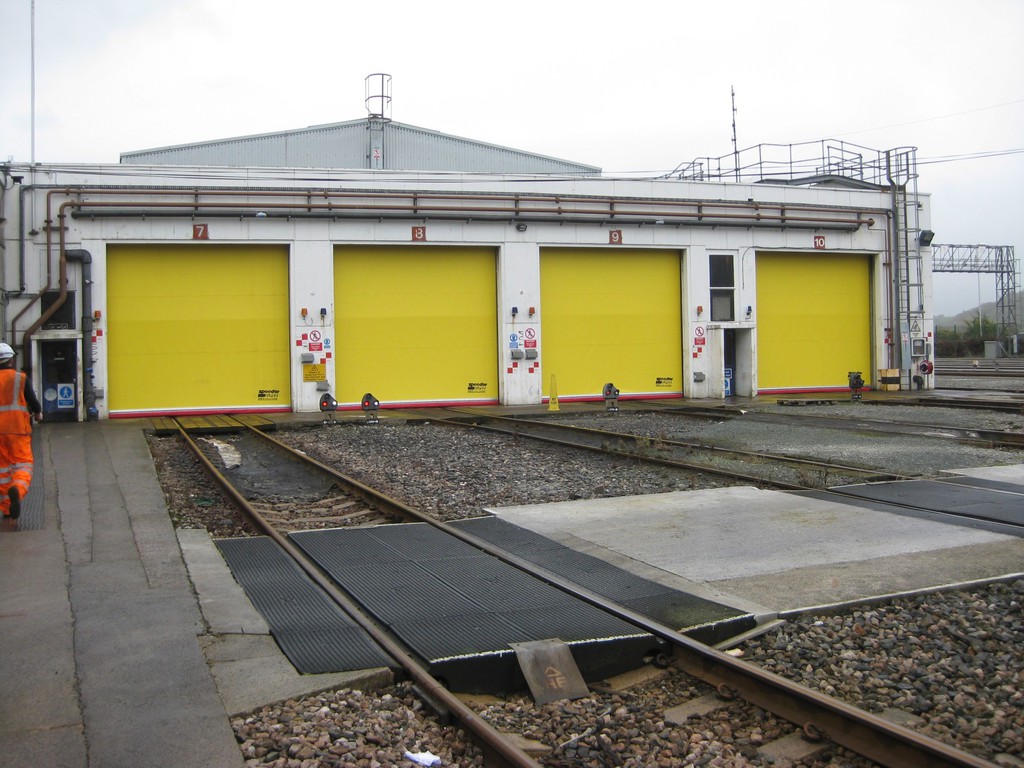 Hart’s sales manager, Julian Britnell, says Network Rail, which maintains the depot, issued a tender to carry out several depot improvements. "The doors were declared as having exceeded their "asset life expectancy” as identified in Network Rail’s policy statement,” says Britnell. "As a result renewal was required and we found Hart was replacing 14 Speedors, Hart’s high-speed door brand, some of which had been installed as long ago as 1992 and which were still operational.

"This is an astonishing length of service. To have high-speed doors still working some 22 years since installation is a remarkable testament to quality of product.”