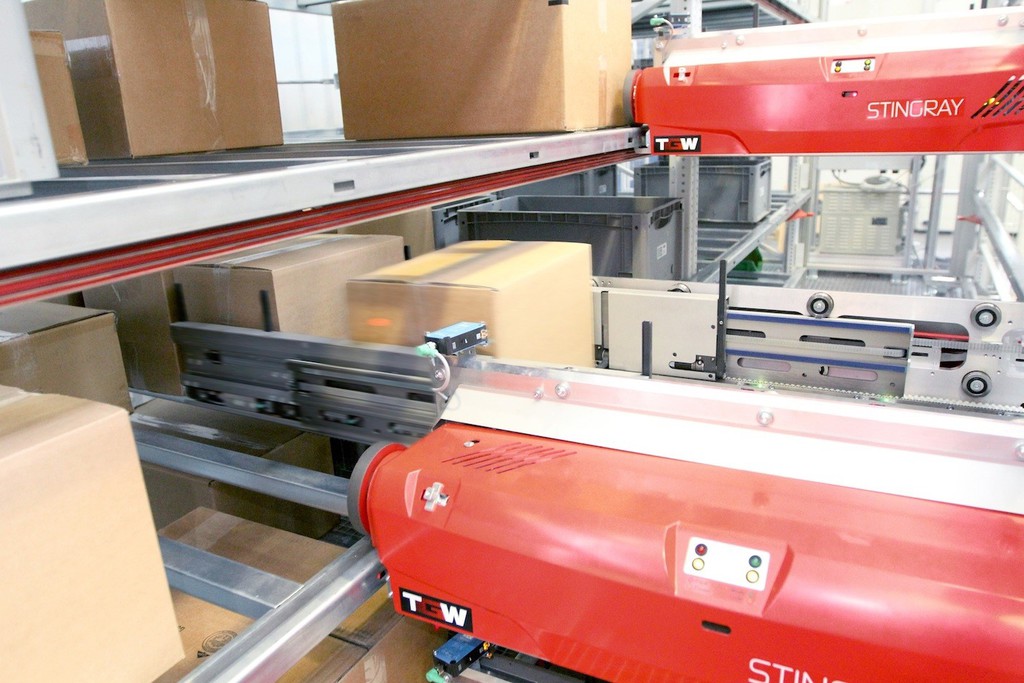 AutomationDirect’s growth and its ability to continuously meet its customers’ requirements necessitated the expansion and automation of the company’s current operations and processes.

TGW is deploying a shuttle-based Goods-to-Person strategy within AutomationDirect’s existing 40ft high building. This part of the system consists of a single aisle of double-deep STINGRAY shuttles storing nearly 5300 totes.

In addition to the shuttle aisle, the system will provide a pallet receiving conveyor system, a two-level picking mezzanine plus 10 workstations, a carton handling system plus carton transportation conveyors connected to an existing three-level pick module and a shipping sortation system.

From the new distribution centre more than 20,000 SKUs will be distributed directly to customers. The solution that TGW has implemented will enable AutomationDirect to grow year on year while allowing the company to remain at its existing site location for the next five to ten years.