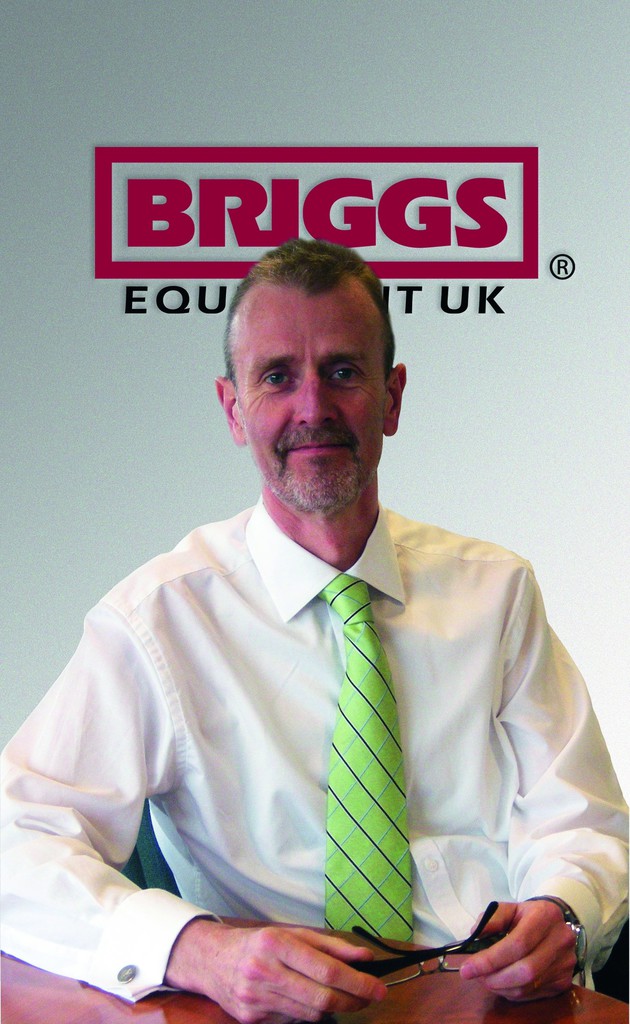 It has been said more times than most of us care to remember that hydrogen fuel cell powered forklifts are 'a mere five years away, and have been for 30 years’.

Perhaps that scepticism is no longer warranted. Car manufacturer Honda appears determined to convert as much of its Swindon forklift fleet as possible to run on hydrogen which it generates nearby using a solar panel array.

Briggs Equipment has converted two forklifts to run on Hydrogen at the site, as part of a broader initiative by Honda which uses hydrogen in a number of applications and which has an ultimate goal of making the site self sufficient in energy use. That point is a long way off, but the car manufacturer is determined to work towards the goal, particularly as the benefits of using alternative fuels are only really secured in substantial, high intensity scaled-up operations.

Briggs Equipment CEO Richard Close explains: "The economics in the right application are impressive. In a large operation (over 75 trucks) with high capacity, triple-shifted, electric operation, this is a no-brainer. It allows the user to take all that battery management out. The big square retail distribution box will lend itself to this sort of innovation.

"It does have to be part of an over-arching policy by the customer. They have to want a low cost and carbon neutral facility. But forklifts are a real driver of it.

So, how did Briggs get involved with this initiative?

Richard Close continues: "Honda’s aim is to have a carbon neutral plant, basically running on hydrogen. Two years ago, they contacted their suppliers and asked of we wanted to be a part of it and we immediately said yes.

"We were involved from the first stage and had to build from the ground up. Nacco and other partners had experience from around the world which we were able to learn from, but ultimately this became a UK-run project managed by us and we have now built up a lot of expertise.”

The two forklifts at the Swindon site are said to be the first hydrogen-powered 80 volt counterbalance trucks in the world. A pipe transports hydrogen from the on-site generator to a dispenser in the engine plant, which the forklifts hook up to. The trucks also have a lithium-ion battery, with the fuel cell acting as an ‘onboard charger’.

The forklifts take five minutes to re-fuel, can be topped up any time during a shift and a full tank will last for up to five and a half hours.

Briggs Equipment’s technical manager Trevor Clifton, who manages the Honda project, says: "Lifting capacity is unaffected by using fuel cells as opposed to another power source and from a driver’s point of view the trucks handle the same. That said, there is not the noticeable drop off in performance as with lead acid towards the end of the shift.”

Due to the R&D Briggs put into the project, the early trucks are effectively ‘bespoke’ and therefore high cost - some £100,000 per vehicle. Now application is established, further trucks will cost £38,000 each. Briggs predicts return on investment for Honda in a ‘short number of years’.

Clifton predicts that as hydrogen forklifts take up a larger market share, it will become prudent to build trucks around the technology. For example, fuel cell units are expected to last as much as 12 years, considerably more than the 5 years typically expected from a lead acid battery. This means manufacturers may start to use higher performance components in a bid to extend truck life.

Richard Close has high ambitions for the hydrogen forklifts at Honda and beyond. 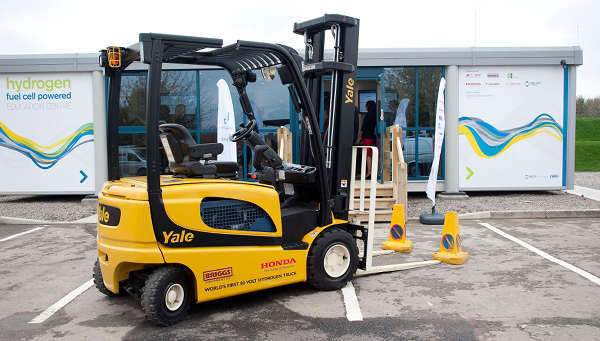 As well as highlighting Briggs Equipment’s willingness to grasp innovative technology and put it to use, it shows the importance of the MHE supplier’s partnership mode of working with its longer serving customers.

"This type of project,” he says. "works where we have a deep understanding of the customer and we’re in it for the long term. Not many other forklift suppliers could do this because they don’t have the outside-the-truck experience.

"We are less focused on the forklift, and more focused on the customer’s operations.In this instance, we’re not simply changing forklift fuel choice, we’re helping Honda innovate their business.”

Another example was when Briggs was working with a distribution company with two issues, an ineffective forklift fleet and the inability to fund a mezzanine floor which would transform their business. As well as replacing the out-moded MHE fleet, Briggs funded the mezzanine floor build.

Richard explains: "We wouldn’t go to market with this, but for a good, long term customer of course we would help. That’s the partnership ethos.”

Richard adds that the long term plan of building an independent distributor is coming to fruition. He lauds the conversion of the franchise to Nacco and taking on Barloworld as giving Briggs both the product and the scale to make an impact.

"The Barloworld business is integrated. We took a view to integrate very quickly. The difficulty was cultural, Briggs was entrepreneurial and customer focused, while Barloworld was a corporate forklift dealer. The biggest challenge was convincing Barloworld middle management that the focus of business is long term and on satisfying the customer, and they’ve either got it, or gone.”