New commercial freight plane to be based in Yorkshire

A Yorkshire Airport has welcomed a Boeing 727-200 aircraft to its newly refurbished hangar in a new partnership with British company 2Excel Aviation which will further boost its cargo activity. 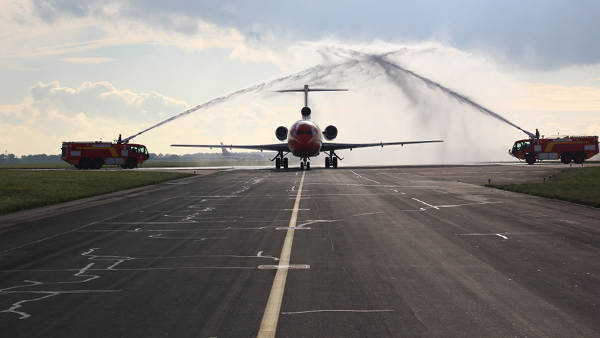 The B727 aircraft will be used to support cargo operations from Robin Hood Airport Doncaster Sheffield, including chartered flights to relevant locations around the world under the Anglo World Cargo operations activity.

Steve Gill, managing director of Doncaster Sheffield Airport, said: "The partnership with 2Excel is great news for the Airport and shows that the reputation of our cargo terminal and our provision of logistical expertise is growing worldwide.

"The additional aircraft joining our cargo operations will enhance our international trade activity even further as the amount of freight being transported continues to increase, and this can only be positive news for the regional economy.”

Doncaster Sheffield Airport’s Cargo Terminal consists of 55,000sqft of operational space and has a full range of equipment and facilities capable of handling any aircraft.

This, coupled with the airport’s 2,893m runway, means through Anglo World Cargo, it has the ability to handle all aspects of airfreight from the smallest parcel to bespoke charters of large cargo aircraft, such as Antonov-225s.