Royal Mail has revealed it has issued a tender for parcels automation equipment to ‘help inform our business case’. 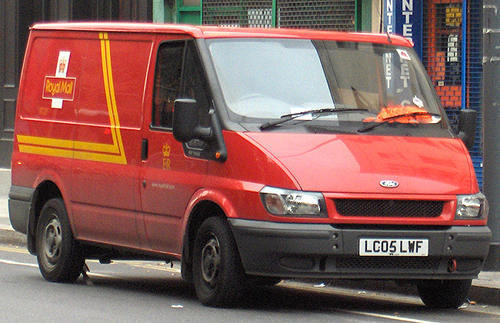 The company mentioned the development in its recently announced half year results. These showed revenues up by 2% for the six months to 28 September 2014.

Royal Mail is also expanding its tracking capability and aims to barcode the majority of the parcels it delivers by Christmas 2015. In October, it confirmed an investment of around £130 million over five years in handheld technology.

The roll-out of approximately 76,000 next generation hand-held scanners is expected to be completed in 2016-17. These new devices will have enhanced functionality, including the capability to provide interactive alerts and image capture. Royal Mail is also developing its parcels IT platform, aiming to improve customer service.

UK Mail announced its annual results with revenue level with the previous year. The company also announced the relocation of its hub from Birmingham to Ryton with full hub automation on track for completion, on budget, in May 2015.

UK Mail CEO Guy Buswell said: "The new fully automated hub under construction represents the largest strategic development in our history. Ours is a growth market that is rapidly polarising between high quality, innovative and sophisticated operators and those at the opposite end of the value scale. Against such a backdrop, the investments we are making place us at a significant competitive advantage for the medium and longer term.”

In the summer, DHL unveiled a major expansion plan investing £156 million primarily at its East Midlands Airport and Heathrow hubs. This is part of a trend within DHL "moving away from an old fashioned warehouse layout with forklifts, cages and slave pallets to an entirely automated facility with no forklifts".

The shadow of Amazon looms

Royal Mail also estimated Amazon’s own delivery network would reduce the annual rate of growth in the UK addressable parcel market by 1-2% for approximately two years.

Additional capacity in the market has contributed to increasing price pressure as players seek to fill their networks.

In her six monthly company review, Royal Mail CEO Moya Greene expanded on the key but challenging parcels market: "[In e-tail] We are targeting higher growth areas, including clothing and footwear. This is helping us to grow business with a number of large retailers and e-retailers. As we seek to increase our share of key growth segments, we are working with e-retailers to be more flexible about the dimensions of parcels, and packaging materials we will accept. Poly-wrapped clothing and footwear, including returns, can be delivered cost-effectively on foot using trolleys.

"We are offering more support to eBay sellers – key customers of ours. Royal Mail and Parcelforce Worldwide are one of the few delivery providers for eBay’s click and collect service with Argos stores across the UK. We have also strengthened our strategic partnership with eBay by enabling buyers who want to return items to track their parcel through to delivery back to the seller.”