Big Bear Confectionery invested in making its manufacturing process faster and more efficient while at the same time reducing cross contamination between products. 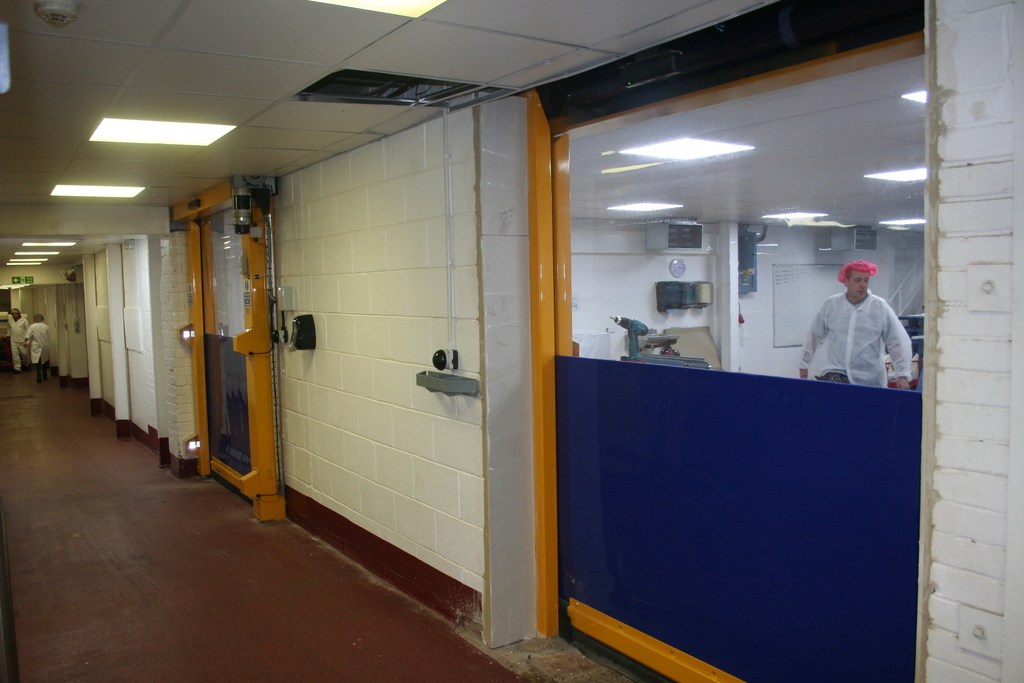 Although still functional and operational the decision was made to upgrade the high speed doors at the facility.

Part of this project was to create a one way system through the process room with the aid of two of Klimate’s high speed doors. As all of the doors made by Klimate are bespoke, Big Bear stated that they would like to be able to see outside of the room at all times so the doors were constructed with the top half completely transparent, allowing for people entering and leaving the room to see if it is safe to do so.

Having previously had two high speed doors installed by Klimate, Mark Walsh from Big Bear was well aware of the quality of both the product and the workmanship of the engineers.

"We have two larger doors already on loading bays and are more than happy with the doors and more importantly the response times should we ever need an engineer to attend site.”

The room where these two doors are situated has been completely transformed from what it was to what it is now – a modern, clean, and efficient food production area. The decision has already been taken to have a similar sized door installed across the corridor from these on a room which currently houses nuts. This door could be interlocked with the production facility to prevent any possibility of cross contamination.