Thousands could be operating illegally

Following news that a North London meat company has been fined for failing to carry out routine inspections, Mike Mathias of CFTS – the national body for the Thorough Examination of fork lift trucks – has warned that there could be many thousands of trucks operating illegally. 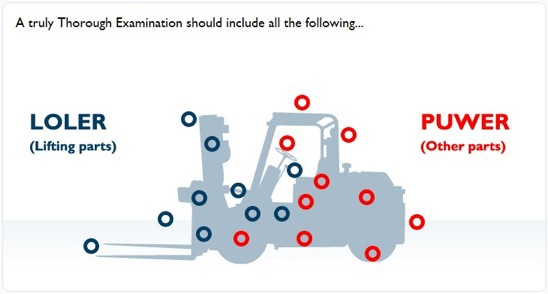 MIB United Meat, of Enfield, Middlesex, was prosecuted by the HSE after admitting three breaches of safety legislation. The court heard that, on asking to see the vehicle examination records for the company’s 2.5t counterbalance forklift truck, an HSE inspector received a document via email which proved to be a fraud.

HSE found that the forklift truck had never been examined – as required by safety rules for lifting equipment – since being purchased in August 2011.

A specialist mechanical inspector from HSE, who examined the forklift in April 2013, found more than 40 faults, including some that could have endangered its operator.

But, according to CFTS, this infringement could simply be the tip of the iceberg – with well in excess of 300,000 masted fork lift trucks believed to be in current operation.

CFTS Chairman Mike Mathias explains: "Although shocking, this case is not as exceptional as it should be. There are many truck operators who are unaware of their responsibilities.”

According to the HSE, "Thorough examination of industrial lift trucks is required under health and safety law: LOLER 1998, which covers lifting equipment, and PUWER 1998, which deals with all other safety-related items, such as brakes, steering and tyres.”

Mathias adds: "Just like a car’s MOT, every fork truck needs a Thorough Examination at least every 12 months – and it could be even more frequently depending on the type of truck and the individual application.

"I would urge anyone who is unsure of their position to visit the CFTS website where they can find out which parts of the fork lift truck should be inspected and how often a Thorough Examination is necessary. In addition, they can find out where to get further advice from CFTS accredited companies in their area.”