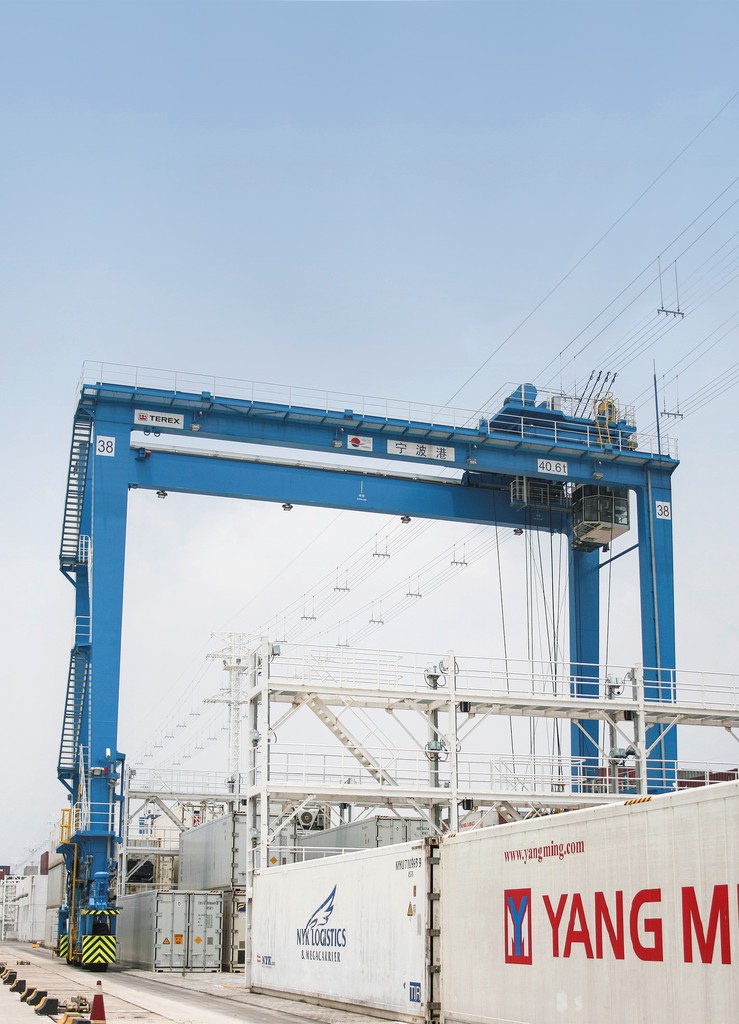 The cranes will be delivered in two batches to Ningbo’s Yuandong Terminal in the Port of Ningbo, situated some 100 km south of Shanghai. The first six units will be commissioned in June 2015, the remaining four in October 2015. The new cranes will be manufactured at the TPS facility in Xiamen, PR China. The number of Terex RTG cranes will grow to 177, operating in seven terminals of Ningbo, the fifth largest container port in the world.

The business relationship between Ningbo and TPS began in 1999. The initial order included twelve Terex RTG cranes delivered to the Beilun Terminal. At that time, the terminal was one of only two operated by Ningbo. Due to its rapid development and the opening of new terminals, in particular, Ningbo soon purchased from TPS on regular basis.

The customer’s continued confidence in TPS is, above all, based on the performance of the cranes, explains Jinkun Wu, President of Ningbo Port: "RTG cranes from TPS are highly productive, and the first twelve units are still working reliably in our Port Beilun Terminal.”

In addition, the establishment of a TPS service centre in the Port of Ningbo also provides for efficient operation of the Terex RTG cranes, contributing to Ningbo’s extraordinary growth in the past years. Wu continues: "The fact that we have permanent and exclusive access to the proactive and efficient TPS service team, as well as to spare parts, has helped us to keep the availability of our cranes as high as possible.”

The new cranes do not generate any local exhaust emissions and only low noise emission as they are supplied with power from the terminal’s electricity supply via overhead power lines. Other Terex E-RTGs of Ningbo’s fleet are configured for power supply via cable reel or bus bar, depending on the infrastructure in the respective terminal.

Terex RTG cranes can stack up to 1 over 6 high-cube containers and can be configured with spans that cover up to seven container rows and a roadtruck lane, with a lifting capacity under spreader of up to 65t. The new cranes for Ningbo will have a lifting capacity under spreader of 40.6t, with a hoisting height of 18.24m. They will stack 1 over 5 standard containers and, due to a span of 23.47m, cover six rows of containers and a truck lane. For a dense container stacking and handling, TPS also offers Terex rail-mounted gantry cranes and Terex Gottwald automated stacking cranes.