The YLOG-Shuttle system enables shuttles to move both crosswise and lengthwise in a store by rotating. 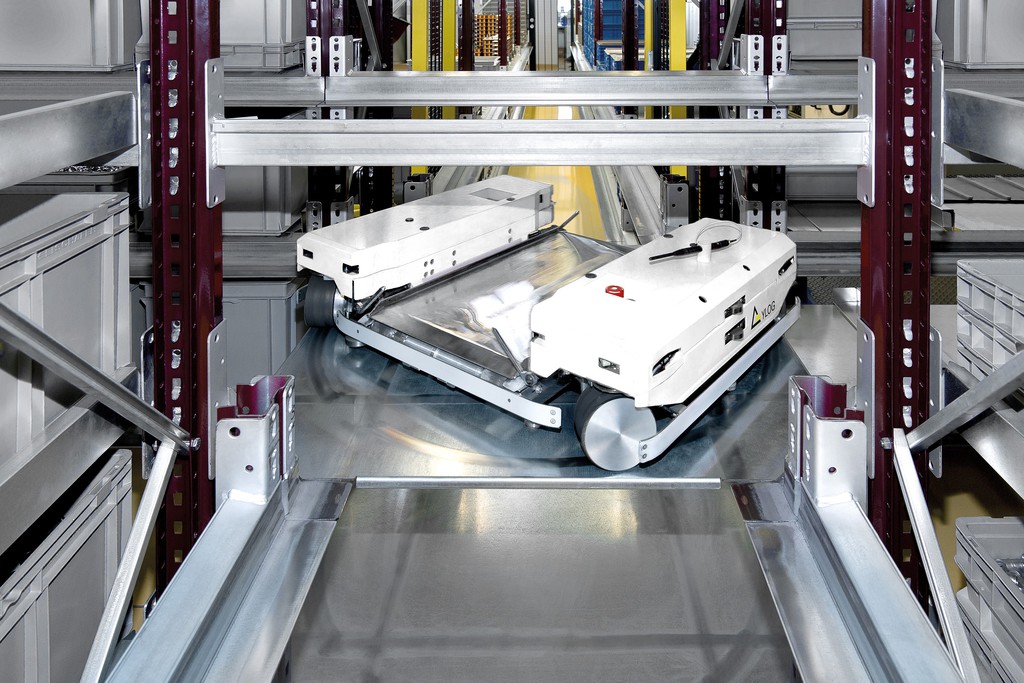 The YLOG shuttles move between levels via specially designed lifts, so a single shuttle can automate an entire rack system.

Modular design allows more shuttles, racks or lifts to be added to suit higher throughputs. Existing customers include the automotive supplier, MSG Mechatronic Systems, located in Wies, Austria – which recently ordered an extension to its YLOG-Shuttle system – and NOCH, the model railway accessories specialist, based in Wangen, Germany.


"The YLOG shuttles move between levels via specially designed lifts, so a single shuttle can automate an entire rack system."

Craig Rollason, managing director of KNAPP UK says: "With swivelling wheels and an innovative power supply system, YLOG shuttles can move in either direction within the racking by rotating. This allows them to reach every location in the store and also - through the addition of spurs - to serve workstations directly. This capability makes the YLOG solution especially suitable for production or assembly applications.”

With the racking easily fitted to the structure of an existing building, the system is easy to install and expand. The free-moving YLOG shuttles are available in three standard sizes and the system's cost/performance ratio and excellent energy efficiency give a clear advantage over conventional stacker cranes or vertical carousels, says the company.

"The YLOG solution is especially suitable for production or assembly applications.”

With its first year under its belt and new premises open, YLOG Industry Solutions, a wholly owned subsidiary of KNAPP AG, is looking to the UK for potential customers for its revolutionary extension of shuttle storage technology.

Established in December 2013, YLOG Industry Solutions GmbH achieved project sales worth 5 million Euros in its first year of trading and began 2015 with a very positive order book. With the company having recently moved into brand-new, 1500 sq m premises in Dobl, Austria – 20km from KNAPP's headquarters in Graz – YLOG Industry Solutions is keen to expand the reach of its solutions into new markets, including the UK.