MACS Software is working with the Ministry of Health in Mozambique to perfect a system for the effective storage and distribution of essential surgical supplies and medical equipment for hospitals in Mozambique. The project, now in its sixth year, has already greatly improved the supply of medical supplies to local people. 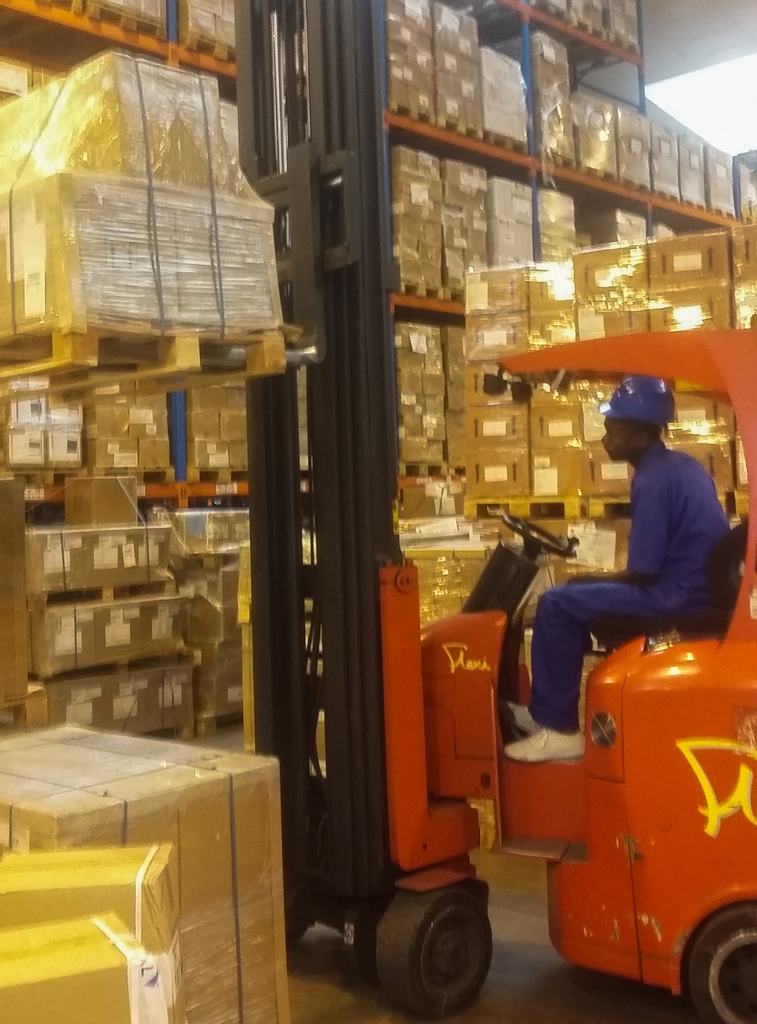 Mozambique is a country of over 27 million people and the population is increasing by approximately 2.7% a year. Life expectancy is just 44 for women and 41 for men. Maternal death rates are 440 out of every 100,000 pregnancies (44 times that of the UK) and 127 out of every 1000 children die in infancy. Over 1.2m people have HIV.  Many of the critical items needed by health centres do not reach them because of extremely challenging distribution infrastructure.

However, for six years now CMAM (Central de Medicamentos e Artigos Médicos), the central medical stores for Mozambique, has been working with MACS Software to equip its warehouses with the latest warehouse management technology to help maintain efficient supplies of life-saving drugs. The first warehouse went live with MACSwms in Zimpeto in 2009, with a second in Adil soon after. A third warehouse is now in operation in Beira and a fourth, in Nampula, will be opening in the middle of 2015. All three current warehouses operate MACSwms (warehouse management systems), which are all managed in their native language: Portuguese.

The latest project for MACS Software is to bring all the data from the five warehouses, the field hospitals and clinics together to provide clear stock visibility and greater control for CMAM.  This will have significant benefits for the country, helping to make procurement more accurate, prevent wastage and make sure the right supplies reach needy people in good time.  A Central Tool (CT) has also been developed by a local business intelligence consultancy, into which MACS feeds data from all warehouses.  Data from facilities in the field is fed directly into the CT.

Tony Liddar is the managing director of MACS Software in the UK. He said that the project has been a long, but worthwhile one. "We have been working in Mozambique for six years now and we really feel that our systems have made a difference to the local people,” he said. "We have also been able to provide constructive support through a close working relationship with the local team in Maputo. This has been very useful in allowing us to react quickly to our client’s needs.”

When the current phase of the long term project is completed later this year, it will provide a level of efficiency and control to CMAM that has never been possible in the past, helping the people of Mozambique to live longer, healthier lives.
MORE FROM THIS COMPANY