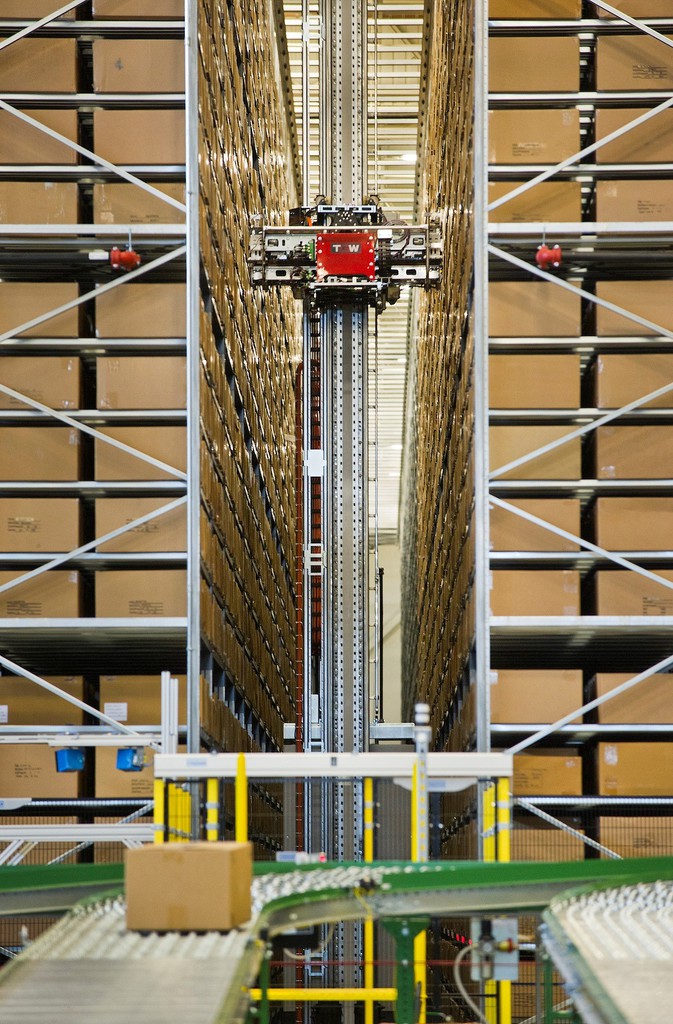 The 13.7 million dollar retrofit was designed to increase productivity and space at the retailer’s distribution centre while achieving a solid return on investment. To do this, TGW split the project into two phases. In Phase 1 the systems integrator eliminated the need for manual picking and replenishment. In the second phase TGW streamlined processes by reducing the amount of touches needed to store and retrieve a carton from seven down to one.

Manual picking was proving difficult to maintain at the distribution centre because of ongoing replenishment and slotting as well as the ability to access all the SKUs. As a result, the retailer found that 30% of its required merchandise took 70% of the labour hours to pick. By installing two aisles of the mini-load warehouse with its Stingray shuttle technology, TGW created a high-speed residual picking buffer that removed manual picking and enabled all picks to occur at a higher rate using a unit sorter. Cartons are delivered directly from the shuttle buffer to unit sortation creating a single picking strategy that has resulted in a three times increase in productivity. By removing the need for four pick modules the system has also reclaimed over 100,000 square feet of space. 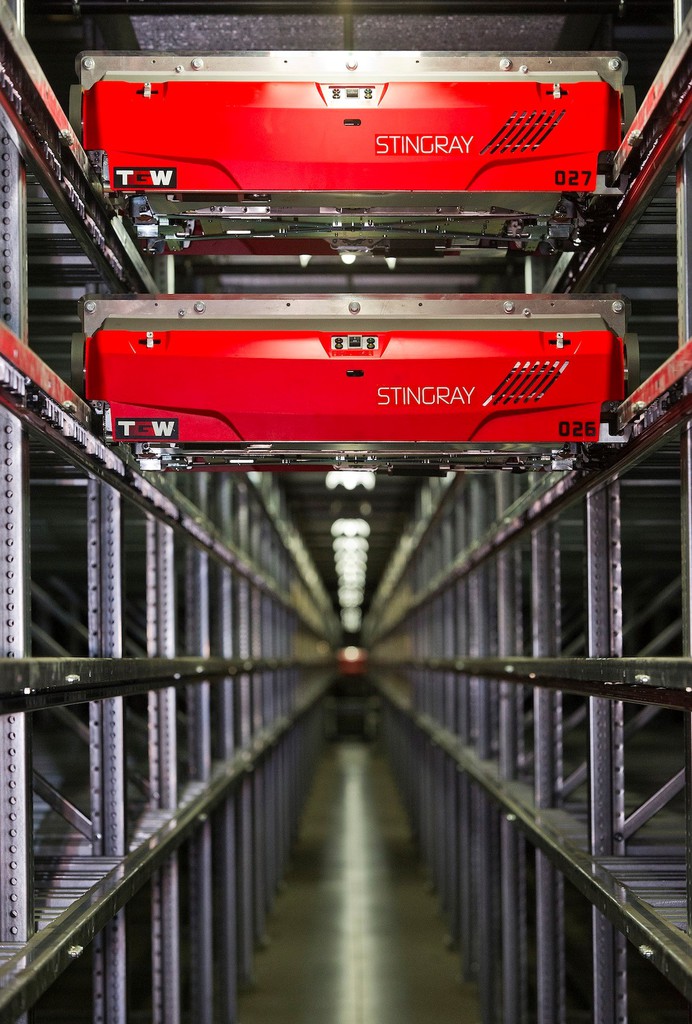 In Phase 2, TGW cut the number of manual touches of the cartons before the merchandise was picked, from seven down to one. The implementation of ‘one touch receiving’ using 12 Mustang AS/R machines has delivered a 22% internal rate of return. It has also reduced the number of bulk storage locations by almost 70%, which has resulted in another space saving of 100,000 square feet.

TGW’s solution begins with the cartons being placed onto a conveyor where they are scanned and stored automatically in the mini-load system. When a product is allocated, the cartons are automatically extracted and conveyed to unit sortation. If the carton has remaining units, the carton is closed and placed back onto the conveyor where it is returned to the shuttle system as a residual carton. When this SKU is allocated again, the system will pull full cartons from the mini-load system and send a residual carton from the shuttle to make up the difference. Units are packed into outbound cartons at the unit sorter and a shipping label is applied. The carton is then released onto the conveyor system where they are sorted to the appropriate door and loaded on an outbound store trailer. As soon as the order is completed, the cartons are automatically transported to the shipping area.