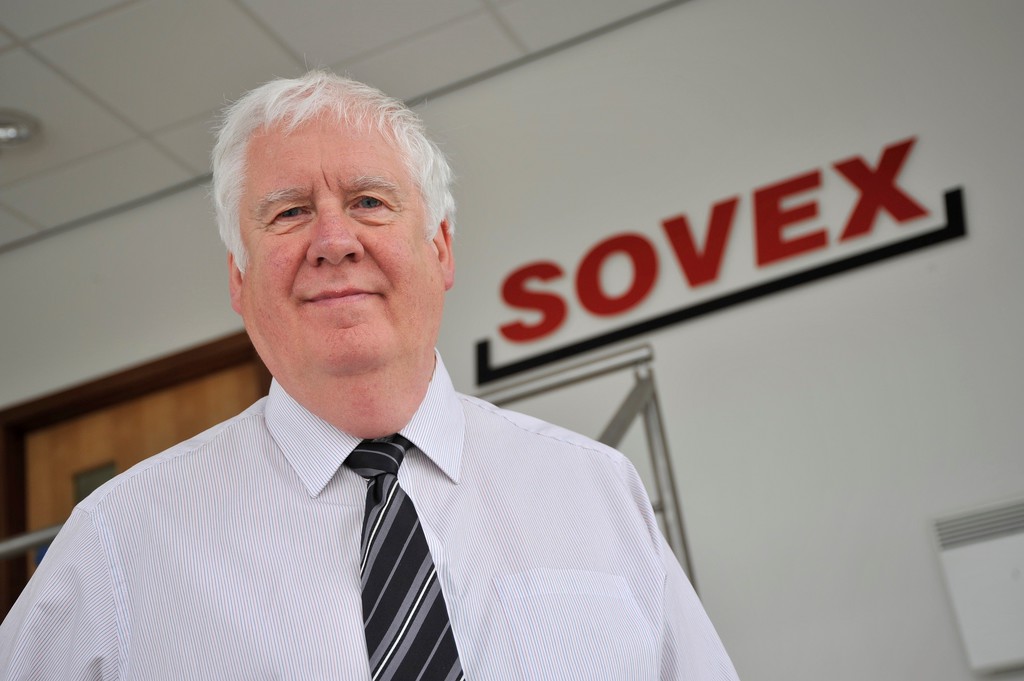 The firm was challenged by UK Mail to create a tailor-made system of conveyor belts and vehicle loaders to allow all profiles of goods to be transported in and around their new mail hub in Ryton, near Coventry.

He said the conveyors were specifically designed to maximise space within the hub and drive greater operational efficiency. They integrate with a broader Crisplant LS-4000 sortation system which has a processing capacity of 24,000 items per hour.

• 24 booms fitted with fixed raised hoods to work seamlessly with inclines onto the sortation system.

"We were brought into the UK Mail project to provide a flexible and bespoke vehicle loader and warehouse conveyor solution,” he said. "A key aim of the project was to increase the hub’s capacity for loose loading. The solution needed to both ensure UK Mail could load and unload all profiles of goods while creating more space should they need to still handle pallets. Essentially, this meant a complete redesign of the conveyor footprint.

"We provided a total of 88 telescopic belt conveyors with a number of bespoke elements including additional LED lighting to all machines to improve usability,” he said. "Twenty-four of these booms were also specially fitted with fixed raised hoods to work seamlessly with inclines onto the sortation system. We also provided eight inbound Sovex Bendy Boom machines which provide a link to vehicles loading and unloading packages. These are highly flexible, height adjustable and suitable for loading and unloading vans, lorries and containers up to 45 foot. The boom also retracts into its casing, so they save space on the loading dock as well as time.

"We narrowed the design of all out-feed vehicle loaders and offset them slightly to allow the movement of pallets and roll cages. As part of the overall design we installed a control interface to align with the main sortation system and drive greater operational efficiency.”

The conveyor belts are capable of handling everything from the size of an iPhone up to packages 1.4m long, 70cm wide and 80cm deep.