Open Shuttle driverless vehicles from KNAPP use swarm intelligence to optimise transport processes at the automated warehouse of an agricultural products supplier. 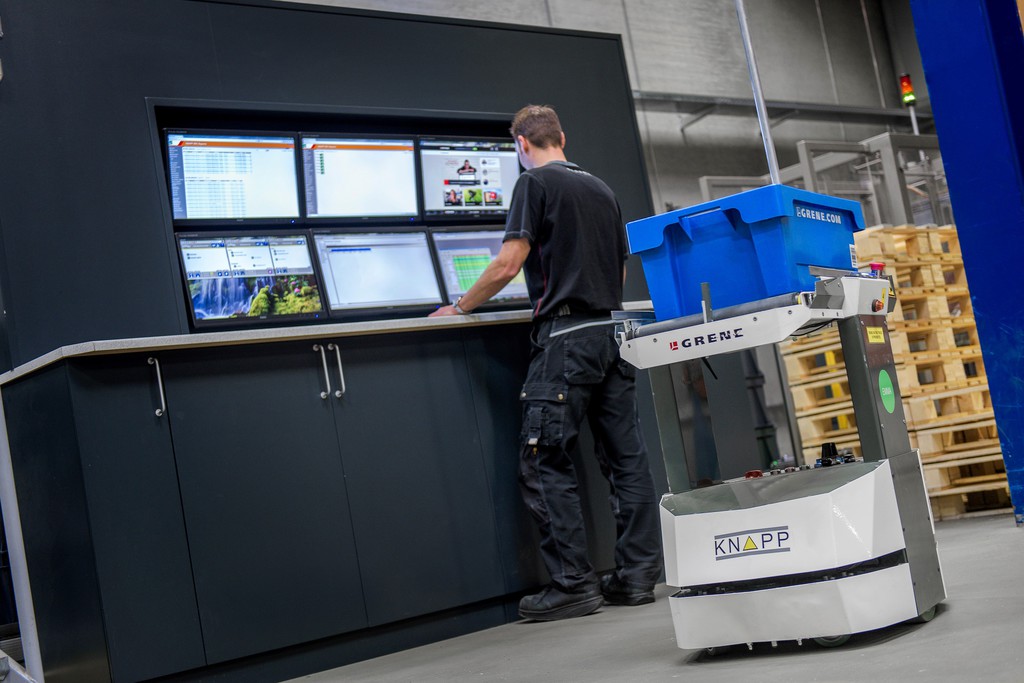 An international group serving the industrial, wind power generation and agricultural sectors, Grene has operations in Denmark, Sweden, Norway and Finland, as well as dealers worldwide. The Grene Agro division supplies spare parts for agricultural vehicles, farm tools etc, all of which are sold through a dealer network, either in stores or via a webshop. Grene Agro holds more than 100,000 items in stock and also manufactures custom-made parts in its own workshop at the company’s headquarters in Skjern, Denmark. With farmers requiring rapid deliveries of parts and supplies – especially during key periods, such as harvesting – Grene’s automated warehouse offers same-day service, with orders received in the morning being delivered to customers before 4pm or the next day before 7am.

In 2012, Grene decided on a comprehensive expansion and retrofit of its existing warehouse in order to meet growing demand and become equipped for multi-channel distribution. At the heart of the new solution was KNAPP’s OSR Shuttle goods-to-person storage and picking system and, working alongside it, the Open Shuttle mini Automated Guided Vehicles (AGVs), which independently handle complex transport jobs.

What is it?
Swarm intelligence is the collective behaviour of decentralised, self-organised systems, natural or artificial. The concept is employed in work on artificial intelligence. Systems consist typically of a population of simple agents interacting locally with one another and with their environment. The inspiration often comes from nature, where examples include ant colonies, bird flocking, animal herding, bacterial growth, and fish schooling. The agents follow very simple rules, and although there is no centralised control structure dictating how individual agents should behave, local, and to a certain degree random, interactions between such agents lead to the emergence of intelligent and predictable global behavior, unknown to the individual agents.

Grene sought a flexible and space-efficient solution to connect the various areas of its warehouse. A static conveyor system was out of the question, as there were long distances to be covered and there was a requirement for clear access for personnel, forklift trucks and other transport vehicles. KNAPP’s Open Shuttles have proven to be an ideal alternative, operating reliably for over 10 hours a day for more than six months. The three Open Shuttles at the site are used for a variety of tasks including replenishment of workstations and transport of completed parts to the OSR Shuttle for storage.

The free-moving vehicles work according to the principle of swarm intelligence: the fleet adjusts to the work requirements and takes care of tasks independently in the different areas of the warehouse. The swarm is where the work is. As well as intelligent routing, the Open Shuttles ensure safe movement. Through an innovative dimension scanner, the Open Shuttle detects static as well as moving objects and reacts intuitively. The Open Shuttles independently plan the fastest route for their tasks and find alternative routes when blocked by an obstacle, without the need for optical or physical aids. This guarantees safe and flexible interaction with people and other transport vehicles, including other Open Shuttles. 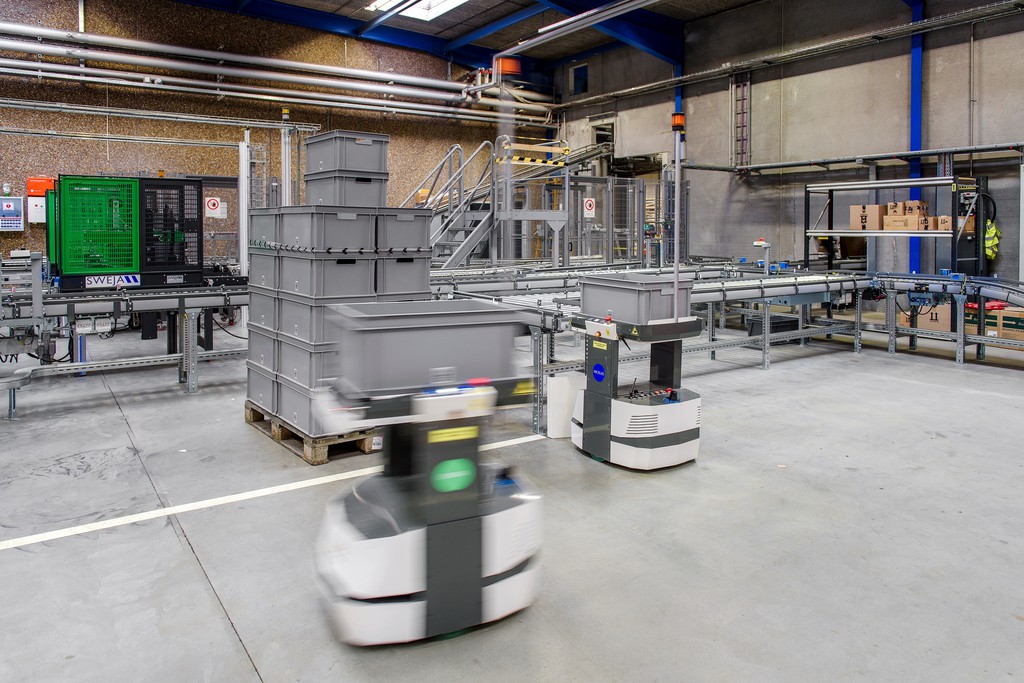