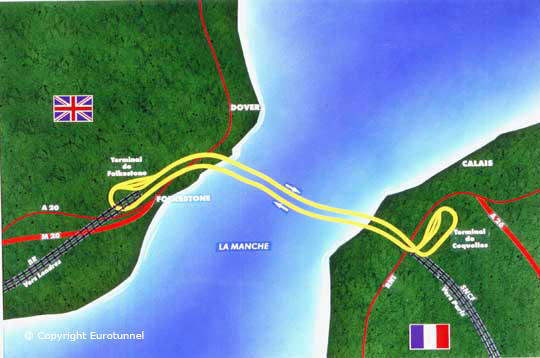 In light of this, all businesses should carry out a thorough review of their risks strategies in order to avoid future disruptions.

Exporters and importers across Britain are reporting continued losses as the Eurotunnel faces major interruptions. Commotion caused by migrants and port-workers is preventing regular transportation of goods between the UK and Europe, resulting in companies being forced to either find more expensive forms of transportation or, ultimately, calling off their deliveries all together and suffering shortages which can affect their customers.

The chaos at Calais is making businesses wake up to the realities of modern freight transportation and the necessity of implementing a thorough risk strategy. It seems that a lot of UK exporters and importers have ignored this vital management practice likely due to the associated costs this incorporates. However, when you consider this in context of recent events and the disruption to your supply chain, then time and time again it proves to be money well spent.

The Calais crisis is similar in kind to the recent port strike disruption on the West Coast of the USA, which saw a number of big retailers suffer significant losses due to stock being trapped on container ships. As in Calais, the disruption was to the main freight route. The Eurotunnel provides over a third of the cross-channel freight traffic from the UK, while West Coast ports are passage for half of exports from the USA. Local traders tend to prefer these passages because they are quicker, easier and cheaper than alternatives, however, they are not the only routes.

US based importers and exporters have been forced to adopt a multi-channel delivery strategy, using a variety of ports to ease congestion during any disturbances. While this strategy is undoubtedly more expensive, it dramatically reduces a company’s risk. UK businesses ought to take heed from this risk strategy, looking into alternate delivery routes to reduce their losses during this time.

The issues at Calais have been steadily escalating, with thousands of migrants attempting to storm the Channel tunnel entrance each night. With no immediate end in sight, more and more businesses are reporting losses and major problems as their supply chain to Europe becomes increasingly compromised. The Freight Transport Association, representing almost half of the UK’s lorry fleet, has estimated that the Calais crisis is costing the industry around £750,000 a day. The Scottish seafood industry is also facing disaster, with Scotland’s first minister Nicola Sturgeon calling for a long-term solution to ease their losses.

British companies need to recognise the need for risk planning as the Calais problems continue. Through a thorough review of potential difficulties, risk management balances ‘normal’ operating costs with the likely effects of disruptions. Not only will this save businesses the huge operating and shortage costs during disrupted periods, but it will also help keep customer loyalty high.