"Lift truck operators should be encouraged and obliged by their employers to wear a seat belt at all times, but even when an interlock system is present it may not be sufficient to ensure that operators comply and use the belt,” says Matthew Allen, Yale’s Product Strategy Manager, Counterbalance.
"The Yale SmartBelt addresses the issue of incorrect seat belt use by allowing the truck to travel only if the driver sits on the seat and then fastens the belt – in that order. In other words, if the driver fastens the belt and then sits on it, the truck will not move.”
A flashing indicator on the truck’s display panel reminds the operator to use the seat belt and gives a warning if it is unfastened later. The truck will not operate whilst the display panel seat belt indicator is flashing. When the control module receives a signal that the driver has been seated and the belt has been fastened in the correct sequence, it allows the truck to start and to travel. 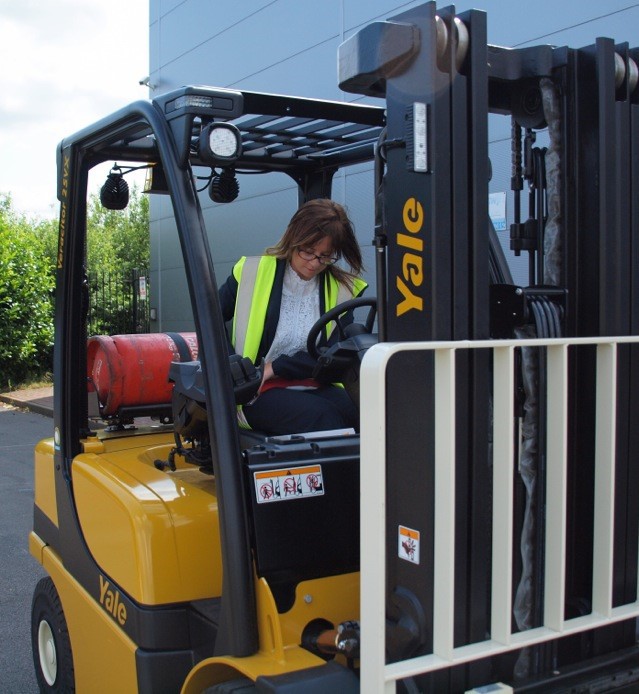 Unfastening the belt during motion results in the truck decelerating until it comes to a halt. Dismounting while leaving the belt fastened will also deactivate the truck, which will not start or operate again until the prescribed sequence has been followed. Furthermore, the system requires the parking brake to be applied, with the drive in neutral (where applicable), before the start-up procedure is initiated.
The SmartBelt interlock system is available as an option on all 1.5 to 5.0 tonne Veracitor VX and electric counterbalance trucks. Like the standard seat belt from Yale, the belt’s high visibility red material works as a reminder to drivers and as an aid to supervisors in monitoring its use.
The SmartBelt interlock system’s seat belt also shares the standard product’s Emergency Locking Retractor (ELR) mechanism, allowing free movement and comfort for the driver but automatically locking in the event of truck instability or an impact.
MORE FROM THIS COMPANY