A switch to Flexi NANO technology has saved space for a manufacturer and alleviated potential production headache. 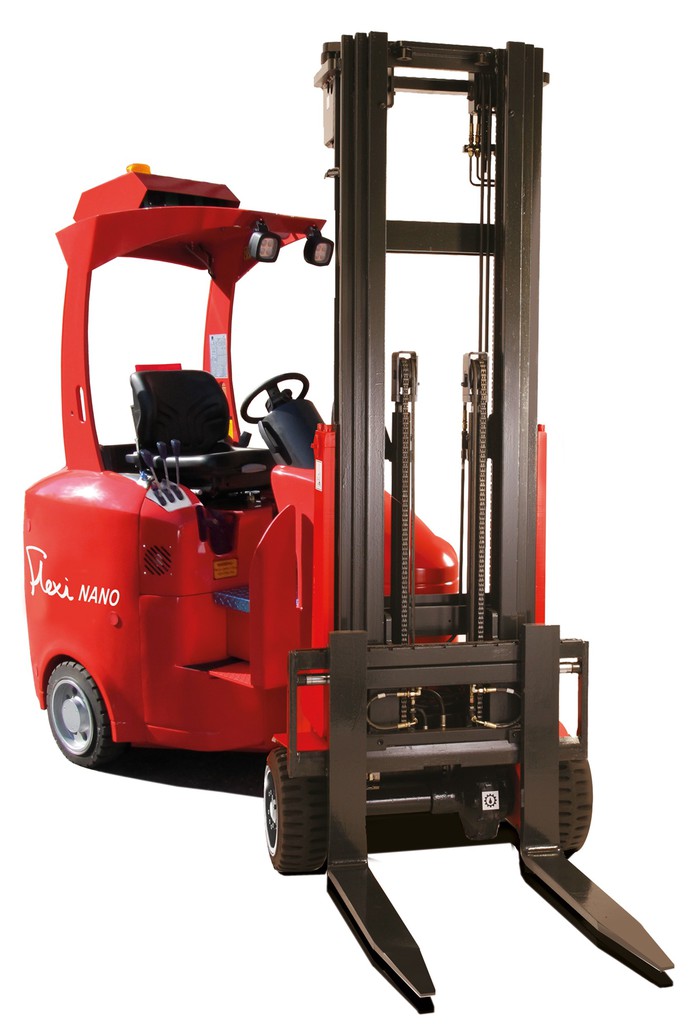 Based in north Devon some 30 miles outside Exeter, Bluemay Weston produces a range of non-metallic components used by manufacturing companies operating in industry sectors as diverse as aerospace and cosmetics.

Established in the late 1960s under the name Weston Manufacturing, Bluemay Weston remains a family-owned business with a reputation for quality and reliability with a large and growing list of customers.

Alongside the company’s manufacturing plant – where components are punched, pressed or water-jet cut – is a 25,000 sq ft warehouse facility where a mixture of raw materials and finished products are housed.

The facility was purpose-built for Bluemay Weston in 2008 but, with the company’s output growing all the time, the warehouse’s original layout was not able to cope with the resultant increase in throughput of raw materials and components leaving the production line.

Having committed a significant amount of capital to the construction of the original building, Bluemay’s Weston’s management team understandably sought a solution to their storage space problem that minimised capital costs and achieved a fast payback.

After undertaking a detailed analysis of various options, it was decided in Spring of this year to reconfigure the pallet racking within the existing facility around a narrow aisle layout and replace the counterbalanced truck that had been used within the store to put away and pick palletised loads with a Flexi AC NANO articulated truck – the latest articulated forklift model to be added to Narrow Aisle’s range.

By condensing the warehouse aisles Bluemay Weston was able to accommodate extra pallet racking locations within the store, also the height of the racking was increased to 5 metres at the top beam. These simple steps resulted in an increase in pallet capacity at the unit of well over 50 per cent.

The Flexi AC NANO articulated truck is far more space efficient than the forklift truck that Bluemay Weston had previously relied on within the store. Designed and built in Tipton, the Nano was introduced to provide a lower cost, entry-level articulated forklift that can lift loads weighing up to 1.6 tones to heights of up to 5 metres. Thanks to its front wheel drive technology that allows the truck’s front end and load to articulate through 220 degrees, the NANO offers optimum pallet put-away and retrieval in aisles as narrow as 1.6 metres.

The fact that the warehouse redesign and switch to Flexi articulated truck technology has more than doubled Bluemay Weston’s storage capacity, means that the company can now buy in raw materials in far greater quantities than was previously possible  – something which has not only resulted in a drop in the purchase price paid but has also alleviated a potentially sticky production issue, as the company’s sales manager, Kevin Bendle, explains: "Such has been the increase in demand for our products since the warehouse was originally built we only had the space to store some six weeks’ worth of expanded polyethylene – one of our key raw materials,” he says.

He continues: "Our expanded polyethylene supplier is based in Belgium and was quoting a lead time between ordering and delivery of 8 weeks. With only enough storage capacity to hold 6 weeks stock we faced a potentially devastating supply chain shortfall.

"However, thanks to the extra pallet capacity the re-configuration and the Flexi NANO has brought, this is no longer an issue.”

Another key production-related benefit resulting from the warehouse redesign is that now the narrow aisle storage cube allows raw materials to be stored flat – whereas previously they needed to be coiled. Coiled materials removed from storage and sent to the production lines would sometimes prove difficult to machine as they had become curved. This is no longer an issue for the company.

"The NANO is perfect for companies like Bluemay Weston that do not operate around the clock or demand a high level of handling performance but would still like to take advantage of the space and materials handling cost savings that Flexi articulated truck technology offers.”