Keeping it in the loop

Linde Material Handling has established ‘Hardware in the Loop’ software simulation as the test standard for electronic control and assistance systems. 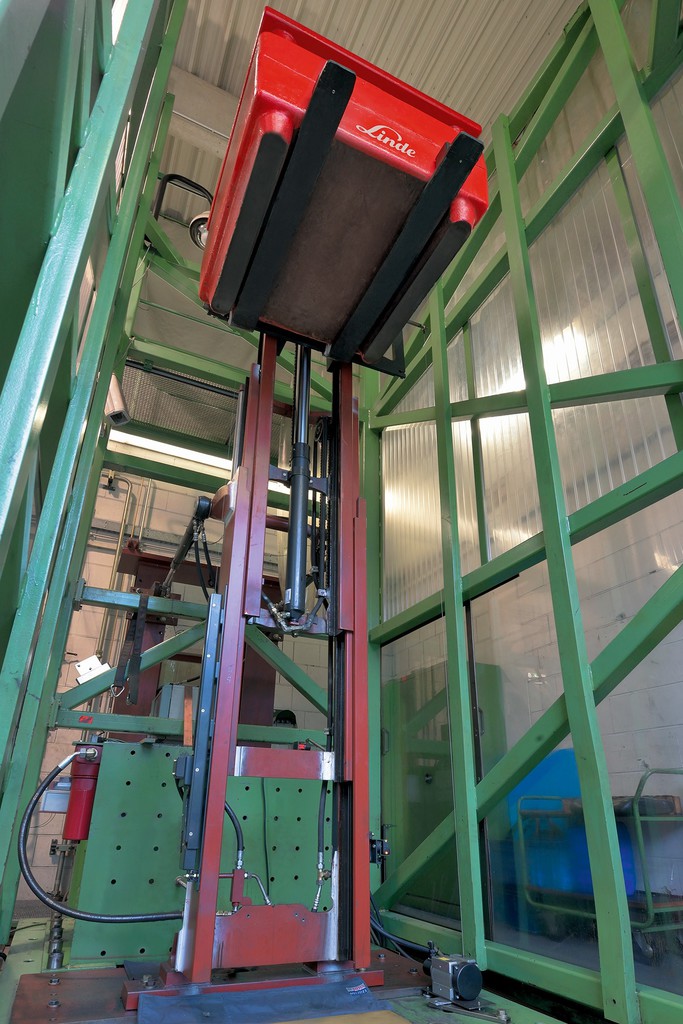 At its ‘World of Material Handling’ customer event in Mainz last year, Linde Material Handling introduced a hitherto unique driver assistance system for forklift trucks – the Linde Safety Pilot (LSP). During operation, the Linde Safety Pilot continuously monitors essential truck parameters such as the lift height, load centre of gravity, load weight, mast tilt, steering angle and speed, and it alerts the driver whenever the truck starts operating in critical areas. If requested, the LSP system actively intervenes in the truck control, for example by decreasing the speed or restricting the mast movement. Thus Linde enables significant safety improvements to be achieved in the use of forklift trucks. Concurrently with the development of the LSP, the Linde test engineers set up the so-called ‘Hardware in the Loop’ testing procedure (HIL) which enables them to examine complex systems such as the LSP and other electronic control units and systems on virtual truck models and develop them further based on this. During this year’s ForkliftCup, Linde Material Handling provided exclusive insights into its test centre in Aschaffenburg to a selected trade audience and presented the new HIL procedure.

The Linde Safety Pilot was made available first of all for the company’s electric forklift trucks in the load range from two to five tonnes. Linde Material Handling offers 34 different truck models in these two series, plus a number of different mast variants and attachment devices – the assistance system must be configured and tested for each of these variants. "Performing LSP field tests for every single available truck variant would not only exceed our financial framework, but it would also be far too time-consuming,” explains Hans-Joachim Wenzel. He can look back on 27 years of experience in Technical Design and Development at Linde and since 2003 has headed the truck testing area at Linde Material Handling’s R&D Centre. "With our Hardware in the Loop procedure this can be done much more quickly and cost-effectively – and what’s more, we can test new and enhanced developments on the virtual truck model and bring innovations to industrial-scale production much more quickly than before.” As Wenzel points out, such modern development technologies are essential for strengthening and further expanding Linde’s technological leadership.

Almost all functions of a Linde forklift truck are now controlled electronically. The truck drives and operates mainly ‘by wire’, i.e. without direct mechanical or hydraulic power transmission. The test engineers need to verify that all electronic systems and the safety-related systems in particular, including the electronic steering systems, mast control via joystick and complex assistance systems such as the Linde Safety Pilot, function reliably under all environmental conditions. In the event of failure, the integrated safety and monitoring systems need to bring the truck back to a safe condition.

To perform the necessary texts, in the past truck and control units were connected via measuring adapters and manually subjected to short circuits, open circuits and interference signals. These were to verify, for example, that all switching operations, redundant for safety reasons, would not allow unintentional truck movement. However, this procedure required several thousands of individual test steps to be carried out, evaluated and documented. 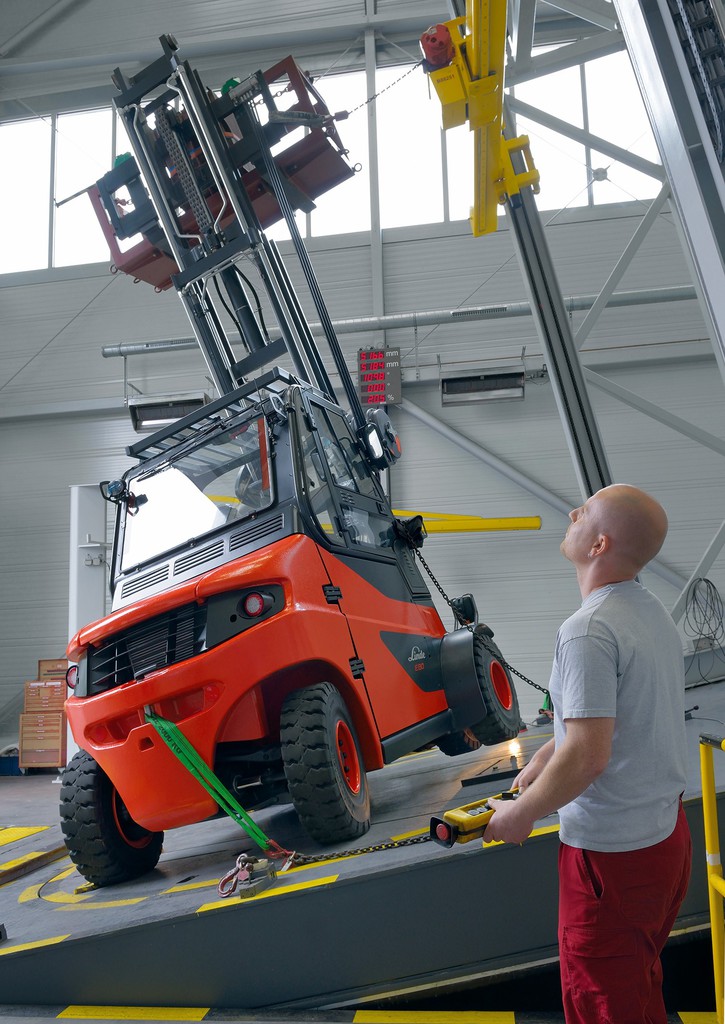 Linde therefore introduced a partly automated system for testing the electronic systems on real trucks, as was the case before. Step by step, this so-called ‘Vehicle in the Loop’ procedure is now being replaced by the HIL system. Based on countless data from the CAD system, as well as from measurements and tests, the computer-generated software models provide a virtual map of the forklift truck with all its driving characteristics. Every calculated model is then adapted to the corresponding data measured on a real reference truck until simulation and real tests provide the same results. In this way, a model kit comes into being which covers all types and optional feature variants and according to which the engineers configure their test trucks in the HIL system. So the impact of new developments on the driving characteristics can be evaluated without having to build and test prototypes – a time and cost-efficient approach.

Software-based test methods make their entry at Linde Material Handling’s truck testing area, and they are also used in standard tests for verifying the operational reliability of forklift trucks. Together with software company Renow, Linde has developed an IT system for field of vision analysis according to ISO 13564. Based on CAD data, a 3D view of the vehicle is generated therein and a development engineer wearing data goggles can evaluate the visibility from the driver’s position in a 360 degree view. So field of vision tests can be carried out according to standard early on during the development stage and new lift mast concepts can be tested and improved in order to ensure optimum view through the mast.

"For decades now, our trucks have stood for reliability, robustness and high performance. It is not without reason that Linde forklifts are often used in extreme applications,” emphasizes Hans-Joachim Wenzel. "Together with the truck development area, our test department is working to make sure that with each series our trucks continue to set the standards for these attributes and become better and better.” He says the new IT-based test methods are only one part of a comprehensive test programme in which Linde Material Handling ensures that the trucks comply with legal safety requirements and in addition meet the company’s self-imposed stringent requirements for safety, durability and performance even in the toughest of operating conditions.

To this end, Linde has developed a number of specific testing methods and over the past years has set up a test centre with six test tracks and a driving course, 25 large test stands for component testing, as well as a variety of small ones. 110 engineers, technicians and test drivers work there, putting sub-assemblies and components through their paces during months of endurance testing. Additionally they check the tipping stability of the trucks and their suitability for use in extreme temperatures, and also measure and assess the impact of accidents on the truck and on driver safety. Here, too, a whole series of crash tests and impact tests are performed, loads and objects dropped on the truck and components such as battery compartment doors hit with forklift tines to make sure that the battery does not get damaged and that both the driver and the environment are safe.