Swisslog to implement a second AutoStore system for Manor

For the second time in two years, Switzerland’s leading department store chain Manor has commissioned Swisslog to plan and complete a Click&Pick project. 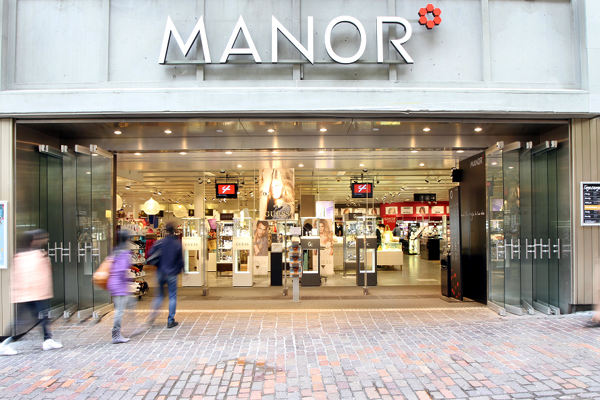 An automated small parts storage solution, integrating an AutoStore system will be installed in Möhlin, Switzerland. Commissioning is scheduled for the second half of 2016.
Since the launch of an AutoStore system at Manor’s Hochdorf site in August 2014, the retailer has realized considerable cost savings. Process costs have been reduced permanently and a number of existing external warehouses have since been vacated. In addition, the construction of the fully automated small parts storage solution has increased Manor’s picking performance fourfold. By the end of 2014, these cost savings spurred the logistics executives at Manor to explore the efficiency boosts which an AutoStore concept could also bring to its Möhlin location. Manor recently gave Swisslog the go-ahead to proceed with a new comprehensive Click&Pick project.
The new AutoStore facility, which will be built in Möhlin, will be similar in size to Manor’s existing system in Hochdorf. Eighty-two robots will traverse the top of the aisleless AutoStore aluminum grid. The storage space will accommodate approximately 27,400 bins. Robot vehicles automatically transport all stored items to the eight pick stations located along the sides of the grid.
Möhlin will also feature a buffer storage area for 9,600 bins of picked items, connected to the AutoStore system via a bin conveyor. In the automated bin storage area, seven Tornado miniload cranes will ensure smooth storage and retrieval of the custom-picked bins for each Manor store. Swisslog’s WM 6 warehouse management system is the main pillar of the comprehensive automation concept; this software ensures that each store-specific bin removed from storage and stacked on a rolling base – all done fully automatically – will be delivered in the right sequence, at the right time to the right store.
"We are extremely pleased with how satisfied the logistics executives are with the AutoStore system in Hochdorf,” says Swisslog AG CEO Daniel Hauser. "This second facility demonstrates our full commitment to realising the potential for further efficiency gains along Manor’s entire supply chain.”
MORE FROM THIS COMPANY