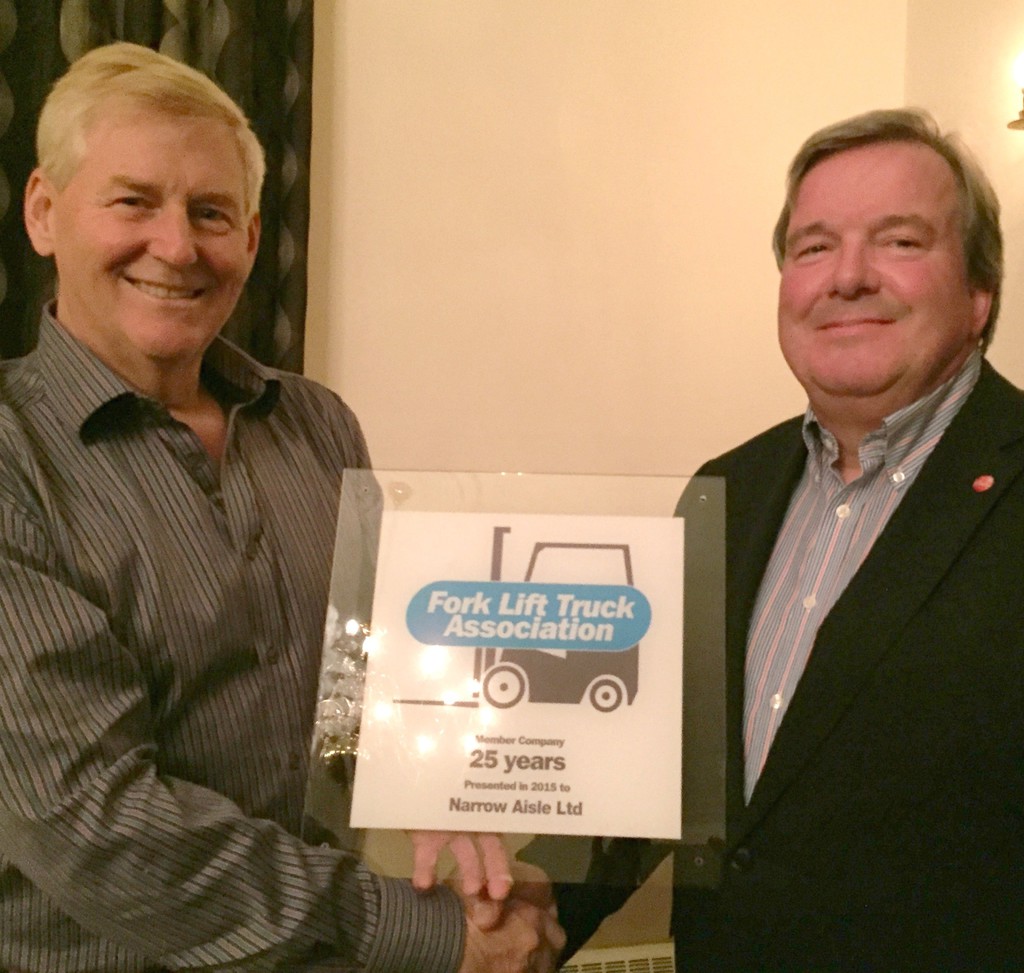 Commenting, John Maguire, sales and marketing director of the company, who received the plaque on Narrow Aisle’s behalf, said: "We are very proud to have reached such a significant milestone in our relationship with the FLTA and are looking forward to working closely with the Association and our fellow FLTA members for many more productive years.”

Martyn Fletcher commented: "At a time when trade bodies across all industry sectors are under pressure to demonstrate that they represent good value for their members, the fact that companies such as Narrow Aisle actively engage with us for so many years is a strong endorsement of the services and benefits that the FLTA delivers.”