As part of HLC’s expansion, the wood pallet manufacturer has increased its fork lift fleet to 34 to handle the 200,000 wooden pallets that they make every week. 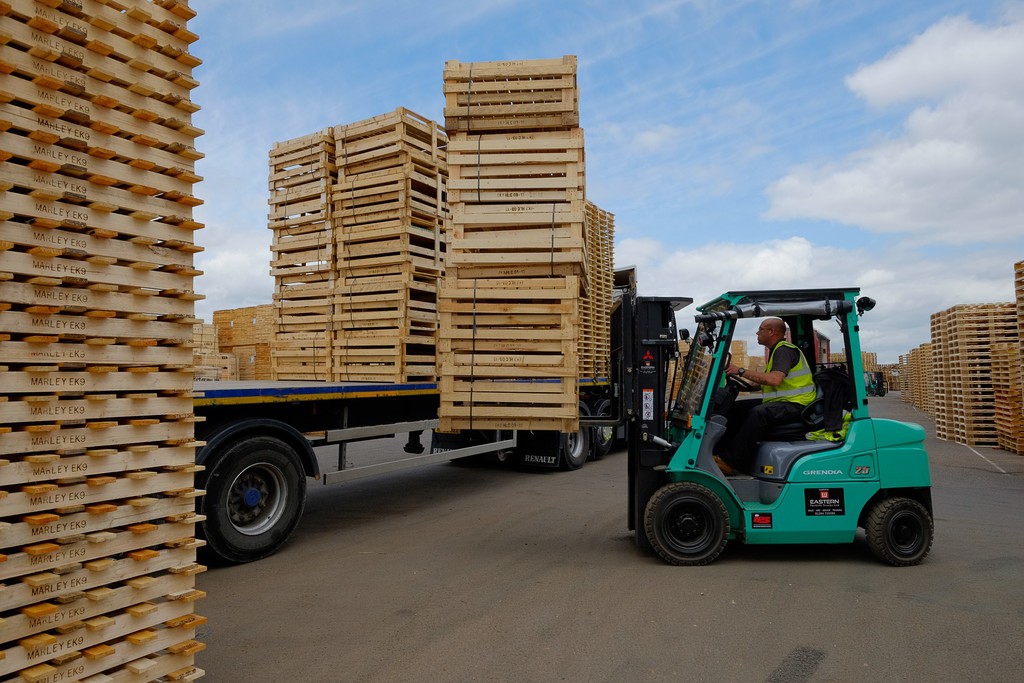 HLC’s vast output means that trucks have to work long hours and, as with all companies, any down-time is problematic and expensive. Managing Director of HLC, Paul Lewis said: "We have learnt from previous experience with Eastern that not only are they quick to respond to any issues – even more importantly, things happen when Eastern say they will.”

It was important for HLC that they went with a local supplier, rather than a large multi-national - not only to support their local economy -  but also their proximity means that Eastern are just a phone call away and can be proactive about preventing down time.

For a company that needs to carry wide, uncompromising loads of wood, HLC were very impressed with the visibility of the GRENDiA, both in terms of the operator’s view but also the visibility of the trucks themselves. Part of Eastern’s customisation package for them was the fitting of rear and forward facing red spots. The very bright LED lights project a beam in the path of the truck to warn pedestrians and other drivers of its approach. The forward facing spots also assist with fork positioning. 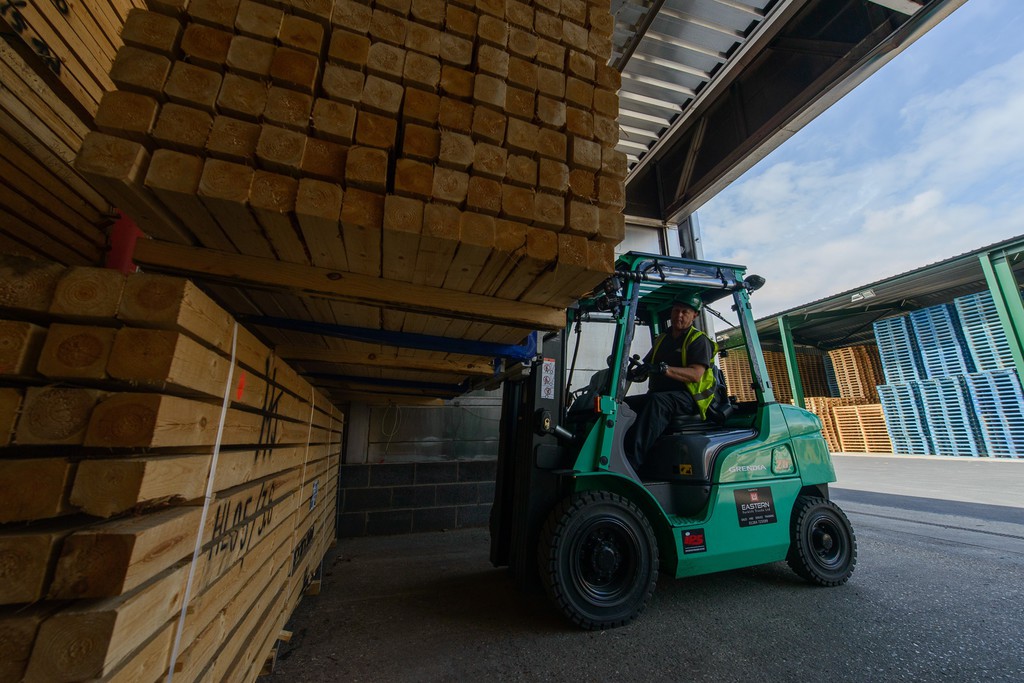 The GRENDiA’s Belly Seal was a must-have in the inevitably dusty environment of HLC’s manufacturing plant. This reduces engine noise and prevents the cyclonic effect, where dirt and dust are drawn into the engine and recirculated into the working environment.

Ultimately, it was the operators at HLC who made the casting vote when the trucks were put to the test. HLC conducted an exhaustive tendering process, arranging rigorous on-site trials of trucks from every leading manufacturer. The Mitsubishi GRENDiA was the unanimous preference of the drivers, outperforming its rivals by a significant margin.

"The red spot feature was universally greeted with approval from a safety perspective, but the drivers also reported that the cabs were more comfortable and control layout was really good, explained HLC operations manager, David Mercer. "We've seen a marked increase in productivity, partly down to the modified double pallet handlers that Eastern fitted for us." 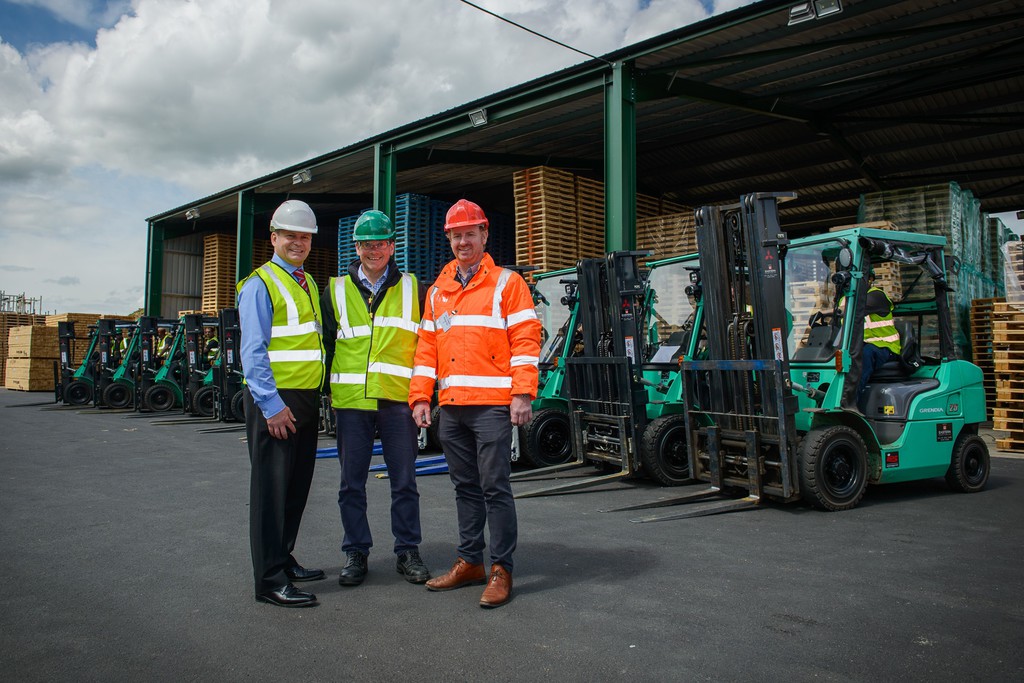