An RFU Player of the Year, Bayfield has earned an impressive 37 caps as an international rugby player for England and British and Irish Lions, as well as winning two Grand Slams.
In recent years, Bayfield has made a name for himself in radio, TV and cinema. Having starred as Robbie Coltrane’s stunt double in Harry Potter, and the cyclops in Wrath of the Titans, he is now a presenter for BT Sport, as well as BBC’s Crimewatch.
FLTA Chief Executive Peter Harvey MBE said: "We are truly excited to have Martin Bayfield hosting our 22nd Awards ceremony. He’s a highly acclaimed after-dinner orator, so our guests can expect inspiring and entertaining stories from a fascinating career based on motivation and teamwork.”
Held at The International Centre in Telford on Saturday 27th February 2016, the FLTA Awards for Excellence recognise the important developments made by the materials handling industry in areas of health and safety, training, product development, environmental responsibility, customer service and operator ergonomics.
Winners receive the materials handling industry’s highest accolade: the iconic Archie statuette.
Peter continues: "As always, the Awards is shaping up to be a huge night – and not just because our host is 6 foot 10. Tickets go on sale soon and, having sold out in previous years, we encourage everyone to book theirs as soon as possible!”
For more information about the FLTA Awards or the Association itself, click here or call the FLTA office on 01635 277577.
Handling & Storage Solutions is very proud to be the media partner for the FLTA Awards for Excellence. 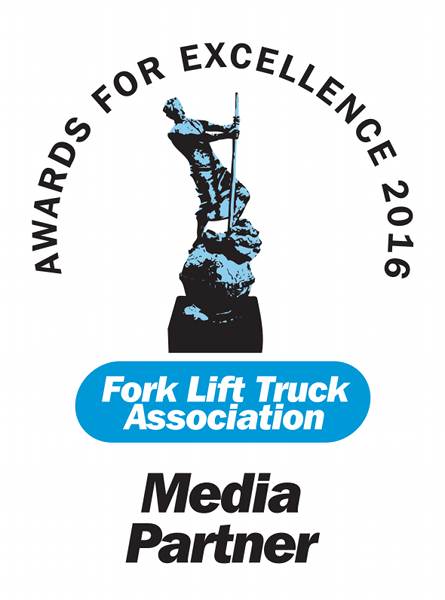