The internet retail giant plans to occupy a substantial space at Airport City Global Logistics – part of the £800m business, hotel and industrial development being built around Manchester Airport. 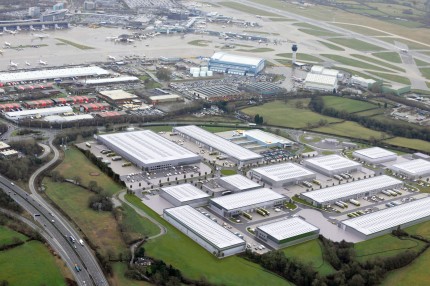 Online giant Amazon is set to move into a huge warehouse at Manchester Airport’s Airport City - bringing 1,500 jobs to the region. The retailer, the biggest internet seller in the USA, plans to occupy a 654,000 sq ft warehouse at Airport City Manchester, along with a 42,840 sq ft office and a 120,000 sq ft car park.

Jonathan Haigh, Director of Development Management & Infrastructure at MAG Property, said: "This deal provides clear evidence of that and also gives Amazon close access to both their supply chain and the 22 million potential customers within a two hour drive of Manchester Airport. We look forward to welcoming them to the development."

A 260,000 sq ft warehouse is already under construction after MAG Property and logistics specialist Stoford were granted planning following a deal in June 2015 with Mountpark Logistics to develop an 11-acre plot at Airport City.

The Amazon plan follows DHL’s arrival at Airport City South. They opened a 37,308 sq ft warehouse in October 2014. The company now operates a daily freight flight from Leipzig to Manchester.

Sir Richard Leese, leader of Manchester City Council, said: "The news that Amazon is creating 1,500 jobs at Airport City is tremendous for Wythenshawe and Manchester as a whole. This development shows how attractive a location close to the aiport, with its extensive connections, is for occupiers who require a global reach. It follows on from previous examples of investor confidence in the enterprise zone, such as DHL relocating their overseas delivery logistics hub to Airport City South. There's every reason to believe that Airport City will go from strength to strength."