Auto-slowdown for forklifts when entering buildings

Global industrial truck manufacturer, Linde Material Handling, has launched a new driver assistance system to support the safe operation of forklift trucks both in and outside the warehouse. 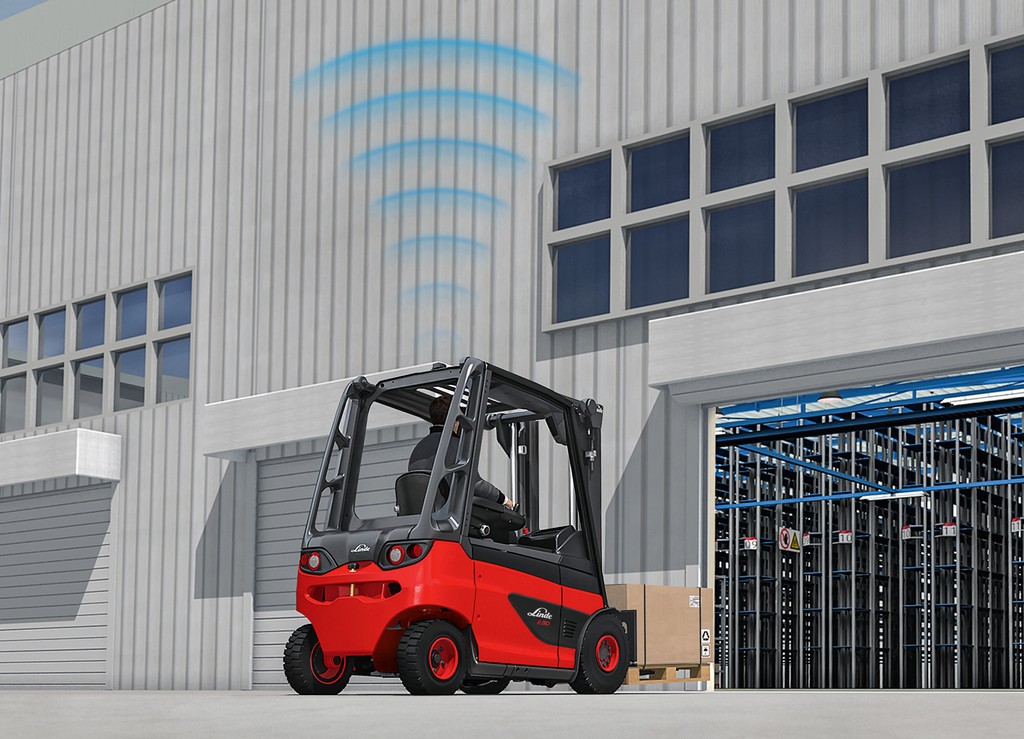 Linde’s new ‘SpeedAssist’ system helps operators move more safely between the indoor and outdoor areas of logistic centres and production halls by ensuring their speed is reduced when entering the warehouse.

Linde’s new system uses modern radar technology which operates accurately regardless of weather conditions. It’s response times are fully adjustable as is the difference in speed between indoors and out. The system ensures loads are transported to their destination, while helping to protect employees in the workplace.

Warehouse and production halls often have set speed limits for forklifts and other industrial trucks as entering a working area too fast can endanger employees, or result in sudden braking manoeuvers that can dislodge the load.

Operational reliability is not affected by extreme weather conditions, such as cold, heat or heavy rain, as the system is able to function in operating temperatures ranging between -40 and + 65 °C.

• System can be retrofitted and is available on rental trucks.

The system’s radar sensors cover a range between 1 and 24m and do not require any additional infrastructure, such as sensors on the racks. This is because the radar sensor both transmits and receives its own signal, which is reflected from the ceiling. This tells the truck whether it is inside a building or not and automatically adjusts its speed accordingly.

In addition, the response time of the Linde SpeedAssist sensors can be set to four different levels, making it adaptable to the specific conditions on site.

The system’s adjustable sensor sensitivity allows unwanted signals to be blocked upon request. Because of the sensitive settings, the system can detect both smaller objects and superstructures such as pipelines, porch roofs or treetops, without reducing the desired speed. As a result, operators can work more quickly and efficiently in outdoor environments.

The driver assistance system is also available on rental trucks and comprises of three elements: the sensor, a set of cables with a relay and the installation kit which includes a mounting bracket.

Linde also provides a retrofit service and three sensor variants to ensure compliance with the specific telecommunications guidelines in Europe, including the UK.