A temporary building from CopriSystems helps a specialist retailer cope with Peak and the thorny issue of returns. HSS Editor Simon Duddy talks to Sportswear International (SWI) commercial director Paul Walker about how a little space goes a long way. 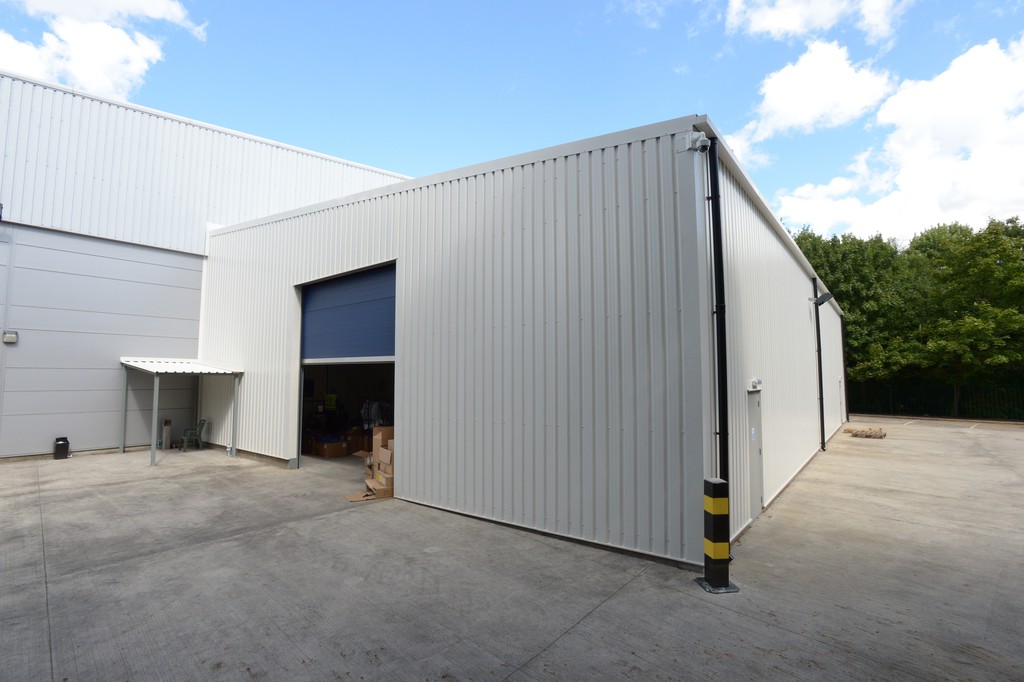 Sportswear International (SWI) is a leading provider of clothes for schools and as you might expect volumes rise to very significant peaks in the summer as parents and schools get busy ordering clothes for the new school year.

This is particularly so in the eCommerce era - it is now much more common for parents to order items from home, which means more single picks and small orders for the retailer. For the operations team, this translates into more work, requiring more space to ensure the myriad of orders are picked and packed on time and accurately. In short, commercial director Paul Walker says, "we fill throughout the year and despatch like crazy in the summer".

SWI was facing increasingly busy Peak periods and was forced to hire off-site premises to cope with mounting demand. While this worked, it split the workforce and was an expensive solution. This led SWI to consider a temporary structure on-site.

SWI turned to CopriSystems, who built them a temporary extension measuring just under 4,000 sq ft. During Peak, SWI is operational 24 hours a day for an eight week period. The work carried out varies from picking and packing, to handling returns and garment embroidery. The space has also allowed SWI to carry out stock counts much more quickly. 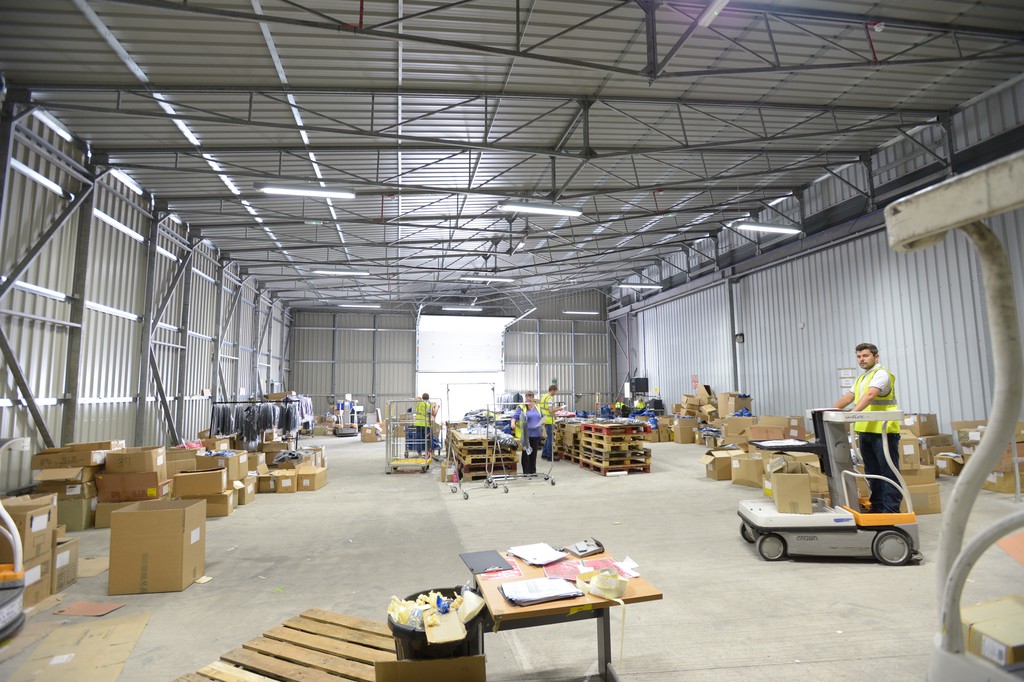 "We had issues with floor capacity in terms of working space, not storage space," explains Paul.

"The extension was transformed into a different layout every day to cope with the changing challenges we face in our very dynamic peak period. It helped us manage costs very well and now we have options.

"It was important that the structure is supported by the walls, there is no need for pillars. This allows us to use the space better. We can use it as storage, but it would be a bad call for us, because we have adequate storage. We'd rather use it to help stock rotation."

Another key advantage brought by the temporary structure, was that because it was onsite, it kept the workforce together.

Paul continues: "As an operational person, if someone tells me they can operate better on two sites than one, I'd like to meet them. To have everyone on one site avoids a number of issues. Consolidating to one site just makes sense."

Returns are huge for SWI. The company offers a free returns policy as a selling point that helps to win contracts. The onus is on the operations team to make it work.

"Our returns spike significantly, and that traffic needs to go somewhere. We need to process these efficiently, get them back into stock and back out again as new orders. The temporary structure helps with this.

"Returns are tough, and it's not about faulty products, it's about sizing, often people order several sizes and send back all but one. We build it into the margin of the garment but we want to get it right first time. Unfortunately with eCommerce it is a necessary evil."

"We are on annual contracts, we are only as good as our last season and school clothes are an emotional purchase. We've got to get it right. Even if people order after deadline, we try to get them in."

Returns arrive with SWI from Royal Mail every day, in cages. This can be 70/80 packs per cage. In the summer, there can easily be 10 cages in a day. This brings a number of challenges.

First of all, it's hard to predict when returns will land. Previously Monday was quiet for SWI and Tuesday was very busy. This was because Royal Mail processed on Sunday and Monday, but when Royal Mail moves to weekend working, then the busiest day shifts to Monday.

"You can't script what someone else is going to do," says Paul. "In any case, returns on a batch of orders don't all come back at the same rate."

Sportswear International (SWI) commercial director Paul Walker says: "We were using hired off-site premises to cope with the peak season. We've had to move people out into the car park at times, when elongating shifts didn't quite cope with peak periods.

"We put a project together using the rationale that we could offset external storage costs by building a temporary building on-site on an existing concrete area.

"We saw a number of companies and products, including tents and more formal structures. When we saw CopriSystems they stood out. Copri MD Rafe Colenso came in, did his measurements, took the brief, produced drawings and guidance on what he could produce, and to be honest it was hardly any contest. He was designing a genuinely bespoke solution, while the rest were looking to shoehorn an existing product in."

Paul reports that some canopies were made to measure but as soon as alterations were required the price shot up.

"Copri wasn't the cheapest, but for me when I looked at the proposal, it was the most robust. It can be removed if need be and while it is a temporary structure, it looks permanent, and it fits in with the style of the current building."

The project was carried out through SWI's peak period, and Paul was impressed by the minimal disruption caused by the Copri team and the erection of the structure.

"The build was self contained, I like that because we didn't have to worry about it. It was delivered within 4 and bit weeks, and it saved our bacon during a very challenging time, because we had a bigger peak than we anticipated. I can't praise Copri enough."

Paul rated the structure as offering "very good value for money," with its watertight feature being key.

"Many temporary structures involve all kinds of processes to keep them watertight," says Paul. "But this structure was watertight from day one, with no need for extra procedures."

The second challenge is where to put the cages. If it's raining, they must be protected indoors, which of course takes up floor space.

SWI uses pallets as improvised desks to assist with processing, which fits in with the adaptability of the temporary structure. It can be used to process returns when necessary and for something entirely different another day.

SWI unpacks each return, checks the garment and its papers. An operative makes a decision if the product is re-saleable. If so, it goes back to stock re-packed with a location label. There are robust checks to ensure they reach the next customer in the same condition as the first customer. If items are not suitable to re-sale they are sent to charity.

SWI has developed a number of initiatives to lessen the amount of returns received.

For example, they promote events at schools where parents can bring kids to try clothes on. SWI also encourages parents to buy for growth and place orders towards the end of the summer.

Interestingly, some sizes, such as very small, come back a lot despite numbering few orders. Paul says: "A lot of this is due to mistakes in ordering. Perhaps there is more we can do in presenting the information on our website to discourage this?"

The temporary structure has given SWI some key breathing space in the face of a considerable challenge. The next step for the company is considering partial automation for eCommerce. The retailer has already had preliminary discussions with some suppliers.