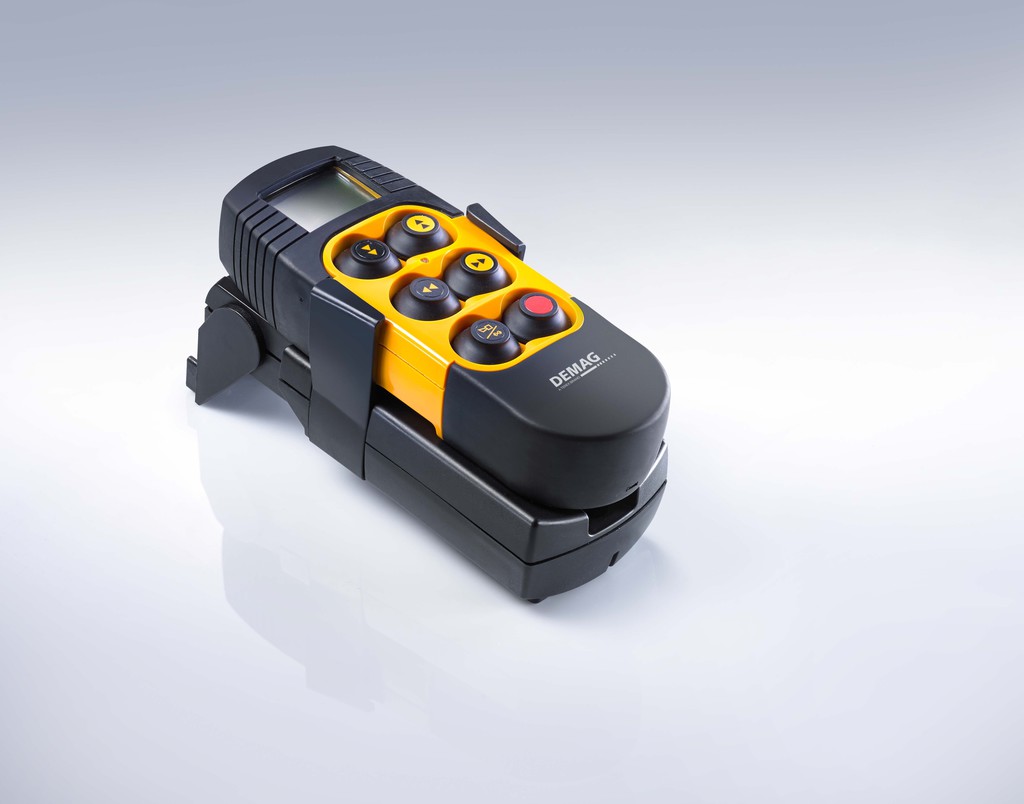 One of the principal advantages of the Demag DIR system over radio controllers is said to be the considerably shorter range, of some 40 metres between the transmitter and sensor(s), which is of benefit when the operator wants to limit the distance at which the crane can be controlled, for safety reasons. This specifically limited range ensures that operators are always in close proximity to the equipment, providing a clear view of the lifting and moving process. There is no risk that the IR control system will be influenced or impaired by radio systems and the IR offers no potential for interference with other radio controls.

The Demag DIR’s rugged hand held transmitter housing is based on the design used for Demag radio controls, meaning that users will be familiar with the controller layout and can use the same keypad concept for both transmission methods. DIR hand held transmitters are offered in two sizes for two stage control, with six buttons (DIR 6) and ten buttons (DIR 10) for the control of two or three motion axes, respectively.

Like Demag radio control systems, up to ten crane systems may be controlled simultaneously in an enclosed area. For multiple controller operation, switchover between transmitters is monitored to ensure that the control systems are clearly assigned to specific cranes.

The high contrast bi-colour display provides a clear overview of the device and warning information, which affords the highest level of safety. The integrated vibration alarm and stop function conform to Category 3, Performance Level ‘d’ to the relevant standard EN 13849-1.