Mitsubishi Electric Air Conditioning Systems Europe Ltd is a company that emphasises empowerment of its workforce to be involved in all aspects of the business. The employees created a forklift safety initiative at its huge Livingston facilities to change operations from the bottom up. HSS editor Simon Duddy visited the team to hear their story. 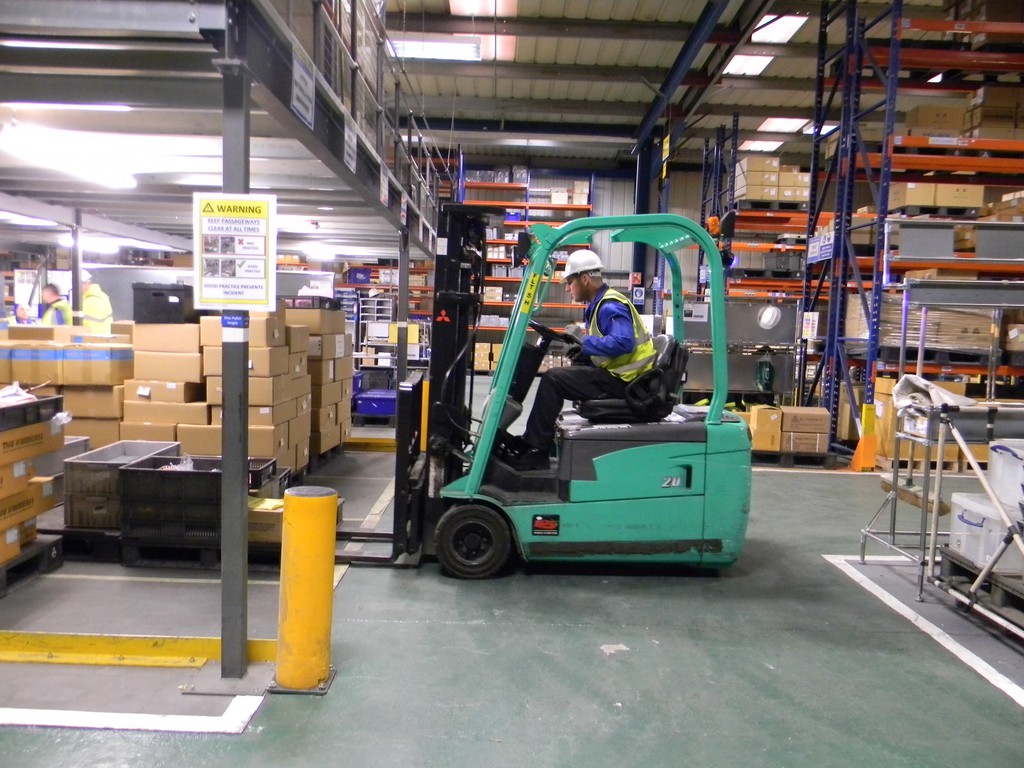 The manufacturer Mitsubishi Electric Air Conditioning System Europe Ltd has a huge sprawling estate containing 5 different facilities in Livingston, Scotland with over 900 employees; the site is big, busy and complex.

Safety has always been a priority but as the company dug deeper on forklift safety, it discovered escalating near misses on site peaking at 99 in 2013, compared to 34 in 2010. This greater awareness prompted further probing into the safety of operations. When Mitsubishi carried out a snapshot inspection of forklift safety this also emphasised the need for Improvement. The team also carried out a survey on employee awareness of powered transport, and found significant gaps in knowledge.

The survey led to the Forklift Improvement Initiative, which involved canvassing forklift operations to see how they could be improved.

Derek Smith, Stores Process Co-ordinator explains: "We had approximately 120 drivers at the time, including all shifts, so we held driver forum’s to allow all drivers to express their views, everyone had the opportunity to have their say. It was very worthwhile. Drivers were asked to identify problems and propose solutions, and we compiled 88 comments into six different categories (see box for the driver feedback).

The initiative was universally popular with forklift operators. 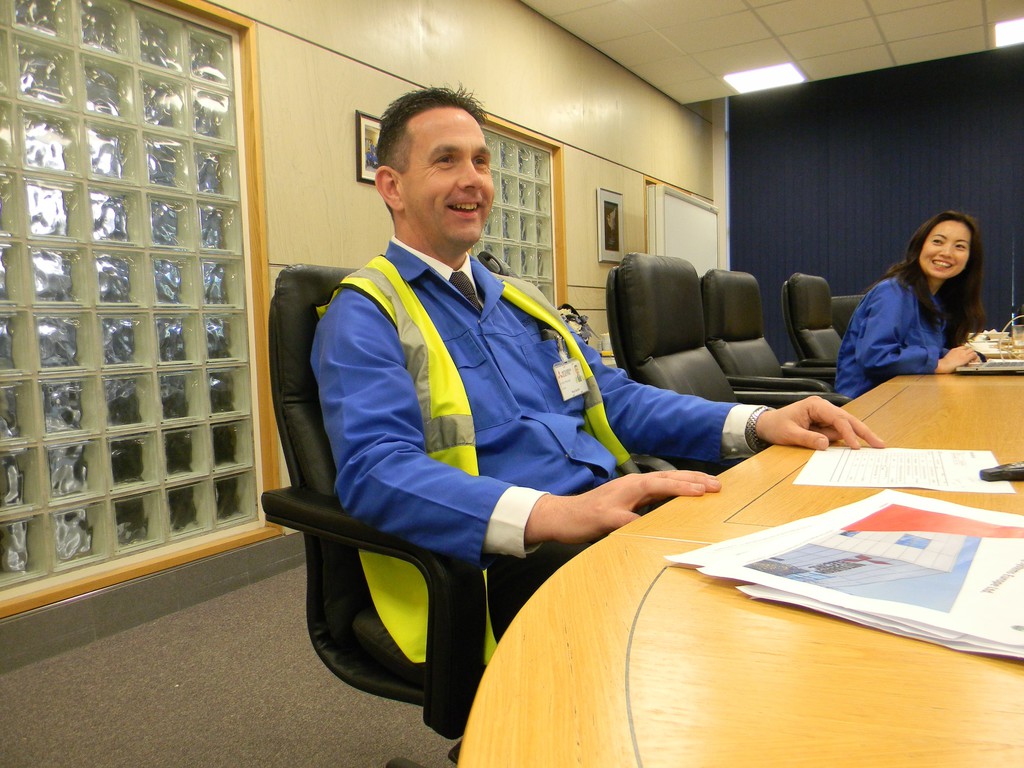 Andrew Ironside, production operative and forklift driver says: "It was a great initiative. Before this happened, we felt we never got heard, but now this has given us the opportunity to suggest how operations can be made safer, and we are already seeing improvements being made."

Forklift operators all receive the same training regardless of the specific role being fulfilled; operators have different roles - incoming goods, production, janitorial. So even though they are all on a forklift, roles can be very different, for example, in production, operators take very highly stacked finished goods into lorries, whereas incoming deal with much more varied goods from small items to large expansion vessels. This places different challenges on the operators concerned and means that training would prove more beneficial if it was tailored to the individual’s role.

The Forklift Improvement Initiative covers a huge variety of points. The company considered having forklifts and pedestrians segregated entirely, but this was not practical given the layout of the factory and its handling requirements. 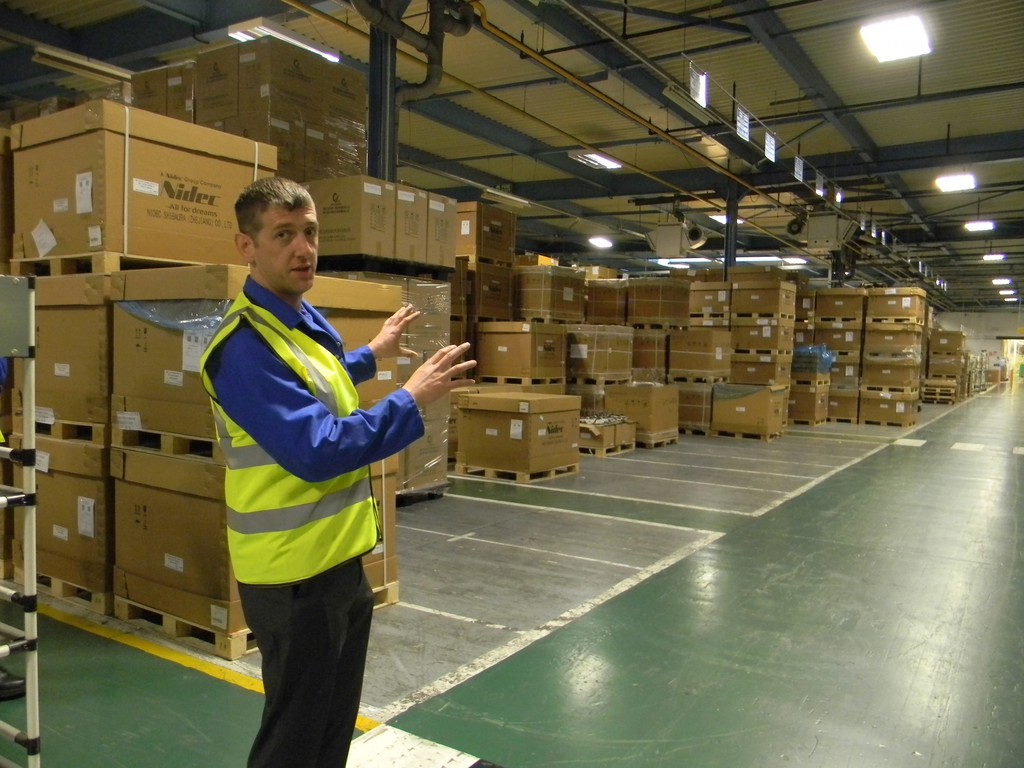 As well as the driver forum’s, the group carried out assessments for each risk in its factories. The assessments found that there are lots of different forklift brands in operation and different aisle widths deployed. As operators can be asked to work in different facilities on different days, this was identified as a potential issue. Equally, forklift brands vary in how they operate, with some differences, such as new and old style hydraulics, having significant impacts on how the truck handles, which in turn can have an impact on safety. The areas identified as highest risk are where forklift and pedestrian traffic overlap.

The Forklift Drivers gathered in forums and came forward with comments, suggestions and proposals – 88 in total across six categories.

Example – Pedestrians and Non-Forklift Drivers are not aware of the dangers of powered transport.

Example – The turning circle within the racking is not sufficient given truck dimensions.

Example – Product overhang on pallets is a real concern.

Example – Complacency and horseplay among drivers.

Example – On job familiarisation could improve.

Example – Can we standardise trucks? 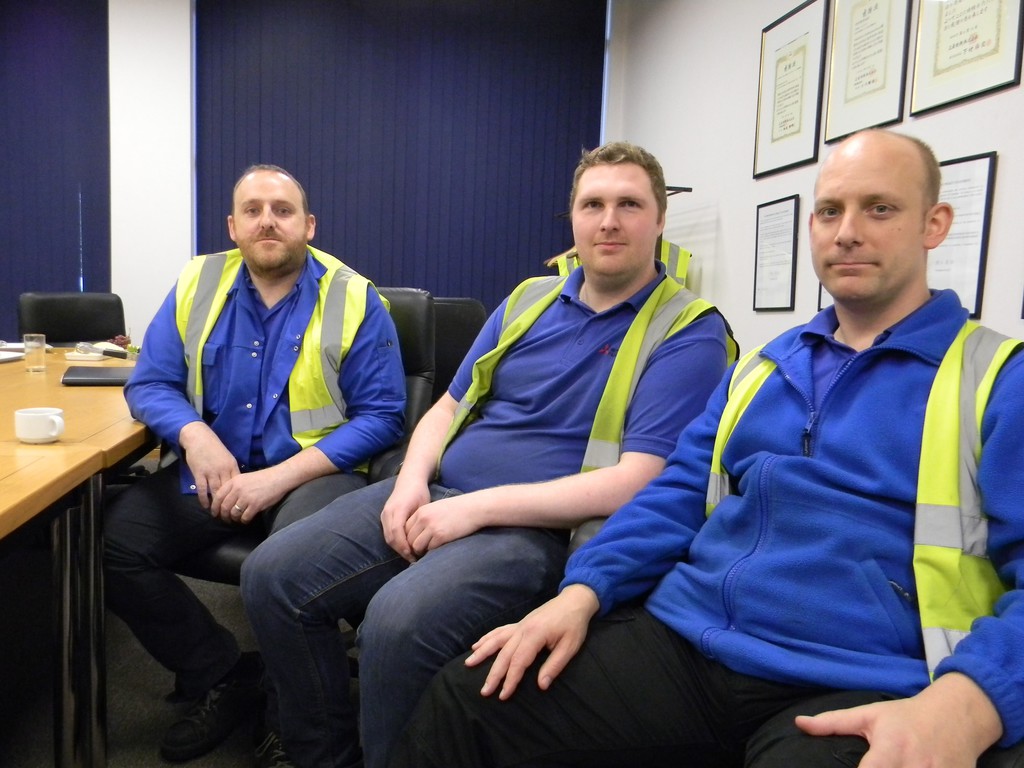 Craig Alexander, janitor and forklift operator says: "We are seeing progress, the work is already showing dividends, our biggest fear as drivers is colliding with a pedestrian. On the issue of pedestrian walkways, who has right of way? Some would say the forklift, some the pedestrian. Now, we emphasise communication. The message to both the driver and the pedestrian is 'Stop. Communicate. Don't make assumptions'."

Part of the bid to get operators to engage more in forklift safety was the establishment of a Forklift Competition. Retail vouchers are being offered to winners, as was the opportunity for the overall winner to enter the RTITB Driver of the Year competition. The driver’s participation and Interest in the Forklift competition has been very encouraging.

Stores manager Paul Smith adds: "Driver behaviour is the biggest challenge and offers the biggest benefit. We felt that the knowledge and awareness of Managers, Supervisors and line leaders could improve; there are plans to provide specific training within the Forklift Industry to Improve behaviours and disciplines. Good leadership is essential."

As a result of the initiative, Mitsubishi also examined general warehouses practices, such as a focus on improving stacking of pallets, to promote stability and eliminate overhangs, which could be clipped by passing traffic or reduce the stability of the load on the racking. The company also enforced maximum load weight limits per pallet. Other general housekeeping improvements included making sure all signage was clear and legible.

The safety initiative will also lead to the trialling of new technology. One example is Zone Safe, which uses active RFID technology to detect personnel and objects within a pre-defined zone around vehicles reducing the risk of pedestrian accidents and vehicle collisions. This is being implemented in two zones that have been identified as high risk areas. Depending on performance, the company may look at a broader implementation. The Group have also Introduced the Blue spotlight on all Forklift Trucks; this is warning lights that appear ahead of forklifts providing a visual alert to pedestrians.

Mitsubishi Electric Air Conditioning also created a new operator training centre covering issues such as PPE use and machine operation as well as forklift awareness. Supervisors train employees to check PPE and make decisions themselves - to make sure they use the correct PPE and that it is in good condition. The company has had 200 new starters this year and they typically spend four days in the training centre. Many of the starters are school-leavers and so health & safety is a major focus.

The centre features hazard stations that have been constructed in-house to focus on boosting awareness on risks specific to the factory. For example, the centre simulates what happens to a boot when a forklift drives over it.

The company has also created a mannequin - Penny Pedestrian - to use in the video re-enactment of dangers in the factory, such as walking three abreast and spilling over the pedestrian walkway.

Paul Smith explains: "We are also exploring fleet management software, which will help us look at fleet utilisation as well as making sure only authorised personnel gain access to forklifts.

"A lot of bumps go unreported when operators are using forklifts. If this technology is managed properly it will give us notification on all impacts (who,when,where) this should encourage better behaviour."

Other forklift specification improvements are the automatic adjustable forks, this can widen or narrow forklifts by command from inside the cabin. Previously operators would have to get out of the truck and move pins manually. In addition, the tips of forks are painted bright yellow to make them visible at height. The company also looking to Introduce high visibility seatbelts, which allows supervisors to check compliance from a glance. Cabins have also been added to the yard trucks, to make sure operators are not affected by adverse weather conditions.

An effort was also made to tackle the cause of two near misses in the loading bay. These occurred when a trailer was not loaded properly with the weight distribution in-correct. This meant that when a forklift went into the back of the truck, it started to drift away, with metal legs starting to buckle. To tackle this, the company bought trailer stands to support the load when the trailer is removed.

The Fork Lift Truck Association Awards for Excellence played a key role in helping Mitsubishi Electric Air Conditioning with their forklift safety initiative, both in providing some inspiration to work on forklift safety, and ultimately with recognition, as Mitsubishi achieved Highly Commended in the Safe Site Award 2016. The FLTA community also helped Mitsubishi link up with Heineken, a Safe Site Award winner, who invited them to visit their Hereford site and ask questions on forklift safety. This emphasises how, no matter what your forklift safety challenges, there are other companies who have gone through a similar process before, and in many cases they will be happy to provide assistance and support.

Paul Smith says: "It is not as simple as buying the equipment, we need to make sure we introduce the solution properly and everyone is quite clear on their responsibilities."

The company is now one year into its two year plan, but sees the work as an ongoing project that must continue with regular measurement, updates on progress and risk assessments. One of the key achievements of the initiative is that the company is now more likely to have employees involved if there is an issue to be tackled.

Final word with one of the forklift operators.

Scott Collins, process co-ordinator says: "I used to work at a place where unfortunately there was a death in the yard. I look back on this when we are working on these initiatives and it brings it home that health & safety is the most important thing in here. You can replace parts or forklifts, but you can't replace somebody's life." 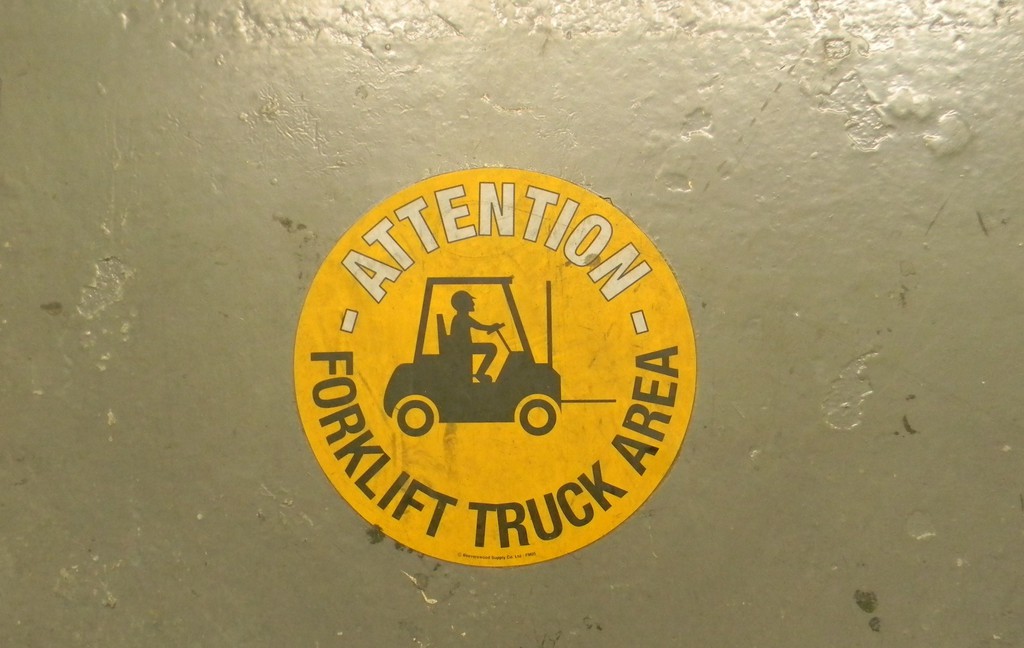