Jodie Hartley, transport operations manager at Yodel in Hatfield spearheaded a project to create temporary trailer parking space to cope with a surge in operations over Peak 2015. She talks through the project and her career to date with HSS editor Simon Duddy. 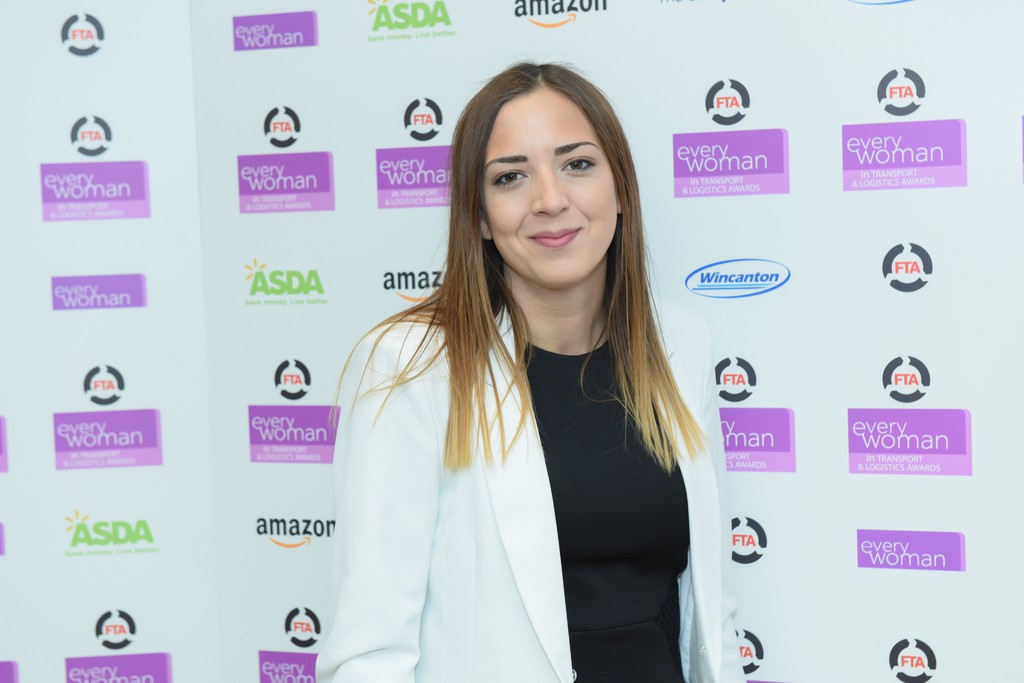 The trailer parking initiative was a reaction to the tremendously busy peak Christmas period for Yodel.

Handling & Storage Solutions: How did the project get started?

Jodie Hartley: I joined the business in September 2015. I had a wash-up with the team about the lessons learned from the previous year and looked at the forecast in volumes and the trailer fill.

It was evident we didn't have enough capacity in Hatfield to be able to cope with that level of volume, so that was the challenge. The property team were already looking for facilities we could hire out for the trailers, but the options were 30 miles away and that's a big spend.

There was already a project looking at utilising the car park as a trailer facility, but it had been put to the side because the cost and the size of the project. I came in and looked at it a bit differently.

"What is peak like? It's like in Game of Thrones when they say 'Winter is Coming', only it is 'Peak is Coming'…"

It was inexpensive to do. From there, I knocked on neighbours doors to get some car parking for the team that work here at Hatfield. We used a nearby conference centre and one in Welwyn Garden City and started using minibuses to get people in.

This freed up a huge space adjacent the sortation centre which we turned into a trailer park, to help us get a lot more volume through, and manage that volume.

As much as you can schedule trailers coming back in on time, there is obviously congestion on the roads. That's what we eliminated and how we were able to break volume records.

HSS: Did you have to adjust your yard management?

JH: We have a yard management system anyway, so just had to add a new location.

We repainted all the lines and had yard marshalls and regular control checks of what trailers were in and out to make sure we had full availability.

We would call the trailers in off the overspill car park as and when we needed them. It was our buffer basically, otherwise we would have had trailers backed up down the road.

Whatever product we needed to put through at any time, whether it was 24 hour product or 48 hour product (delivery time) we could manage that.

The costs saved were fuel and labour predominately.

JH: It's like in Game of Thrones when they say Winter is Coming, only it is "Peak is Coming…'

We are already peak planning now (the interview was carried out in June), it's exciting, it's a big challenge but it's one that we relish. Everybody has to be aligned. You have to have a team that is 100% dedicated to the client and to the customer.

There is a big buzz around it and it is crucial to plan well and review the plan regularly.

HSS: How much of an issue was safety?

JH: We were very aware, Yodel is very health & safety conscious. First of all we did a risk assessment. I heavily involved my driver trainers on site. To reduce risk only authorised people - security and shunters - were allowed in the yard area. No HGV driver could go in there and pick up or drop off a trailer. It was all done by shunters who were fully versed with the processes.

"We had a facility in an area the locals called 'The Valley of Death' which was, at one point, one of the most heavily polluted areas in the world."

We were taking a low risk area like a car park and very quickly converting it into over-spill trailer area for a very busy time of the year, so we had to be right on top of health & safety processes.

HSS: How important was security?

JH: Security booked trailers in and out as they came. We had 24 hour security to manage the mini-buses of staff travelling to and fro. This was key as the operation was 24/7. We had to make sure everybody - the drivers, the warehouse staff - could get here on time.

On January 1, we switched the overspill area back to car parking.

HSS: How did your career in logistics start?

JH: I started warehouse picking and packing just to get some cash. I really enjoyed it, and saw lots of opportunity there.

I was lucky enough to have a manager that really believed in me, and gave me the opportunity to accelerate my career. I was tenacious, I came up with ideas on how we could improve operations and I got involved in every aspect, so if there was a service review meeting, I would ask if I could go along. It was actually the customer at the time that suggested I become the manager there. So, I was managing warehouses when I was 19, 20 years old.

We had a facility in an area the locals called 'The Valley of Death' which was, at one point, one of the most heavily polluted areas in the world. Only one person spoke English on the site so trying to introduce performance improvement, cost savings and safety initiatives was challenging. My job was to identify cost saving initiatives, and a lot of it came down to route planning.

HSS: You've worked across operations. How do the warehouse and transport sides compare?

JH: Transport more heavily legislated, and there is a lot more to go after in terms of cost savings. Warehouse is more focused on volume planning and labour. I would say there are more challenges in transport, which makes it more interesting for me.

HSS: What is your career plan?

JH: I would hopefully like to be on a board some day, i don't think we've got enough women on boards in this industry. I'd like a directorship by the time I'm 35. I'm 29 now.

The FTA everywoman in Transport & Logistics Awards celebrate successful women in the transport and logistics industry. The 2016 event was the ninth, and the awards showcase role models that have made an outstanding contribution to the industry or are demonstrating drive and ambition.

Yodel's Jodie Hartley was shortlisted for the Rising Star of the Year Award in 2016.

You can find out more about the awards at www.everywoman.com/tlawards