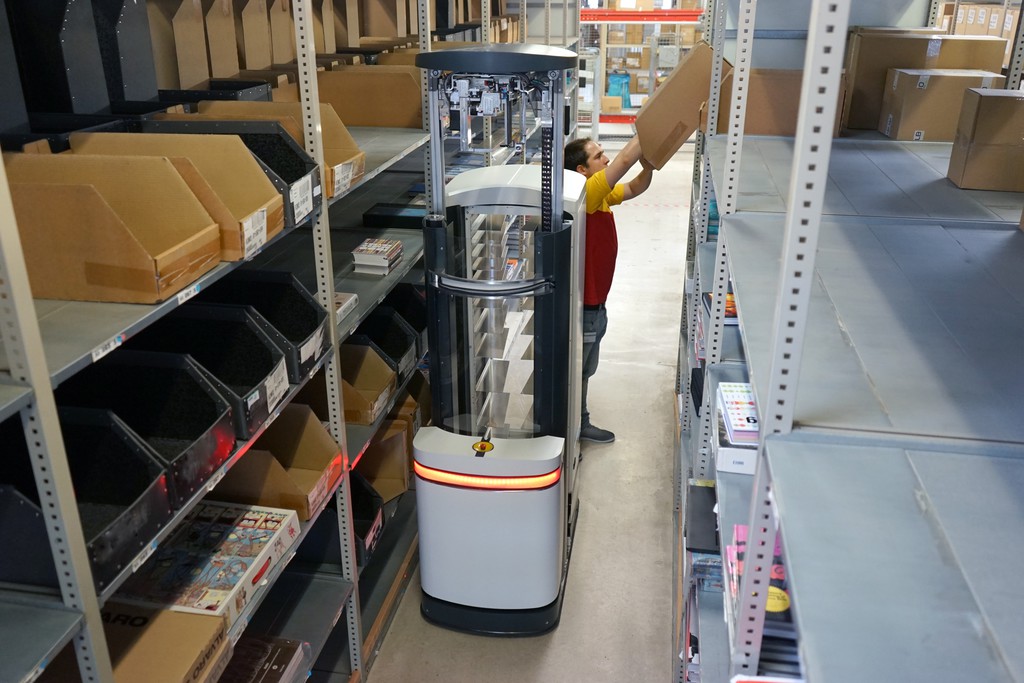 The robots have been implemented into Fiege’s Mega Center to pick shoes that have been ordered online. The perception-controlled and database-connected robot is able to pick single items, like shoe boxes, autonomously with its laser and camera-system, as well as transport them to the desired destination.

CEO and Co-Founder of Magazino, Frederik Brantner, said: “We are at a point in time where revolutionary solutions are being developed in a market that is crying out for disruption, and Magazino is at the forefront of driving this innovation.

“Incredible headway is being made within automation, computer vision and intelligent programming which means robots today are perception-driven, and reacting to their environment, which is particularly exciting when it comes to opportunities in the warehouse. From the beginning, it was fundamental to us that the robots are able to work alongside humans, as their implementation is intended to complement the existing workforce.”

Jens Fiege, CEO of Fiege adds: "With the implementation of new technologies, we pursue the goal to make our logistics processes quicker and more efficient."

Magazino’s TORU Cube, which receives its picking-orders via WLAN, is able to pick rectangular-shaped objects, up to a weight of three kilograms, from the lowest up to the highest shelf of a regular storage system. The robot can store six to eight shoeboxes in its internal storage space and can, therefore, execute numerous orders in one run. Due to its safety laser, the TORU robot recognises obstacles, as well as humans, in its environment and uses these as points of reference to orientate and pinpoint its location in the warehouse. This means reflectors or markers on the ground are not necessary. Once learned, the intuitive robot is able to share, via WLAN, self-created maps of its environment with new robots.