In 1991 Michelin built a highly-automated warehouse facility in Gothenburg, Sweden. When the time came for the site to be updated, the manufacturer turned to Swisslog. 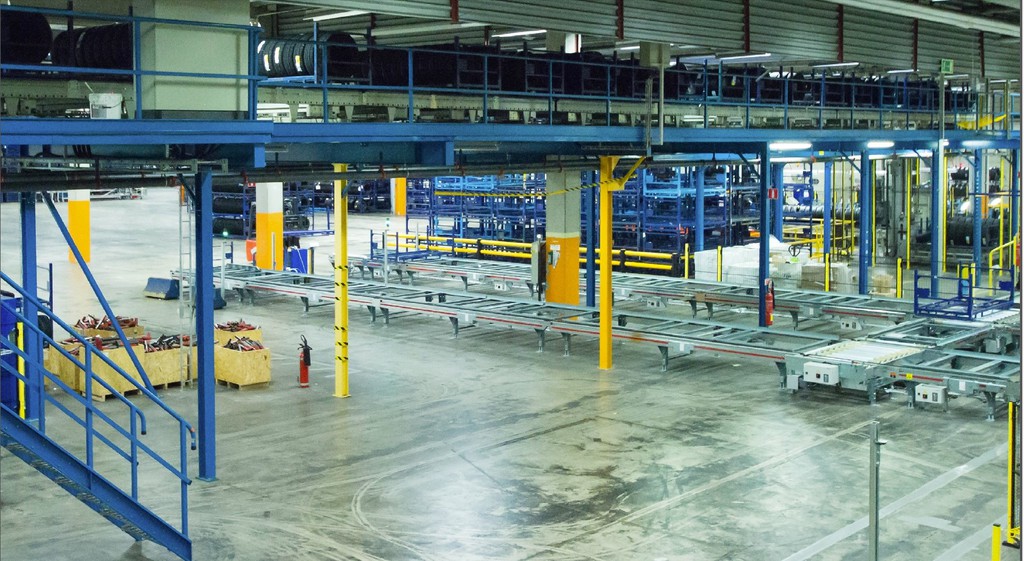 The decision to modernise the facility was a natural result of the fact that the equipment was no longer able to manage inventory production fast enough or efficiently enough during production peaks.

“Our existing AGVs were not suitable for the large and rapid goods-flows and unable to handle the increased volumes. They became a bottleneck in the flow during our peak seasons. In addition, it was getting difficult to get spare parts for both cranes and AGVs,” says logistics manager Patrik Oskarsson.

A large part of the equipment in the warehouse - including cranes and AGVs – was installed by Swisslog as early as 1991. Swisslog was selected and commissioned to quickly and professionally carry out the modernisation of the facility. The project was designated The Retrofit Project.

The work focused on replacing the facility’s existing eight stacker cranes with new, high efficiency cranes. In addition, a fixed conveyor system was installed, which replaced the previous AGVs. Oskarsson says that the biggest challenge was to make replacements and carry out modernisation while having minimal impact on the daily warehouse operations. The high bay warehouse had to close completely during the eight weeks to allow for the replacement of cranes, and when the new conveyor system was installed, an external warehouse had to be used as a supplement for a few months during low season.

“It was a very well executed project. Swisslog understood our challenges and managed to plan and carry out the modernisation with minimal disruption to our daily production. The modernisation and crane replacement went smoothly and we succeeded with our most important assignment; to get the tires to the recipients at the agreed time,” says Oskarsson.

Through the new conveyor system, Michelin Nordic’s DC has got a completely new layout and significantly improved capacity as a result of the new modern cranes. The modernisation makes it possible to maintain a high level of delivery service and avoid bottlenecks associated with the seasonal peaks that occur during June to October and January to March.