Sadiq Khan, Mayor of London is 'not prepared to stand by and let dangerous lorries continue to cause further heartbreak and tragedy on London’s roads'. 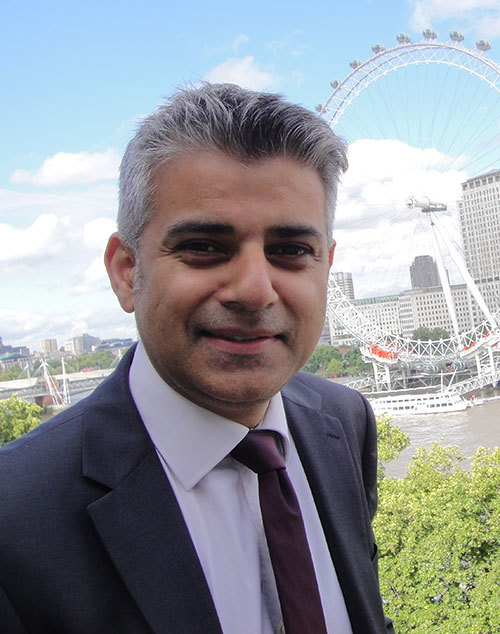 Under a new plan, the most unsafe HGVs are to be banned from London’s streets by 2020.

TfL’s Direct Vision Standard will use a ‘star rating’ from 0 to 5 stars to rate construction and other heavy goods vehicles (HGVs) based on the level of vision the driver has directly from the cab.

Only HGVs meeting 3 stars or above – ‘good rating’ in the new Direct Vision Standard - would be allowed on London’s roads by 2024.

Sadiq Khan, Mayor of London, said: "I’m not prepared to stand by and let dangerous lorries continue to cause further heartbreak and tragedy on London’s roads. The evidence is clear – HGVs have been directly involved in over half of cycling fatalities over the last two years, and we must take bold action to make our roads safer for both cyclists and pedestrians.

"I’m determined to ensure the most dangerous zero star-rated lorries are removed from our roads completely by 2020. Our ground-breaking Direct Vision Standard will be the first of its kind in the world, directly addressing the issue of lethal driver blind-spots. I’m also proud that TfL will lead by example and will not use any zero-star lorries in its supply chain from the new financial year."

The Freight Transport Association called for reasonable lead times highlighting the need to allow freight operators to plan their fleets to comply with any new requirements. The Association had contributed to the proposed plans outlining the efforts of freight and logistics operators to improve safety of their vehicles and for other road users.

Natalie Chapman – FTA Head of Policy London, said: “The Mayor’s proposed plan is a much more targeted approach which we welcome.  Improving direct vision is in principle a good idea, FTA has been advising members to purchase vehicles with improved direct vision for several years - they should continue to do this, as this can only help. But it would be wrong to think of this as some kind of a silver bullet – research suggests that in some incidents involving lorries and cyclists, this may not help.

“Safety is a key priority for FTA members, many have already made major improvements to their vehicles, and introduced advanced driver training. But it should be remembered that for some operators – particularly small businesses - these proposals will be a significant challenge. Industry needs time to adapt and reassurance that the investments that have already been made – for example in sensors and camera technology recommended by TfL - will be taken into account. ”