Forever 21 is said to have saved $1 million after switching from laser scanners to image-based ID readers from Cognex. 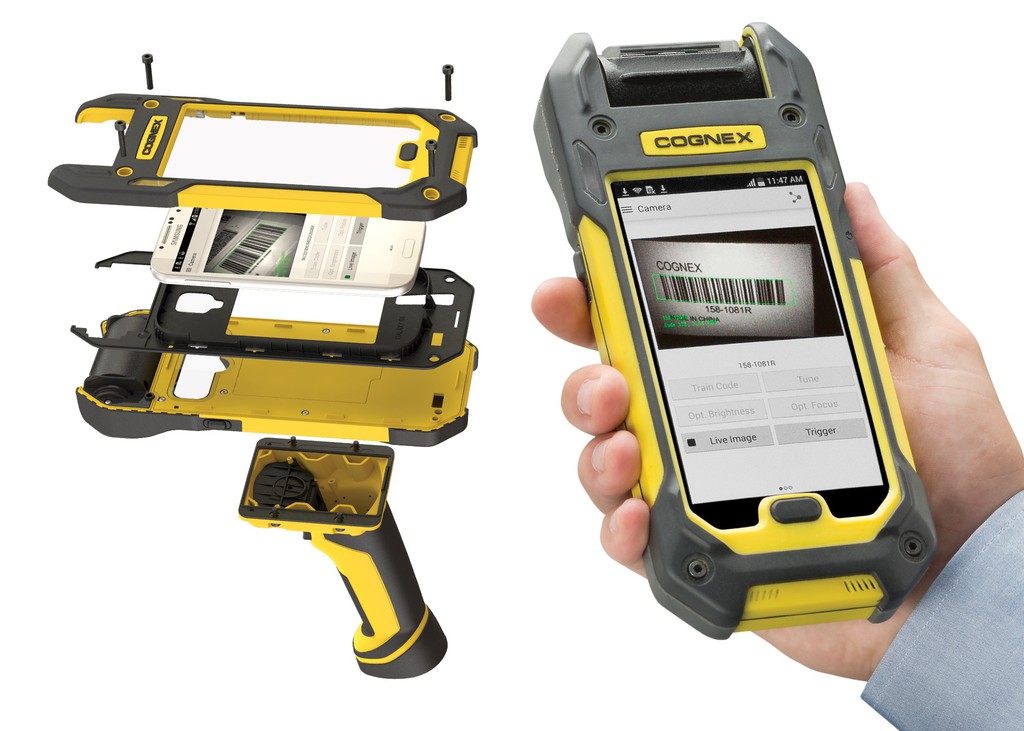 Forever 21 is a fashion retailer with sales of $3.85 billion in fiscal 2014. The company fills online orders with a Bomb Bay sorter line.

The line depends on barcode reading technology to sort and deliver individual items to the correct matching station where they are combined with other items in the same order and prepared for shipment. The laser scanners formerly used to read the barcodes were not able to read between 5% and 6% of the codes.

Running at peak capacity, this meant that 1,728 items per hour had to be manually delivered to the correct matching station by the picking team, which consumed about 15% of their time.

Having provided the Bomb Bay sortation solution to the retailer several years ago, EuroSort Inc. was tapped by Forever 21 for the task of integrating the Cognex DataMan 503 image-based ID readers because they can read labels that laser scanners can’t. These image-based readers process the complete image and read codes despite problems that would otherwise make them unreadable for laser scanners.

“The image based system reduced the number of codes that could not be read to less than 1%, improving picking productivity by about 15% and providing a cost savings of approximately $1 million per year,” said Jason Kim, Industrial Engineer for Forever 21.

Online orders received by the company are distributed to pickers who pull the items from inventory and place them on the EuroSort Bomb Bay sorter line. The items travel in individual trays. The identification label on each tray is read after the item is inducted into the sorter. The tray travels around the sorter. When the item arrives at its intended destination, the appropriate tray or trays open, swinging down and apart, like the bomb bay doors of a military aircraft. The item drops through the tray into the matching station below. When the order is dropped by the sorter into the matching station, the cubby where the order is to be staged lights up. The operator then places the item into the lit cubby. Each matching station has 24 cubbies where the items in the order can be stored until the order is complete.

A particular advantage of Bomb Bay sorters is that they are normally positioned in the air above sortation destinations so they occupy a very small footprint. The belt on the sorter moves at about 1 meter per second and the sorter line at full capacity can handle 28,800 packages per hour. A critical aspect of sorter operation is accurately reading the labels on each item so that they are directed to the correct matching station without manual intervention. In the past, opto-mechanical laser scanners were used to read the tags because of their simplicity, low cost and ease-of-use.

However, this application presents particular challenges for laser scanners such as the potential for codes to be at varying angles, in different positions, covered by a plastic bag that may generate glare or distortion or be wrinkled. The greatest ID reading challenge in this case is that the barcodes came from two suppliers and one of the suppliers had lower quality specifications so the codes were inherently harder to read. Because they see only a single scan line at a time, laser scanners have a very limited ability to read poorly printed, degraded, damaged or improperly presented codes. The laser scanners were unable to read between 5% and 6% of the codes. The items whose codes could not be read were rejected through a chute that returned them to the induction zone. The picker who had picked the item was responsible for manually delivering the item to the correct matching station.

This process hampered the productivity of the pickers and, during peak seasons, limited the throughput of the online order fulfillment process. EuroSort, the company that provided the Bomb Bay Sorter, had originally specified the laser-based scanner for the Forever 21 application based on the barcode quality at the time of installation. Upon learning of the no-read rate on the Bomb Bay sorter, EuroSort decided to task the experts at Cognex with determining if an image-based reader could provide superior results in reading the Forever 21 barcodes from two suppliers.

“We talked to our Cognex sales rep and had him analyze the two different barcodes via the DataMan 503 Vision System,” said Nick Herbon, Regional Sales Manager for EuroSort. “It was clear from the start that the Cognex solution could provide superior results. It was able to read nearly every barcode, except for those that were damaged or obscured from vision, such as a barcode that was wrinkled to the point that several bars are hidden. We were very pleased!”

Instead of relying on a photocell monitoring the reflections of a single laser beam passing across the barcode to generate an electrical signal, image-based readers capture an image, and then use a series of algorithms to complete the read. A typical algorithm searches the entire image for the code and identifies the position and orientation of the code. An image-based barcode reader is able to read multiple barcodes in any orientation within a single view. Other algorithms handle degradations in code quality such as damage, quiet zone violations and reflections. Algorithms allow image-based readers to successfully read codes regardless of code quality, size, marking method or material, print variations (color, poor print, scratched, washed out), printing types (ink jet, dot peen, laser etch, direct part mark) and surface types (glass, metal, cardboard, ceramic, plastic). Laser scanners sometimes require repair and replacement because they rely on a motor-driven oscillating mirror to move the laser beam across the bar code. On the other hand, image-based readers are solid state and don’t wear out over time.

As a result, image-based barcode readers provide two to three times the life of laser scanners. Imaged-based readers make it possible to save images of codes that can’t be read for later review. The ability to analyze no reads through image archiving provides the opportunity for continuous improvement. Reviewing saved images of parts whose barcodes were not read can generally reveal if the problem resides within the reader setup or the process. For example, was the barcode missing? Was it dirty? Was it wrinkled? With visualization, the root issue can be addressed in a continuous process improvement program. EuroSort equipped the line with Cognex DataMan 503 image-based ID readers with 2.1 megapixel resolution, image acquisition of over 100 frames per second and synchronous multi-camera operation. A photoeye is positioned near the induction point on the sortation line.

The PLC is connected to the ID reader via an RS-232 serial line. Whenever a package on the belt goes past the photoeye, it sends a signal to the Beckhoff programmable logic controller (PLC) controlling the sorter line. The PLC then triggers the vision system to capture an image of the item. The PLC program has function blocks that listen to the serial module for the results of the scan. After reading the label, the ID reader sends the results to the PLC. Many of the labels have two barcodes, one with 10 digits and the other with 12 digits. The ID readers read both codes and send them to the PLC. At the present time, only the 10-digit barcode is used for sorting so the PLC ignores the 12-digit code. But if the 12-digit code is ever used, it can be incorporated into the sorting process with a simple programming change.

“I am very happy with the success that we have achieved with image-based scanners,” said Jason Kim Industrial Engineer for Forever 21. “With the image based scanners our current read rate is over 99%. Our throughput benefits greatly from decreasing the time pickers spend at the labeling station. The result is that we are able to process a lot more orders with the same number of people.”