A Bedfordshire metal company has been fined for safety breaches after a worker suffered severe leg injuries and lost most of his foot. 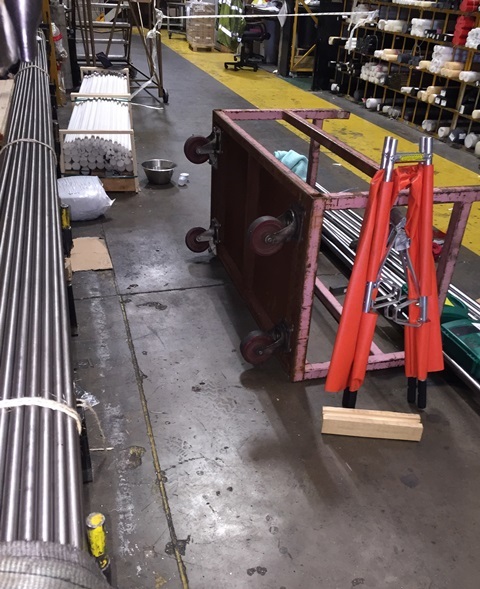 Luton Magistrates’ Court heard how 24 year-old Luke Simpson, who was an agency worker for the company, was injured when a trolley carrying metal stock fell on his legs causing severe injuries.

A bundle of 18 stainless steel bars weighing about 900kg was on a four wheeled trolley. The trolley was manually moved by Mr Simpson and another staff member but it tipped over and the bundle of bars fell off the top of the trolley trapping his leg and foot. He was rushed to hospital by the emergency services.

Mr Simpson’s right leg was broken and his right foot was badly crushed. Despite a number of operations to save his foot, most of it was amputated and he now has a prosthetic foot. It was many months before he was able to return to work. Mr Simpson is currently only able to work on a part-time basis.

HSE found that the metal trolleys had been used on site for some 20 years without incident. Smiths purchased the trolleys to be used as ‘workstations’, but employees had chosen to also use them to move metal stock around the site. There was no risk assessment or written system of work for these trolleys at the time of the accident. The trolley also had faulty wheels and there was no record of any maintenance.  After the accident, the trolley was given a safe working load of 500kg; half the weight placed on the trolley at the time of the accident.

Speaking after the hearing, HSE Inspector Emma Page said: “Luke’s life has been drastically altered by what happened and this incident could have been very easily avoided with some very simple measures. The right equipment and a correct maintenance system would have prevented this from happening.”