One of the world’s leading vehicle tyre manufacturers, has specified an installation of seven Stertil Combilok vehicle restraint systems to support warehousing operations at its production plant in Dundee. 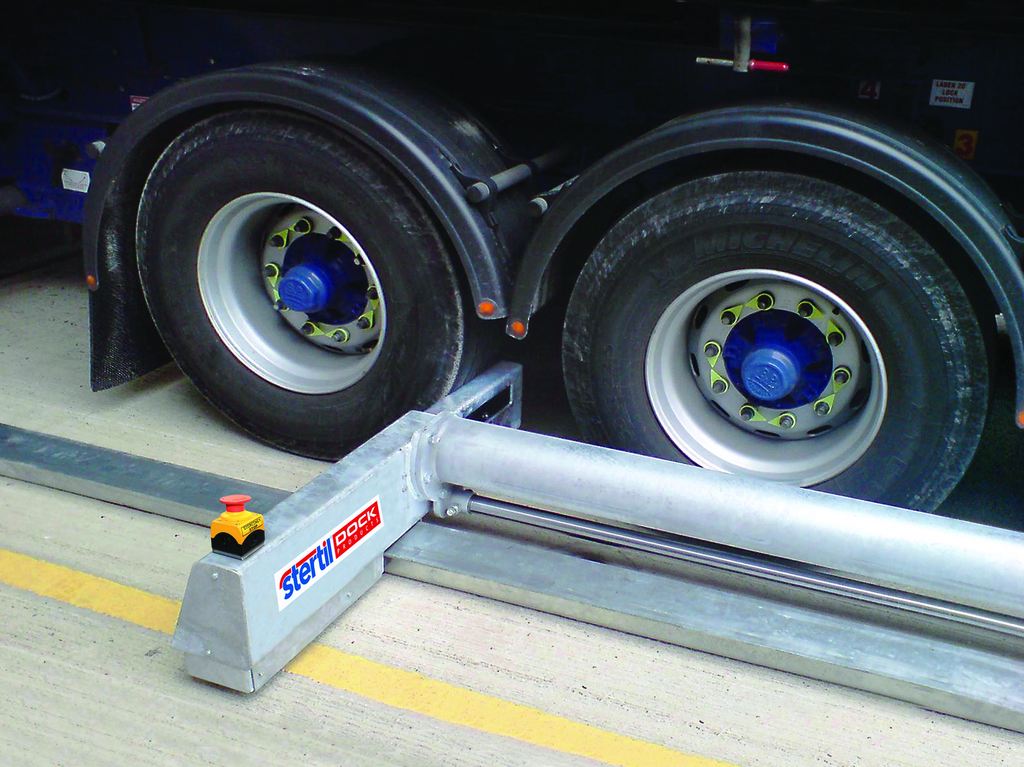 As one of the city’s largest employers for 43 years, the company recently invested £100 million to expand and improve its manufacturing facilities.

The Combilok vehicle restraint systems, supplied by Stertil Dock Products, are used to ensure that loading bay operations are not only efficient but also completed safely and smoothly. In many loading bays, communication between drivers and distribution personnel can be poor which can, potentially, compromise safety. The Combilok provides an effective ‘safety net’ to protect against poor communication - and the risk of unintentional vehicle movement on loading bays - by holding vehicles in one place until loading or unloading is completed.

The Combilok also eliminates damage to expensive goods and equipment and helps guard against theft. Importantly, the Combilok accommodates most types of commercial vehicles including those with tail lifts, mudguards, underrun protection bars or side skirts. It can be assembled on smooth surfaces like stelcon plates which means that it’s suitable for both new and existing sites. Stertil Dock Products has also designed the Combilok system with a minimal number of moving parts, making it inexpensive both to maintain.

“The recent massive investment in the Dundee plant has enabled the company to increase its productivity and meet demand from customers all over the world,” says Andy Georgiou, general manager of Stertil Dock Products. “However, everything produced is distributed by trucks and lorries using loading bays, where safety is of paramount importance. Our Combiloks make sure that there’s no compromise on safety during loading operations and vehicle turnarounds are fast, smooth and straightforward.”