In order to help the police and to protect the public, the Fork Lift Truck Association (FLTA) has created an online database where thefts of trucks can be reported. 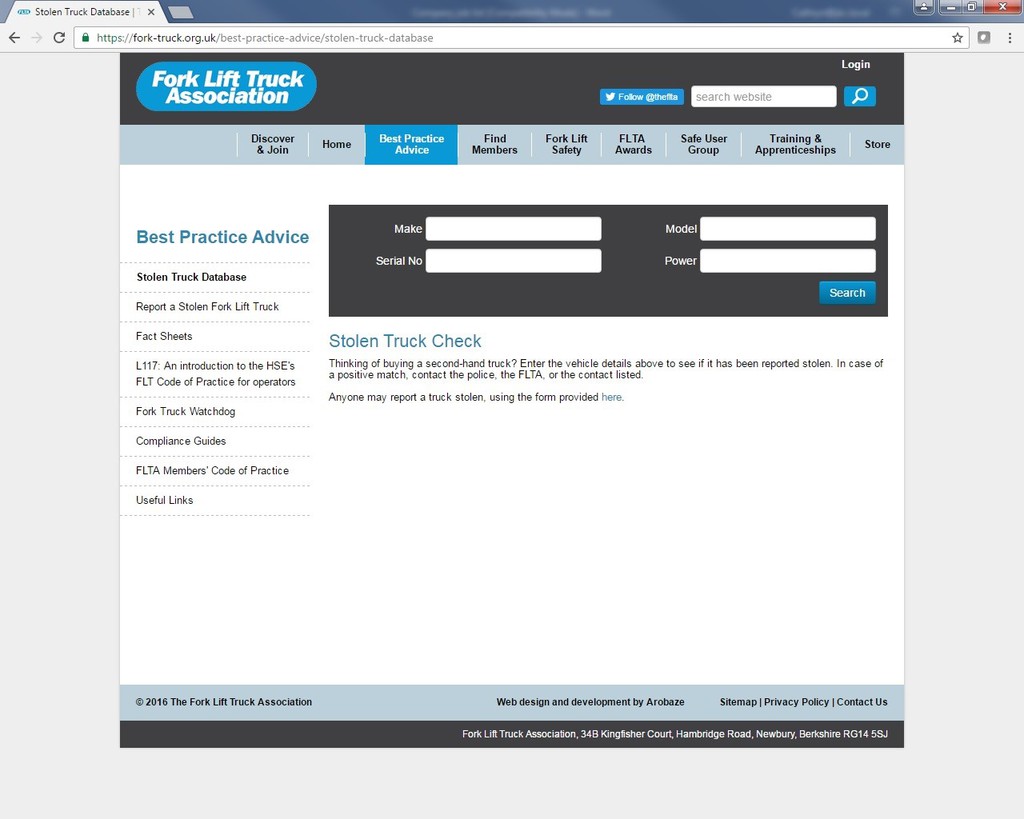 Users can visit the FLTA website to report a theft or check the database to avoid buying a stolen machine.

The Stolen Truck Database is believed to the first of its kind in the UK. Through it, anyone who has had a truck stolen can report the theft and the details of the truck including make, model, power source and serial number.  This is then added to a central database. Similarly, anyone being offered a used truck can access the database to check whether it has been reported as stolen.

“The FLTA has been operating a similar database for the benefit of its members for a number of years and, because it has proved so successful we decided to open the facility to a much wider audience,” explains FLTA chief executive Peter Harvey.

“Over time, it will become an invaluable resource to the whole industry including those buying trucks, those who own trucks and the trade itself. It will also be a valuable tool for law enforcement officers.”