When it comes to short-shuttle working, most operators are looking for the same things but Stewart Gosling from Red Diamond Distribution, UK importers of Mitsubishi forklift trucks, suggests starting with a blank sheet. 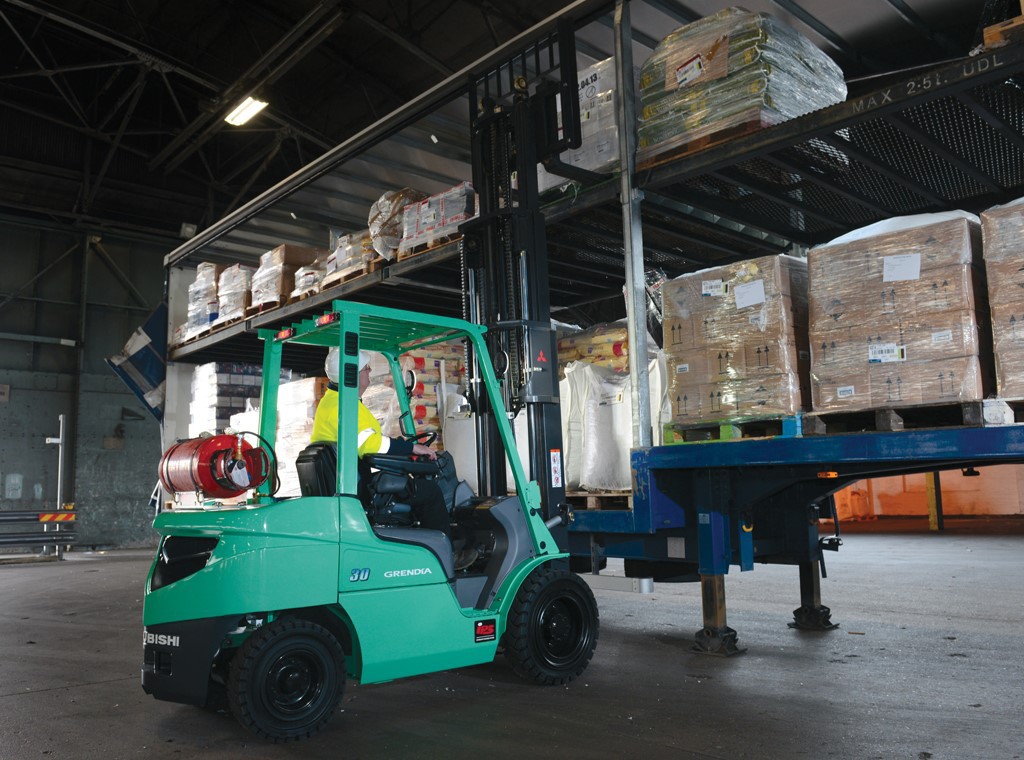 In my experience, almost every specifier involved in short-shuttle operations has a similar wish-list: maximum fuel economy, very rapid cycle times, smooth, precise safe handling, predictability and great all round visibility. But most start with an assumption regarding motive power and I’d suggest that this, too, should be an integral part of discussions.

Let’s take a look at the pros and cons for the two main alternatives: LPG and electric.

The LPG counterbalance is, without doubt, the weapon of choice in many hubs and other environments where achieving a rapid turnaround and multi shifts is the name of the game. They want agility and they want operational economy - especially their responsibilities extend to managing transport fleets where fuel prices are monitored constantly with even the smallest shift in the price dramatically affecting profitability.

But let’s be clear, it’s not just the markets that can influence running costs. Not all forklifts are created equal when it comes to guzzling gas.

In a series of real-life comparative tests, a major UK company pitted the Mitsubishi GRENDiA ES against one of its biggest rivals. From a single cylinder of LPG, the GRENDiA delivered 11.5 hours of work - while the competitor provided 9. In cash terms, that 28% superiority in fuel economy means a saving of £9500 per truck over a 5 year rental term. Multiply that by 30 machines in the fleet and the economies are in excess of a quarter of a million pounds.

How is it achieved? In part it’s down to the management system but also to the fact that Mitsubishi is employing purpose-designed industrial engines rather than those adapted from the automotive market.

The engine also comes with a closed-loop three-stage catalytic convertor which reduces carbon monoxide and hydrocarbons emissions – as well as 95% of dangerous NOx gases.

Extending cleanliness still further, the GRENDiA ES incorporates – as standard – a factory-fitted belly guard. This serves two important purposes. It stops dust and debris getting caught in your engine or being circulated by trucks throughout your warehouse.

Thanks to the latest generation of battery-powered trucks, operators are looking at them for even the toughest applications.

The latest generation of electric counterbalance forklifts, like the award-nominated EDiA EX from Mitsubishi, do everything that a gas or diesel truck can do… only cheaper, cleaner and more effectively.

They similarly outperform hybrid alternatives which, in my experience are rapidly being recognised as being inefficient, complex, costly and an irrelevant compromise.

Getting back to the high-performance electrics, it’s true the initial purchase price may be slightly higher than an equivalent IC model. But, over a five-year rental contract in a demanding environment like distribution, lower fuel and maintenance costs typically result in an average saving in the region of 25% when compared with gas or diesel counterparts. 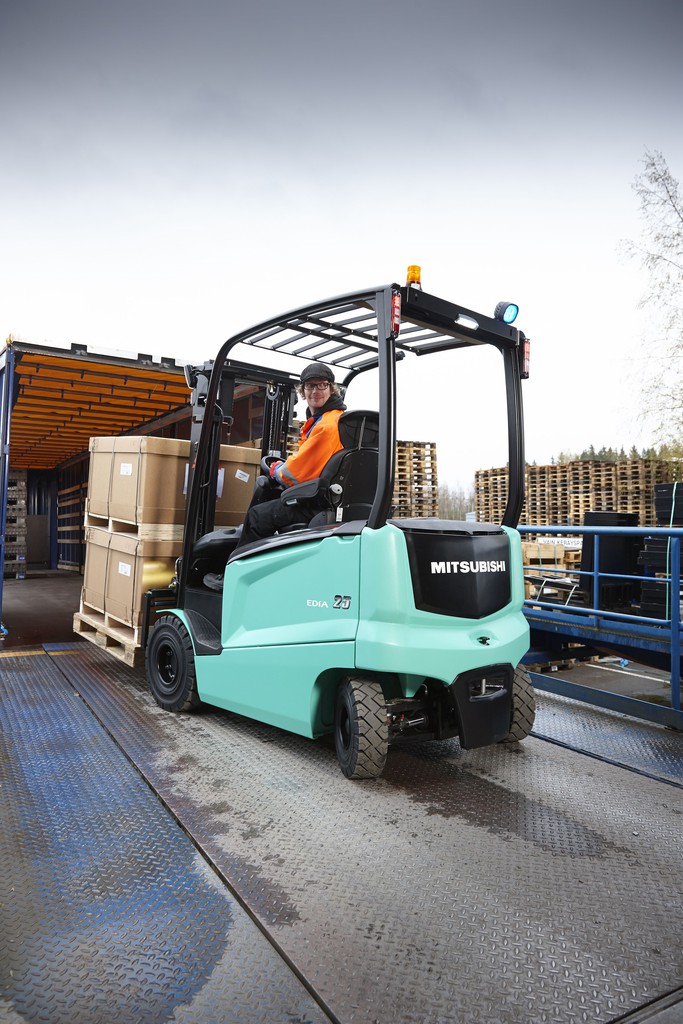 The EDiA EX is said to also outmanoeuvre the IC truck. Traditionally, a forklift truck’s steer wheels turn by a maximum of 90-degrees. However, achieving this maximum in the tightest turns forces the truck backwards placing exceptionally high pressure on the tyres, as well as the rim.

This problem has been solved by EDiA’s engineers through a combination of intelligent software and counter-rotating drive wheels, which deliver a unique four- wheel steering geometry, making it extremely agile in tight spaces without any pressure on the steer wheels.

Remarkably, in tests, the truck proved totally manoeuvrable in the most demanding turns using the drive wheels alone (ie with the steer wheels raised off the ground!).

Again, unlike any competitor, its rear axle turns through 100 degrees adding even further to its exceptional manoeuvrability.