Handling & Storage Solutions explores forklifts thefts and fraud with a focus on recent incidents, and advice on what you can do if it happens to you. 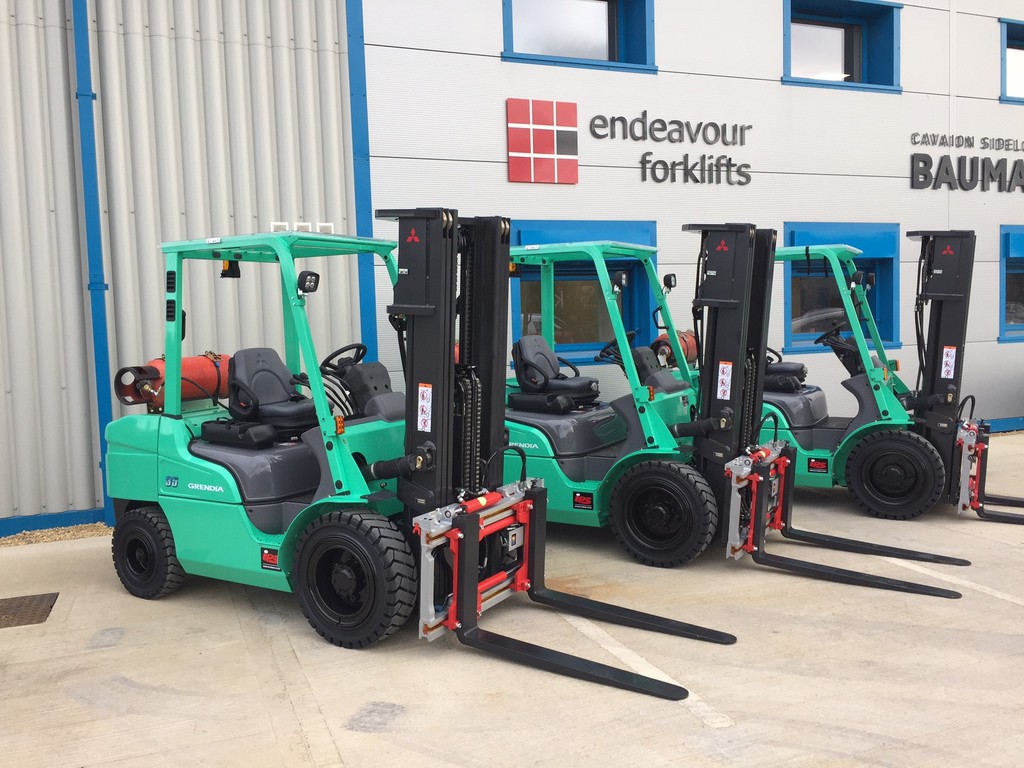 Two thieves were caught for their part in the theft of six forklift trucks from the premises of Windsor Materials Handling in Hull.

One of them was caught after leaving a fingerprint on the gate. The thieves used the firm's own forklifts to force open the gate, and load them onto a recovery truck stolen earlier.

The thefts took place over a weekend in July, Hull Crown Court was told.

CCTV showed a thief climb over the wire fence and use a forklift to lift the 15ft gate off its rollers. He then made a call on his mobile, and 30 minutes later the stolen recovery truck.

Two forklifts were driven away, with six taken in total over the weekend.

Windsor Materials Handling MD Stephen Burton said: “Unfortunately, plant theft is far too common. It puts companies and jobs under further pressure and we should not accept it as a victimless crime or inevitable cost of doing business.”

Criminals have varying MO, where some will break into depots and steal trucks, others are investing in the means to defraud companies, posing as legitimate customers.

Endeavour Forklifts is one company to fall victim to such a fraud.

They hired out a forklift to a customer in Sheffield, only for the customers to vanish into thin air and the forklift with it.

What is so disturbing about the case is that the company in question appeared to have strong credentials, the criminals setting up the company had clearly gone to a lot of trouble.

When Endeavour checked the company out, it found a firm that had a very good credit score, had filed returns at Companies House, and provided a copy of its hired-in plant insurance.

All appeared to be in order, but when Endeavour did not hear from company after the truck had been hired and it could not be reached on the phone, alarm bells started to ring.

When forklift distributor Forkway found seven trucks missing from a locked yard, its engineers made enquiries around the trading estate and discovered that two low-loaders had arrived during the night and had driven off with the trucks. Armed with this information, police were able to track the route taken by the get-away vehicles to a location close to the M27.

In the meantime, a Stolen Truck Alert had been circulated and almost immediately a member of the Association contacted Forkway to advise that they had been sold a number of the machines.

As a result of this tip-off and enquiries undertaken by both the police and the company itself, within 24 hours the culprits were identified: one of them had previously worked for Forkway and was still working in the industry. Forkway’s investigations revealed that he had stolen from his current employer who had not reported their thefts.

The Forkway equipment was returned and, by way of a “thank you”, two trucks were sold at a heavily discounted price to the dealership that had provided the vital information regarding the identity of the perpetrators.

Martyn Fletcher, MD of Forkway: “My advice would be to never leave anything of any value in your yard, even if it isn’t in a prominent place. Always lock trucks inside a building. If you are unfortunate enough to be robbed, then you need to work very closely with the police and be persistent in seeking updates and, if appropriate, follow up your own enquiries. To the police ours was a relatively minor crime so it was only by harrying them repeatedly did we obtain justice with two of the felons convicted.”

Endeavour MD Jason Reynolds said: “We went out to site and spoke to the security team who said the truck had been loaded after arrival and was gone. It happened to other plant hirers as well.

“The police are involved, I think we are looking at organised crime here, and the truck is probably out of the country, where it is easier to sell.”

The stinger is the truck was a new 3 tonne diesel Mitsubishi counterbalance truck with a hired-in clamp.

“We’ve had to pay for both, and taken quite a hit. Talking to other dealers, its a common problem, we’ve heard of some having trucks stolen on fraudulent credit cards.

“We have reviewed all of our processes, we did all we could, as you can’t know everyone personally.”

Jason has added the forklift to the Stolen Truck Database run by the FLTA.

The Stolen Truck Alert was originally for the exclusive use of FLTA members, but the Association recently extended its scope and availability by offering open access to its Stolen Truck Database which can be accessed at: https://fork-truck.org.uk/best-practice-advice/stolen-truck-database

Members of the Association will still receive Alerts but can find greater detail by interrogating the Stolen Truck Database.

Windsor Materials Handling MD Stephen Burton added: “We fully support any efforts to improve the traceability of stolen equipment and bring criminals to account. Technology plays a part, but our case shows that a determined thief will do whatever they can to exploit any situation, so as an industry we can, and must, work together to stamp out the trade in stolen equipment.”