Edinburgh Bicycle Co-operative (EBC) was established in 1977 by three cycling enthusiasts who wanted to run ‘a shop they wanted to shop in’. Almost four decades later, the company has stores throughout Scotland and the North of England, along with a thriving e-commerce website. 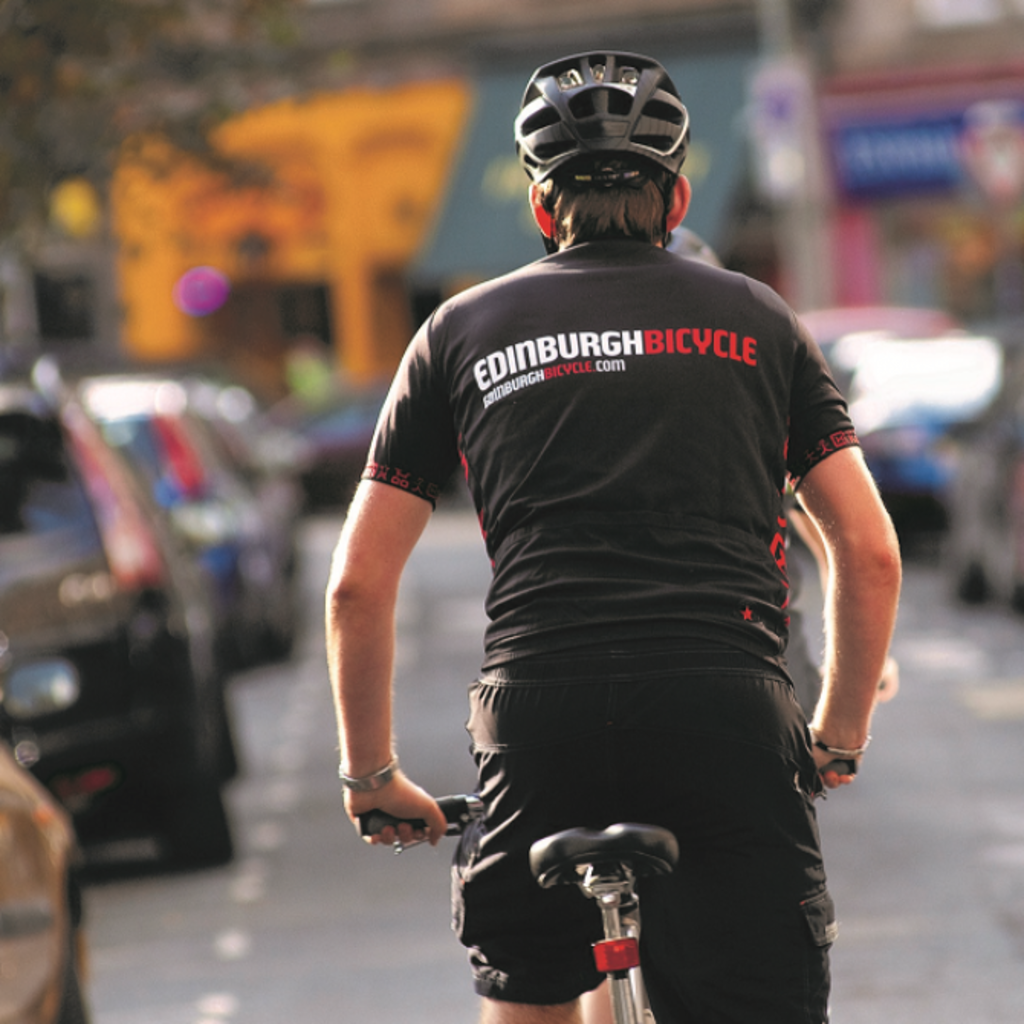 As the name suggests, EBC is a workers’ co-operative, in which all employees have an equal say and share of the profits.

EBC aims to offer the richest selection of bicycles and equipment from the most interesting brands in cycling and, as part of this commitment, caries a range of around 50,000 SKUs.

The company’s warehouse operation is responsible for regular store replenishment, delivering six times per week to EBC’s flagship Edinburgh store and 2-3 times per week to other outlets, as well as the picking of online orders for next day despatch.

EBC was using the WMS module of its ERP system to manage the warehouse. While this offered some basic functionality, in terms of warehouse locations and stock management, it was poor. Put-away was done manually and alphabetically and relied on staff to put product away in the correct location. In addition, without the use of bar-codes, the operation also relied purely on the people in the warehouse to correctly identify products by sight and from experience.

As a result, the operation experienced problems in finding and identifying stock.

This was magnified by a rapid increase in inventory levels in the warehouse in line with the company’s growth.

EBC’s Warehouse Manager, Bill Rennie said: “We’d just about managed to muddle along with the ERP WMS when we had one store and a small e-commerce operation but, as the business grew, and grew fast, it became obvious that this wasn’t sustainable.

“While we generally managed to meet our service level commitments, this involved huge amounts of unnecessary work which was, in turn, costing us dear in both regular labour and overtime.”

To address these problems, EBC took the decision to look for a best of breed warehouse management system.

EBC conducted a thorough review of the market in order find something which would precisely meet both their operational and financial requirements. They spent several months gathering information and found that most of the solutions out there involved high initial set-up costs which, as a co-operative, they would have found difficult to justify. This led them to start looking at cloud-based solutions.

Bill Rennie said: “When we first came across Snapfulfil, what they offered seemed too good to be true but once we spent some time with them, it was clear that both their system and their No Capex model were perfect for us. Our IT guys were also impressed with how straightforward the integration with our ERP was and we were satisfied that there was nothing we needed that Snapfulfil couldn’t do.

“As a result we decided to stop looking and get started with Snapfulfil as soon as possible.”

While financial considerations were a major factor in the selection process, EBC were also impressed with the system’s functionality, which was superior to many of the more expensive, on-premise systems they looked at.

Following the decision to select Snapfulfil, implementation was completed in just two months, from project kick-off to stock take-on.

Almost immediately following the implementation of Snapfulfil, EBC found that they were able to complete the daily workload with a man less than before and also eliminate much of the overtime burden on the business, equating to an estimated cost saving of circa £20,000 per annum.

Snapfulfil also allows EBC to accurately monitor individual work rates which has proven to be a highly effective workforce management and training tool.

Bill Rennie said: “Snapfulfil not only allows us to identify poor individual performance but also helps us to understand the reasons behind it. For example, it might be that there is something within the warehouse layout or process which is causing a bottle-neck and having visibility to this allows us to continually optimise the operation.

“This is especially important in our business – cycling is increasingly style and fashion-led which means that our stock profile can change quite radically from season to season. Snapfulfil shows us the impact of this on our performance and helps us to identify where we need to make changes in order to maintain our performance.”

EBC currently treats its direct to consumer channel exactly the same as any of its physical stores, bulk picking the stock to fulfil online orders which are then individually picked and shipped. Over the next few months, the co-operative plans to integrate Snapfulfil with its e-commerce site in order to migrate to a true item picking operation for the more efficient fulfilment of e-commerce orders.

EBC also operates an assembly facility which builds and customises bikes to meet specific customer orders and plans to use Snapfulfil to streamline the management of unassembled bicycles into assembled and customised units, allowing the finished job to retain its top end identification SKU, and a more individual (frame number) identification SKU, both readable by bar code.

Bill Rennie concludes: “We know that Snapfulfil has more to offer than we are currently using and will continue to explore and exploit the rich functionality within the system as our operation continues to grow and evolve.”