BS Handling Systems has successfully completed its biggest contract to date for ASOS allowing the giant fashion etailer to double its sortation volume to around 15,000 parcels an hour. 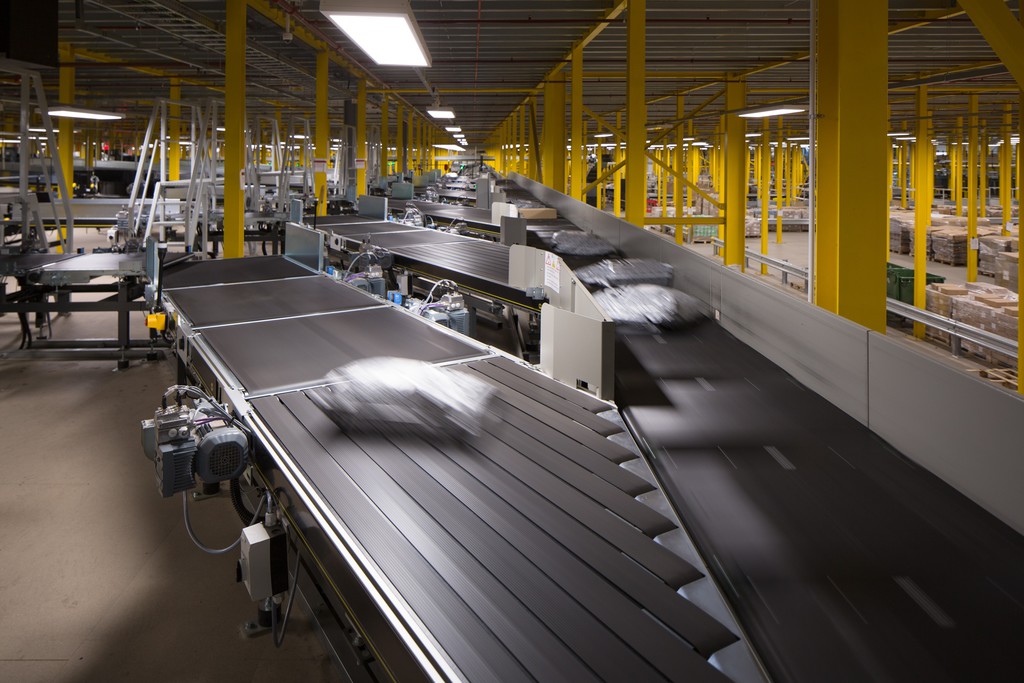 Last year ASOS reported a 26% increase in retail sales to £1.4bn across its UK and international markets. It was this growth which prompted the requirement for increased sortation capacity at the company’s global fulfilment centre in Barnsley.

Installation of the new Interroll horizontal cross belt sorter and Intralox ARB diverters has enabled ASOS to double its throughput capacity while also increasing flexibility and resilience. Now parcels can be routed from the packing lines to either the new or existing sorters. This principle ensures there are no potential bottlenecks in the system, parcels and poly bags are in constant flow from pack bench to carrier trailer.

At peak sale time in November, the company was sending out up to 250,000 orders a day, while continuing to maintain its next-day delivery proposition. 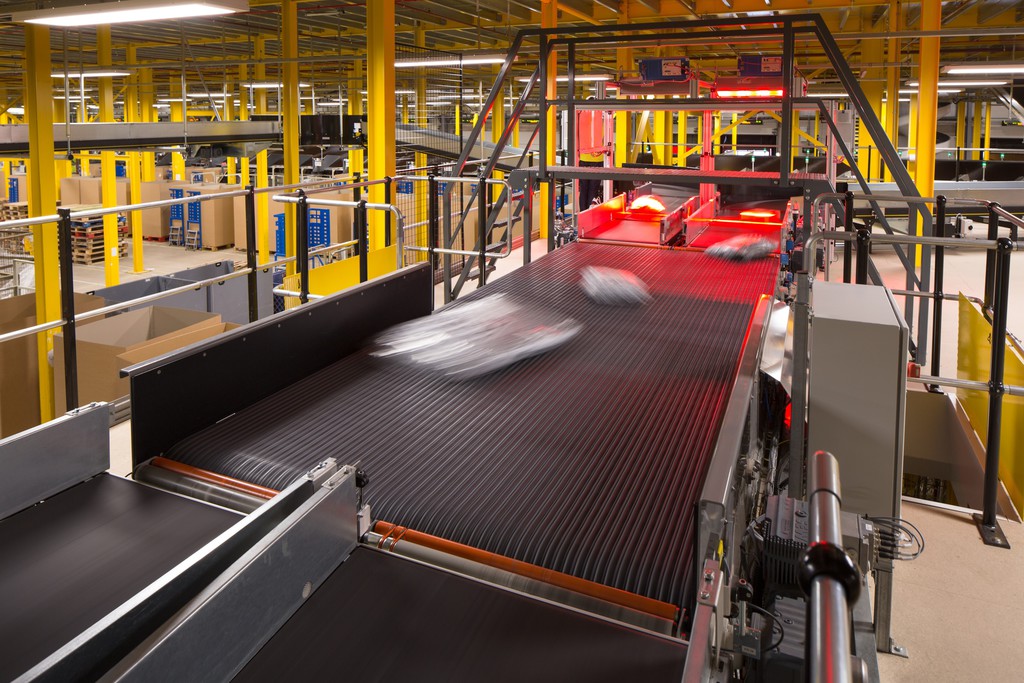 Mike Kosciukiewicz, senior development manager, ASOS Supply Chain, is clear why he selected BS Handling Systems to complete this most demanding of projects, “Fitting a new sortation system into our fulfilment centre, which already has an existing sorter and a high volume of 4m pitch mezzanine columns to be navigated around, was one of the biggest challenges of the project. If we could have started with a blank canvas it would have removed a lot of the complexity.

“To further complicate matters, our customers are now buying more items per order which has increased the size of our packages. These larger poly bags and parcels were too big for the existing sorter and were previously manually sorted, which was very labour intensive. Our new sortation system needed to be able to accommodate both the largest and smallest parcels.”

Kosciukiewicz continues: “When you looked at the proposed layout from BS Handling you could tell that they had really listened to what we were saying and understood what we were aiming to do. They were absolutely immersed in the design process with us, sharing ideas and being creative while also being realistic in terms of what would work operationally and the cost implications.

“In terms of what won it for them, it is their attention to detail and the fact that they are very customer focused and collaborative. They not only came back with the best design, but also with the shortest lead-time and a realistic price.”

In order to integrate the new sorter with the original system, BS Handling provided a solution which required breaking into each of the existing sorters eight conveyor feeds and introducing switching devices to divert the orders to either the new or existing sorter. This was achieved by using four single and four double Intralox ARB switching units which were installed on new mezzanine platforms.

As the parcels approach one of the eight switching units they pass under, and are scanned by, one of eleven new feed camera scanning systems, which sends a routing request to the client’s WMS, and the response determines the direction taken at these diverts – new sorter, existing sorter or to a dump chute option fitted to each of the units.

If product is destined for the new sorter, conveyors transport the parcels by an intricate overhead route up and over the existing sorter and on to the new sorter induction units, where they are fed onto the cross belt carrier when a suitable gap becomes available. Each package then passes under one of the two sorter overhead camera scanning stations and is sent to the correct destination chute, one of 122 available on the sorter.

BS Handling were absolutely immersed in the design process with us, sharing ideas and being creative while also being realistic in terms of what would work operationally and the cost implications.

Another feature of the system is that BS Handling has fitted feed conveyors from three new ground floor packing zones to give ASOS the ability to merge packed goods from areas other than the original eight packing conveyor feeds. These new pack conveyors send the parcels and poly bags up incline belts to takeaway conveyors which are suspended under the sorting mezzanine. The items travel to the double Intralox diverters, where they are scanned, merged and routed in the same way as all other items.

Two of the sorter destination chutes feed directly onto overhead takeaway conveyors. These ultimately feed onto new extendable loading booms so that parcels can be directed for loose loading straight into the back of the carrier vehicles. Additionally a further two booms have also been supplied for the existing sorter.

BS Handling has also supplied all of the automation and software controls which integrate with the ASOS warehouse management system to keep the operation functioning 24 hours a day, seven day a week.

“This project has enabled us to double our sortation volume to around 15,000 parcels an hour giving us plenty of capacity to support future growth,” concludes Koscuikiewicz. “From the start to the finish BS Handling Systems made sure they delivered on their promise to make it a success, they have excelled themselves.”