The Department for Transport has today (12 April 2017) announced the preferred route for a new Lower Thames Crossing that could create more than 6,000 jobs and boost the economy by more than £8 billion.

The new crossing will create a new link between the A2 and the M25 and reduce the burden on the busy Dartford Crossing. The Lower Thames Crossing is expected to carry 4.5 million heavy goods vehicles in its first year.

This investment in our roads can help transform the growth potential of our country and improve people’s journeys to and around the south-east.

The planned route will run from the M25 near North Ockendon, cross the A13 at Orsett before crossing under the Thames east of Tilbury and Gravesend. A new link road will then take traffic to the A2 near Shorne, close to where the route becomes the M2.

This route was identified by the majority of nearly 47,000 respondents to a consultation on a new Lower Thames Crossing as the best solution for reducing traffic and congestion at the Dartford Crossing and for boosting the economy by improving links to London and the Channel ports.

A further £10 million will be used to improve traffic flow at and around the existing crossing as well as studying ways to further tackle congestion. This will include a wide-ranging investigation into options to cut ‘rat-running’ through Dartford and Thurrock. 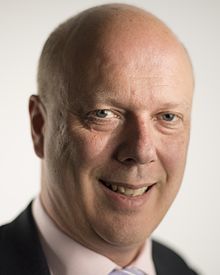 Transport Secretary Chris Grayling said: “We are making the big decisions for Britain The new Lower Thames Crossing, and other improvements in and around Dartford and Thurrock announced today, will further strengthen our economy while also creating thousands of jobs.

“Our £23 billion investment into our roads is already making a difference, with schemes being completed across the country, including the M1 Catthorpe junction and A556 at Knutsford, cutting journey times for millions of motorists.

“The schemes announced today not only show we are taking decisions, we are planning upgrades and we are completing roads – making the lives of millions of motorists better.”

In addition to the Lower Thames Crossing, the government is investing a further £66 million to widen the A13 Stanford-le-Hope bypass from 2 to 3 lanes. This will help create more than 4,000 jobs and unlock the development of hundreds of new houses, and improve links to Tilbury and new London Gateway ports. This investment is part of a £78.85 million Thurrock Council project scheduled to be complete by the end of 2019.

Tim Waggott, Port of Dover Chief Executive, added: “The Lower Thames Crossing is an essential ingredient of the strategic infrastructure mix required to deliver national economic prosperity. The port fully supports today’s announcement by the government and warmly welcomes its commitment to keep the nation’s traffic and trade moving.”

Keep the big picture in mind

The location chosen is one of three which were proposed as an option to ease congestion around the Dartford Crossing and ease congestion forecast to occur as traffic levels increase.

“The decision to proceed with the third crossing over the Thames is long overdue,” says Natalie Chapman, the FTA’s Head of Policy for London and the South East. “Congestion at the Dartford Crossing is predicted to reach pre-Dart Charge levels by 2020, while the Blackwall Tunnel has become a cause of impossible delays for many of our members. We welcome today’s decision as a positive step towards tackling the congestion which occurs at the existing pinch points along the Thames.

“However, unless the new crossing constructed with the country’s future infrastructure in mind, it will simply transfer congestion to other parts of the road network. Our members want this new crossing to be properly planned and implemented, with minimal disruption, to ensure that British businesses can continue to operate efficiently both in the UK and on the continent. Without that forethought, congestion will simply be driven to other parts of the road network.”

Highways England has been consulting on the three potential options for the new crossing since May 2013.  The selected route, which connects the A2 with the M25, is expected to carry 4.5 million heavy goods vehicles in its first year.

“The M2 / M25 route is a vital cog in the country’s freight machine,” continues Chapman, “and it must continue to work as smoothly as possible, as we move towards leaving the European Union, to ensure that British companies can trade without delays both domestically and internationally. Transport networks both north and south of the River Thames have been crying out for improvement in the past few years, and our members will be keen to see more of our roads network upgraded to assist business to trade without friction.”