Machines are increasingly taking over tasks that humans have performed for decades. From Luddites in the 1800s to modern day “digital refuseniks”, some have always resisted change, and yet today’s robots are more capable than ever. So will workers rejoice at being unshackled from repetitive and dangerous tasks, or should we brace ourselves for high-performing smart warehouses becoming deserted dark logistics facilities? 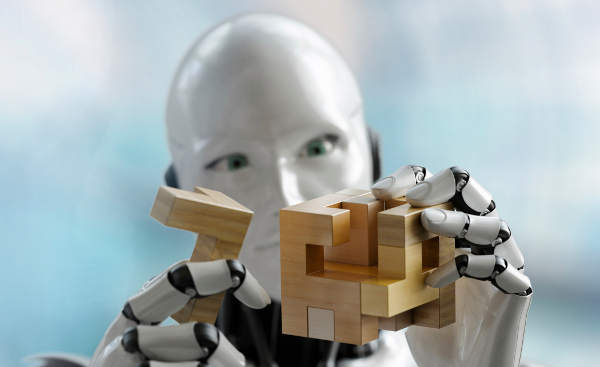 It’s a common story, told throughout our modern history, where innovation is challenged by tales of fear and dread. Perhaps the outcome is never quite so stark. In many areas, robots make life easier; they are guiding vehicles autonomously, they function as underwater researchers or assist in surgeries that require precise hand movements. Industry and logistics also offer many possible applications for robots, a development driven primarily by the tremendous progress achieved in digital networking, control and sensor technologies, and generally lower integration costs.

Despite the fact that advances in technology are also accountable for healthier, happier and longer lives, and that often they are primarily there to help humans, rather than replace them, for many, their excitement is tempered by the potential impact on future employment. However, findings from recent studies in Switzerland and the US indicate a more promising outlook.

Swisslog is a world leading automation specialist for robotic and data-driven intralogistics solutions and is at the forefront of the new frontier, dubbed Industry 4.0.

It believes logistics managers should consider the advantages of automation and the opportunities it brings to the table. “Robotics and automation clearly offer more opportunities than risks, but only if we embrace them as drivers of future growth,” states Dr. Christian Baur, COO of the Swisslog Group and CEO of the Division Warehouse & Distribution Solutions.

While the wider belief is that warehouse automation means removing human interaction, Swisslog’s AutoPiQ solution is based on a shared picking principle: The robot picks the items that it is able to pick – which can be up to 95% of a company’s product range – and a worker finishes the order.

According to Kirt Laeske, Product Manager for Robotics at Swisslog, there are definitely signs that the work environment of logistics centers are changing. “Today, robots no longer need to work in isolated safety areas. They perform their tasks side by side with humans, and are already able to take over the simple and repetitive tasks of unskilled workers during order peaks and personnel bottlenecks.”

Laeske believes that there is no reason to fear that robots will replace the work of humans in logistics centers. “Machines are better than people at performing repetitive and uniform tasks, but they lack the elementary cognitive skills required for many logistics activities.”

In its pursuit of optimization along the value creation chain, Swisslog sees little benefit in deploying robots as stand-alone solutions, but rather to carefully combine the skills of human beings and machines.

Employment growth through robotics and automation

It is important to openly discuss the opportunities that come with advancement in automation, says the company, while equally assessing the wider impact on staffing, corporate responsibilities and the wider public perception.

Harvard economist James Bessen has recently shown in a working paper that merely one of the 270 detailed occupations listed in the 1950 US Census has since been abolished at the hands of automation. The only occupation listed that has taken a hit from the rise in automation in the past sixty years is an elevator operator – hardly an indication of a technological uprising.

A recent study of the Swiss employment market performed by the Deloitte auditing and consultancy firm came to a similar conclusion. Although automation did replace certain jobs over the last 25 years, overall it boosted demand for labour. “Work will not disappear,” stated the study. “On the contrary, technological progress in Switzerland is estimated to generate approximately 270,000 new net jobs by 2025.”

So, will there only be two types of human roles in the future, as some believe, either telling a robot what to do, or doing what one tells you to do?

“The truth is that progress always aims to reduce the cost, simplify, speed up and improve the efficiency of complex or repetitive operations,” concludes Dr Baur. “Yet, so many of society’s roles require the human touch. Aircraft can land themselves, algorithms can diagnose disease, and software can provide legal advice, but we still see the value in pilots, doctors and lawyers. We are not ready to give up humanity just yet, but we are able to release them from some of the more onerous tasks.”

The experts at Deloitte agree, citing the complementary effects of automation versus what it calls ‘pure substitution effects’. Rather than simply put people out of work, these (human) experts believe that the current technological upheaval will shift jobs within and between sectors, simultaneously generating risks and opportunities for employees.

“This distinction is important because it implies very different economic outcomes,” James Bessen wrote in a Vox column last year. “If a job is completely automated, then automation necessarily reduces employment. But if a job is only partially automated, employment might actually increase.”

Regardless of what the expert economists think, future-proof professions, for today at least, include all those in which creativity, adaptability and interaction with people or machines play a critical role.