As Brexit begins to bite with lost profit at Premier Foods, organisations should take action in their supply chain to mitigate damage, says Crimson & Co. 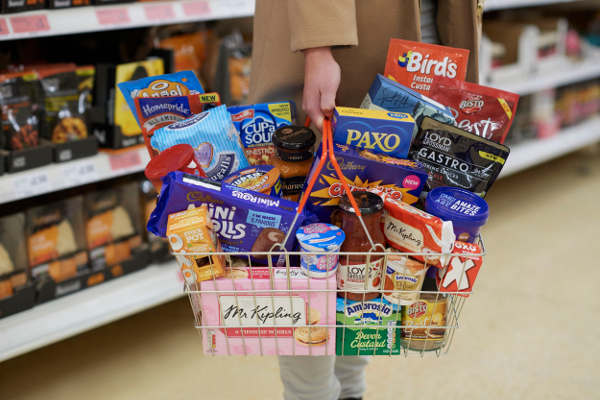 Premier Foods, the owner of several of the nation’s beloved food brands including Mr Kipling, Batchelor’s, and Oxo, announced this week that its full-year trading profit dropped 9.3 per cent, from £129.1 million the year before to £117 million, whilst sales fell 1.4 per cent  to £790.4 million. The FMCG organisation attributed the drop to the fall in the value of the pound, high commodity prices, and tough negotiating stances from Britain’s retailers.

The pound has been volatile ever since the announcement of the referendum results, hitting lows of €1.172 to the pound on the morning of 16th May, as inflation rose to its highest level since September 2013 at 2.7 per cent. Laura Magee, Principal Consultant at global management consultancy Crimson & Co, commented on how the weaker pound has already impacted business:

“The weakening of the pound in the wake of Brexit has had a direct impact on many businesses, increasing the costs of imports due to the worse exchange rate. Premier Foods are not alone in feeling the pinch – Nestlé had to increase prices at the beginning of this year, and many of our clients have been hit by increased costs. Uncertainty over Brexit will persist beyond the election as the complexity of negotiations with Brussels takes hold, so we can expect this difficult business environment to persevere.

“Many retailers have contracts with their supplier brands that prevent the latter from passing on the burden of increased costs to the retailer, and with consumers increasingly cognisant of the effects of Brexit on their weekly shop this is becoming an ever more unpalatable option for any brand looking to retain a good reputation with their customers.”

Magee identified the supply chain as a key area where FMCG organisations can begin mitigating the negative effects of the weak pound:

“Fortunately, there are actions that many organisations, whether FMCG or not, can take in their supply chain to mitigate the damage. First, they can enter negotiations with suppliers to keep prices low – this is easier for big organisations that wield more clout, although there is the potential for smaller organisations to cooperate in their negotiations. Any organisation that sources commodities can hedge pricing to insulate themselves from fluctuating exchange rates and provide a degree of pricing certainty. There is, however, a degree of risk associated with this.

“Regardless of size or appetite for risk, almost every business can look to improve the efficiency of their supply chain. There are many areas of the supply chain that potentially create waste, from keeping excess inventory, to having unnecessary downtime or an excessive number of change overs built into the system. Businesses should interrogate the logic of their end to end supply chains to see if there are any inefficiencies, as savings in the supply chain directly impact the bottom line.

“Finally, it’s worth discussing the situation with retailers and supermarkets. After all, they are aware of the Brexit effect, and could be open to collaborations and joint improvement planning for mutual benefit. For example, could organisations reduce inefficiency by arranging less frequent but higher volume deliveries to retailers? These are opportunities worth exploring.”

Magee concluded by commenting on what the future government should do after the General Election to help improve the situation for businesses:

“The referendum threw the business world into a state of uncertainty. It’s key that, whoever is in Number 10 on 9th June, they make it clear what exactly Brexit means. More certainty over the outcome of this process will allow the pound to stabilise more. Moreover, many British companies rely on EU imports for components or raw materials to be used in UK manufacturing. Making it easy to do business with Europe will therefore be key.”