Stuart Taylor of Mentor FLT Training explains how a complacent attitude to safety is more dangerous than ever - for you and for your business – and advises the best way to keep ‘complacency creep’ in check. 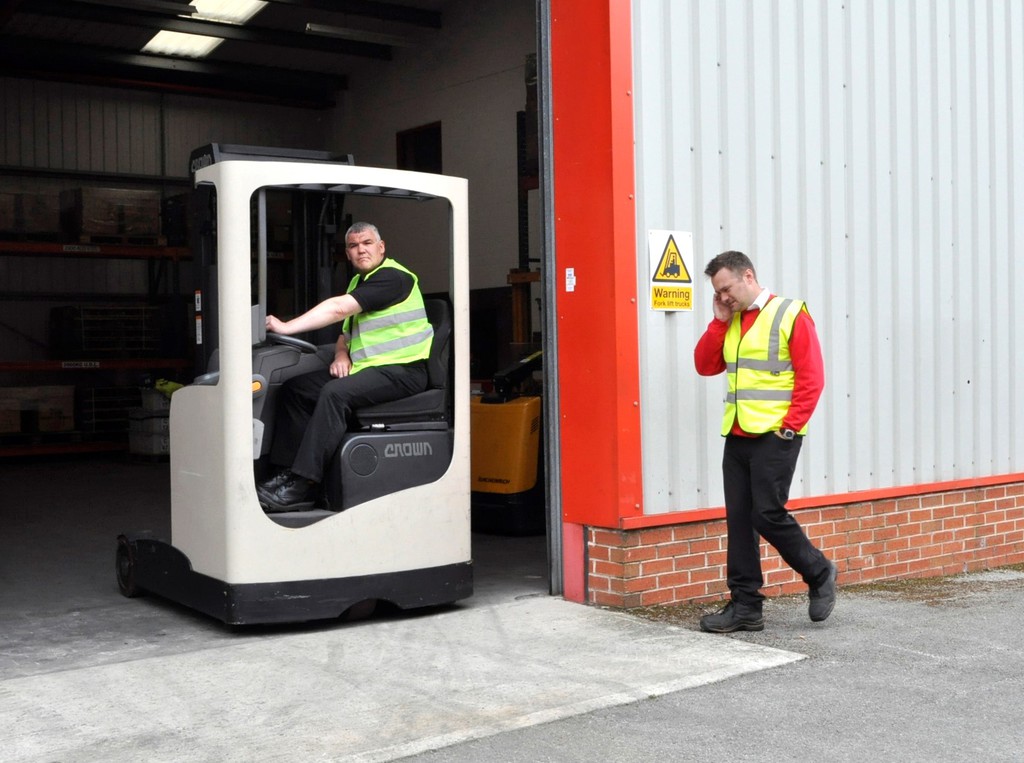 With constant advances in technology, vehicle cameras and CCTV are becoming increasingly adopted as valuable monitoring tools. Throw in the ever-growing use of smartphones, and it's easier than ever to capture - and share - incriminating photos and videos of unsafe practice…

At a time when fines and prosecutions for breaches of health and safety are at an all-time high, can you afford to be complacent?

The often-repetitive nature of tasks carried out by forklift operators means that even the best -trained and most safety-conscious teams are at risk of ‘complacency creep’ – a gradual decline in standards of safe operation, which develops as a result of insufficient supervision. It’s a common problem that, now more than ever, could have serious implications.

While it shouldn’t take the increased threat of being caught to encourage proper safety protocol to be followed, each year we see hundreds of accidents happen as a direct result of bad habits, including corner-cutting and shortcuts.

What’s more, any benefits gained from skirting the rules are strictly short-term and, are often quickly undone, sometimes in devastating fashion: from potentially life-changing injuries to damage to stock, racking, equipment and your business’ reputation.

Recently, a UK worker was fined thousands of pounds and handed a 6-month suspended prison sentence after his breach of health and safety law was caught on camera and reported to the HSE. Courts heard how office workers in a building opposite his worksite had photographed him working without the appropriate safety precautions. He claimed that he was rushing to do the job, as it was behind schedule, and decided not to wait until the area was made safe.

And it’s not just operators being caught in breach of the law. The managing director of a fabrication firm was hit with a 30-week suspended sentence earlier this year, and his company fined £25,000 after he was caught using a piece of equipment issued with a prohibition notice by an HSE inspector, just 2 hours after its use had been banned. The inspector unexpectedly returned to find the director using the condemned equipment, which ran the risk of explosion, risking not just his own life but those of his staff.

Cracking down on complacency at all levels of the workforce, from the top down, is vital both in terms of human cost and your bottom line. More than 100 individuals are seriously injured in forklift accidents each month; that’s 100 families affected. And the result for your business? Aside from the potential fines and legal fees, there’s sick leave, compensation, not to mention reduced morale among colleagues, which can impact productivity.

Even bumps, scrapes and dropped loads add up. It’s estimated that for every £1 spent on forklift repair, between £5 and £20 of damage is caused elsewhere and racking maintenance alone can greatly eat into your profits. And let’s not overlook the cost of disruption, aisle closures, clean up and missed deadlines. Ask yourself: how many late or damaged deliveries will your customers take before they start shopping for another supplier?

Even if the HSE don’t find cause to prosecute, the financial cost could be huge, with fines for breaching Health and Safety regulations now reaching the millions more regularly than ever.

By providing the relevant training throughout your workforce, you can raise awareness and make your operation safer, smarter, and more efficient. Regular training for drivers will remind them of the importance of safe operation (and the serious potential consequences of bad practice). Managers need to know what danger signs to look out for and have the confidence to stop unsafe behaviour in its tracks. And pedestrians working alongside lift trucks must not be overlooked – by making them aware of the dangers, and how to avoid them, your site will be safer for everyone working there.

You won’t be caught out with a properly-trained workforce that understands the risks and is sufficiently supervised to ensure complacency doesn’t creep in. And as a result, you’ll be able to make substantial savings on costly damage and disruption and create a safer workplace for all. It’s win-win.