Trailer moving system allows pedestrians to move up to 11,000kg. 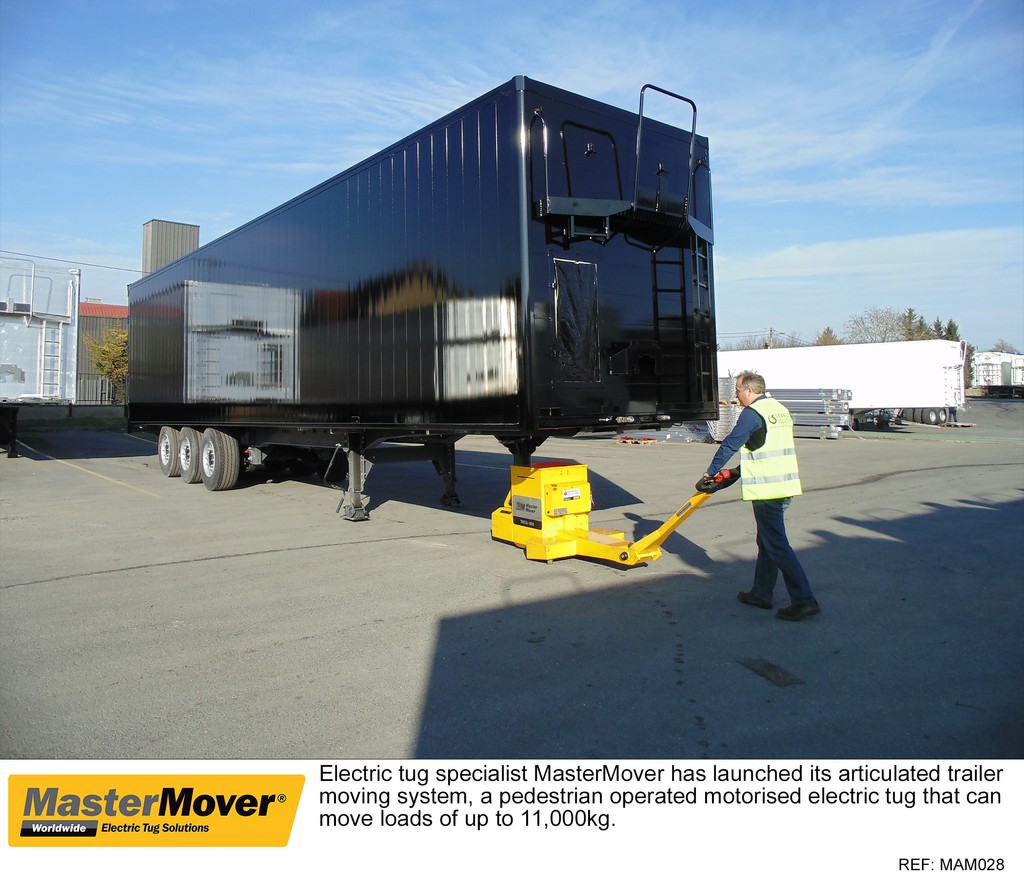 Electric tug specialist MasterMover has launched its articulated trailer moving system, a pedestrian operated motorised electric tug that can move loads of up to 11,000kg. The product, named the TMS1650+, is ideal for use by maintenance staff in the automotive, logistics, rail and transport sectors.

The TMS1650+ uses a hydraulic weight transfer system to allow pedestrian operators to easily move large loads, such as unladen articulated lorry trailers and train carriages, by raising the front of the trailer off its stands. This makes it quicker and easier for staff to conduct and complete routine maintenance and cleaning.

During operation, the tug’s AC motor allows for controlled handling of the load by providing high torque at low speeds. This means that operators can move objects with the same level of ease regardless of whether the machine is moving at 0.1km/h or its maximum speed of 5km/h.

“The trailer moving system represents a step forward in pedestrian operated trailer handling equipment,” explained Andy Owen, managing director of MasterMover. “Traditionally, plant and site staff would be required to use forklifts to move lorry trailers, train carriages and tankers. However, the time spent loading, mounting and operating forklifts — as well as the waiting times that are often involved — reduces process efficiency.

“We are seeing more businesses adopt lean principles into their operations in recent years. In fact, a 2014 survey from LNS research showed that three-in-five manufacturers were developing lean resource management plans. Time is an invaluable resource, so lean plant managers must aim to minimise instances of time wastage.

“The TMS1650+ was developed to meet this requirement for the lean handling and transportation of large, heavy loads. Its hydraulic system provides power that rivals and exceeds that of many industrial forklifts, but without the large footprint and issues with availability.”

The tug is fitted with several safety features to ensure operator safety during use, such as automatic braking and cut off. For example, the automatic braking function will immediately come into effect if the operator releases the controls during use. The TMS1650+ also includes an emergency stop button and warning horn.